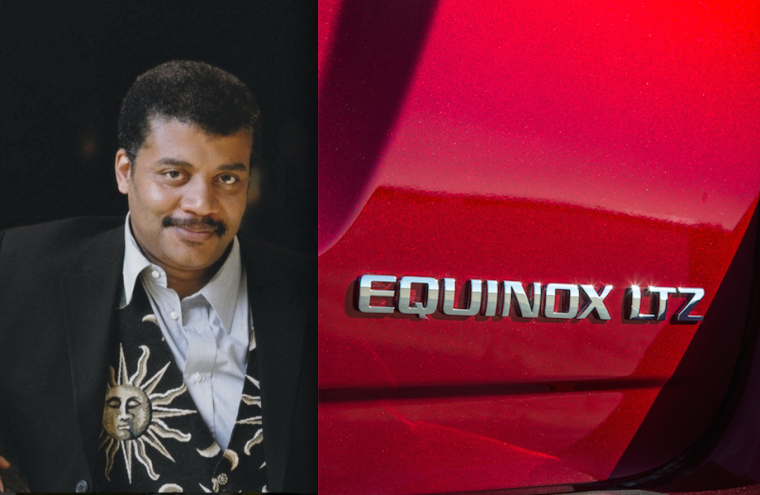 Noted astrophysicist, Cosmos host, and rap battler Neil deGrasse Tyson took to Twitter yesterday to share his thoughts on vehicles. Not which ones he thinks are the most environmentally friendly, or the most technologically advanced, or even the coolest—Tyson was focused on which cars have the most outer spacey names.

It all started with this tweet about Subaru’s name and logo, which provided a little tutorial for anyone that hasn’t read our own article on the history of the brand’s badge:

Interesting stuff. But Neil wasn’t finished. No, the noted astrophysicist had some other observations to make:

Gotta love the classic Chevy Nova. But not sure if General Motors knew the car shared a name with stars that just exploded. — Neil deGrasse Tyson (@neiltyson) April 29, 2016

Heh, yeah, that is pretty funny…

Yep, I suppose those fit, too. Welp, I guess…

My full list of Cosmic Car Names. @Ford does well. So does @GM, especially in their @Chevrolet line: https://t.co/ciqV5eFRnc

That’s right, Neil deGrasse Tyson spent his Friday making a comprehensive list of 33 different car names that are related to the cosmos! And who knows, maybe none of this interests you in the slightest. But if so, then guess what? Neil’s got a term for people like you:

Do you feel like Marvis Frazier circa-1986? You should. Because you just got KO’d by Tyson, bro.