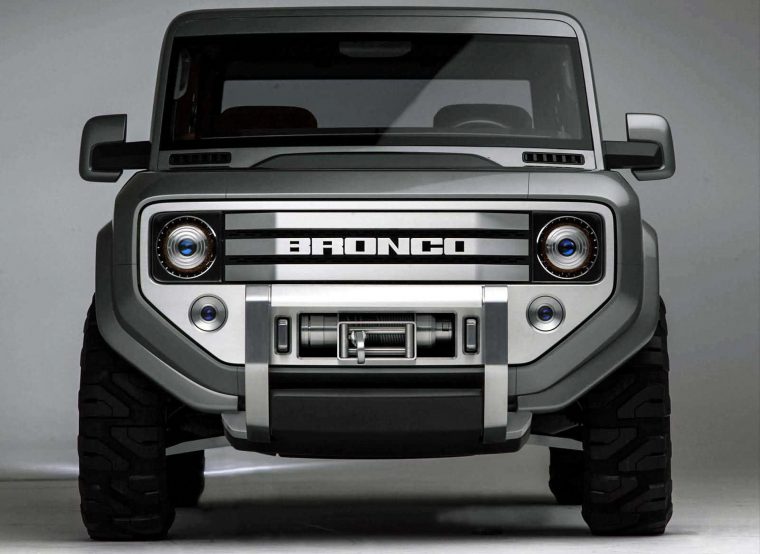 Look, Donald Trump is objectionably irredeemable and terrible, okay? He’s a petulant manchild who doesn’t seem to have the temperament necessary to run a pizza shop on a Friday night, never mind serve the interest of the people as the President of the United States, and his relationship with reality is tenuous at best and practically non-existent more often than not. These are all things that we already know, and things that he willingly puts on display when he, say, goes on national television and warns that Ford plans to “fire all their employees” in the United States.

For all the credit that Trump is willing to give himself for things he said (but actually didn’t) or things he did (but actually hasn’t), he can take credit for one thing: his outlandish comments about the fate of employees at Ford’s Michigan Assembly Plant have ostensibly forced confirmation that the two new vehicles set to be manufactured there are indeed the long-rumored Bronco and Ranger. In the end, he’ll probably take credit for building the things as well.

Bill Johnson, plant chairman for UAW Local 900, told the Detroit Free Press last week that Trump “needs to get his facts straight,” noting that he has built his campaign against Ford’s manufacturing efforts in Mexico seemingly oblivious to the reality that numerous other American automakers manufacture and import vehicles not only from Mexico, but from Canada, Europe, and China among other places. Assuming that Trump would understand this assumes that Trump would stoop so low as to do research or read like a pleb.

What Johnson also let slip was the name of the two products replacing the C-MAX and Focus at MAP:

“We hate to see the products go to Mexico, but with the Ranger and the Bronco coming to Michigan Assembly that absolutely secures the future for our people a lot more than the Focus does.”

A few days later, Freep spoke to Johnson again about the Bronco and Ranger’s return, where he confided that the news had been revealed to UAW last year, presumably during negotiations that led to a new labor agreement being signed in November.

Ford released a statement, saying: “We have committed to two additional vehicles moving into the Michigan Assembly Plant, beginning in 2018, and we remain on plan. We are not announcing specific products at this time.”

Ford announced plans to move small car manufacturing from Michigan Assembly in April after it had been rumored as far back as January. Ford in February also announced plans to build four all-new SUVs by 2020, which led many to presume that the Bronco would be among them. Now, it seems all but certain that it will be.

Certainly, to anyone who has been paying attention, the move should come as little or no surprise. However, when you’re Donald Trump, being behind is just kind of your thing, whether it’s being five months behind on Ford manufacturing news or being stuck 50 years in the past on seemingly every sociopolitical issue.