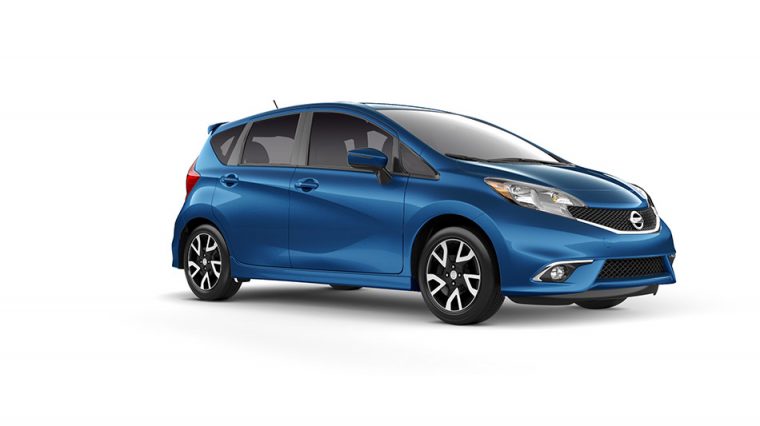 We’re not going to lie, it is a bit exciting when a new or facelifted vehicle leaks ahead of a manufacturer press release. It lets us get a look at the vehicle without all the fancy showmanship usually attached with a reveal. While the initial judgments might be changed once we have real facts, they’re usually pretty telling as to how we will react further down the road.

This week, the new Nissan Versa Note was leaked on the Japanese site Liveblog and Indian Autos Blog. Two photos of the vehicle, which is due for its mid-cycle refresh, are shared, as well as several photos of promotional text in Japanese. According to Green Car Reports, the text touts that the Nissan Versa Note is now a hybrid, and the engine only exists to recharge the car’s battery, not its wheels.

Looking at the exterior of the vehicle, one can see that it has been slightly restyled. While the general shape is still the same, the nose has been given the new “V-motion” grille that adorns the rest of the Nissan lineup. The flowing lines along its body seem to also echo those on the newer Nissan models.

While we’re excited for the refreshed Nissan Versa Note, don’t hold your breath when it comes to a hybrid version making it to American shores. The vehicle doesn’t sell near as well over here in the US as it does overseas, thanks to our preference for sedans over hatchbacks and the slightly less polished interior appointments in the vehicle shipped to the United States. We can dream, though, that Nissan will send over an affordable hybrid as competition for the Chevrolet Bolt.