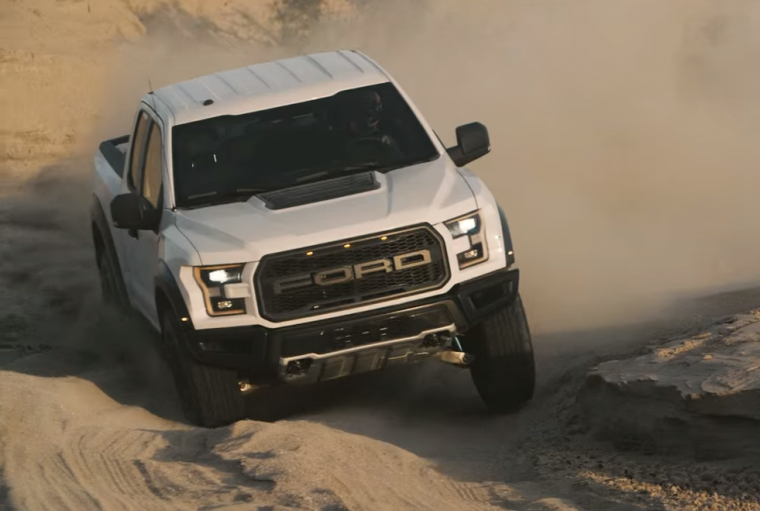 While American consumers continue to debate which is the best truck among the 2016 Ford F-150, Chevy Silverado 1500, and RAM 1500, the Ford motor company has been busy putting the final touches on its new high-performance Raptor pickup, which it recently showcased in a new video displaying the vehicle’s extreme off-road abilities.

Do It Yourself: Use these tricks to remove unwanted scratches from your car or truck

This new video was shot in the Mojave Desert and is part of a six-part monthly series designed to illustrate the capabilities of the new F-150 Raptor. Throughout the one minute video, Ford’s new high-performance truck flies through the air, climbs sand dunes, does a few donuts, and even performs some low-speed rock crawling. In addition, Ford threw in a few slow-motion shots of the truck, that way consumers could get an up close look at the Raptor’s unique design.

While the 2017 F-150 Raptor is scheduled to go on sale later this year, Ford still has yet to release full details concerning the truck’s performance abilities, except for saying it will feature more horsepower and torque than the previous Raptor. However, Ford did announce this new high-performance pickup will be roughly 500 pounds lighter, thanks to the use of military-grade aluminum alloy in its design.

The 2017 F-150 Raptor will be built at the Dearborn Truck Plant and will be the first Ford model released with the new 10-speed automatic transmission, which Ford co-developed with General Motors.

Rumors suggest that the new Raptor pickup could boast up to 450 horsepower, but until Ford officially confirms that report, this new video is all we have to judge the truck’s performance potential.