All-New Volkswagen XL2 May Be In the Works 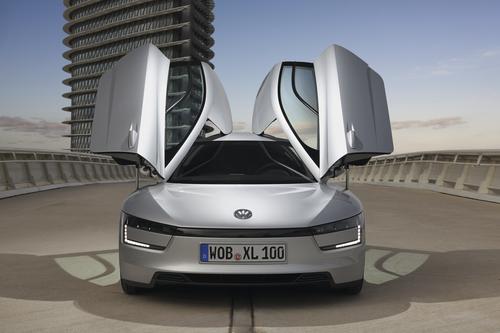 The Volkswagen XL1 was designed to be capable of traveling 100 kilometers (62 miles) on 1 liter of fuel, while also looking and feeling like the car of the future (or, at least, looking like what kids who grew up on Back to the Future think the car of the future will look like). VW appears to have succeeded in their goal, and the German auto manufacturer bills their XL1 as the most aerodynamic and fuel efficient production car in the world; touting its incredible European combined fuel consumption rating of 261 mpg (although it only takes diesel, which is more expensive than regular unleaded, so that’s where they get you).

Only 250 XL1 units were produced in 2013, and the car is currently only available in Germany, where it has a steep $169,900 price tag attached. Now there are rumors of an XL2 being planned, which will distinguish itself from the XL1 by adding, appropriately enough, two more seats.

The current XL1 is a two-seat coupe, and doubling the sport car’s seating will obviously add extra weight, which will necessitate a larger (and also heavier) powertrain. The changes are expected to add 150 kg to the car’s weight, for a total weight of 795 kg (that’s 1,750 lbs to you Americans, who can’t even buy the damn thing).

To retain its title as the most aerodynamic production car ever built, the new XL2 will reportedly stagger its four seats to keep the car’s width as narrow as possible, and the back doors are said to be hinged at the rear. 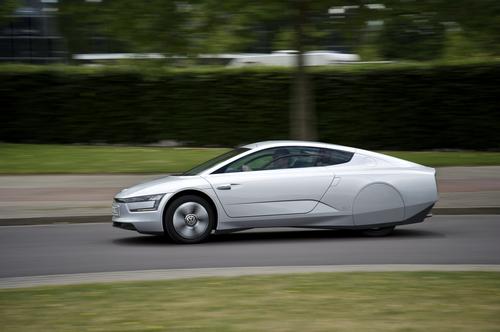 The XL1 in profile

It’s almost guaranteed that the four-door XL2 will cost more than the already premium priced XL1, which may make it a tough sell. After all, VW’s own obnoxiously named Volkswagen up! city car seats four and costs a tenth of the price of the XL1. Sure, the up! only gets 52 miles to the gallon, but you would have to drive your XL1 roughly a million miles before you would have saved enough money on gas to break even.

Get Active: Go wherever you want with the VW Tiguan GTE Active Concept