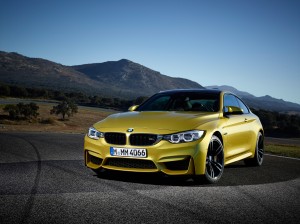 New Year’s Eve is right around the corner, which means gyms and organic grocery stores will see a spike in sales as people make their annual commitment to shed a few pounds. BMW has gotten a jump on the weight-loss trend, and they didn’t even have to resort to Atkins or gluten-free dieting: the newly unveiled M3 Sedan and M4 Coupe will both be lighter and fitter, thanks to the use of high-quality aluminum and carbon-fiber reinforced plastics.

Forbes reports that a carbon-fiber reinforced plastic roof panel saves 11 pounds on the M3 and 13 pounds on the M4; this succeeds in lowering both vehicles’ centers of gravity, improving handling, and increasing performance and aerodynamics. 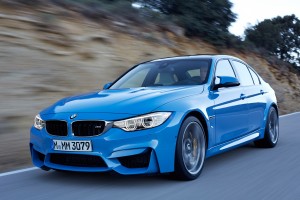 “A committed lightweight design concept produces a weight saving of around 80 kilograms over the outgoing M3. The BMW M3 and BMW M4 take motor sport technology from the track to the road, and thousands of laps of the legendary Nürburgring Nordschleife – the world’s most exacting race track – have readied the new models for that transition,” added Nitschke, who is in no way related to a famous and similarly-named German philologist.  Meticulous and passion-fuelled development work has underpinned the creation of two high-performance sports cars that set new standards in terms of overall concept, precision and agility.”

The now unveiled M3 Sedan and M4 Coupe will make their debuts at the upcoming 2014 North American International Auto Show in Detroit. Given the guarantee that the M3 Sedan and M4 Coupe will both be lighter and fitter, does it bolster your commitment to make the same happen for yourself this New Year? Leave us a comment and let us know what your New Year’s resolution is!

And don’t forget to check out our M3 Sedan and M4 Coupe photo galleries!