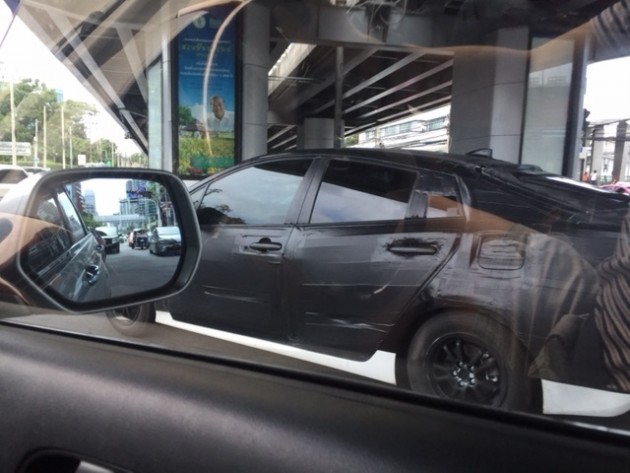 The countdown is on for the release of the fourth generation Toyota Prius, which is set to make its debut sometime this fall. We have yet to see exactly what the new hybrid will look like, but last month’s blurry spy shots taken in California gave us some idea. Now, that idea is getting even clearer, thanks to some photos snapped by a Prius fan in Thailand. 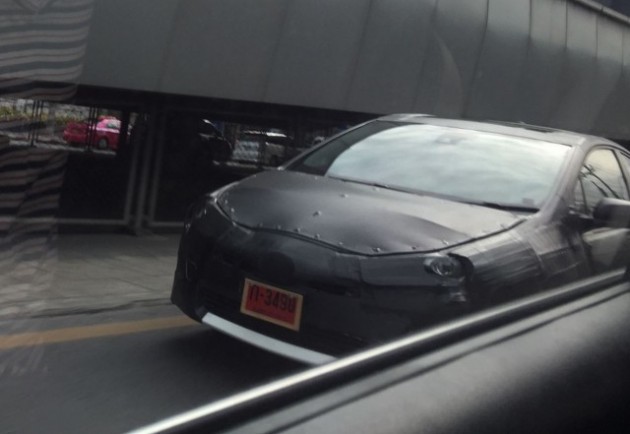 The photos appeared in Headlight Magazine’s forums, and were found by Indian Autos Blog. They show the camouflaged Prius cruising the streets of a large Thai city, and give us a better idea of what to expect from the upcoming hybrid. We already know that the next-gen car will have even better efficiency than its current offering, which boasts 51 mpg in the city and 48 mpg on the highway. From the looks of things, the 2016 Prius’ overall stance will be lower, while its tail will be proportionately higher than the current model. Additionally, the prototype Prius has an inverted U-shaped decklid spoiler. Blacked-out alloy wheels complete the look of the 2016 Prius, which is expected to be much sportier than its predecessor. 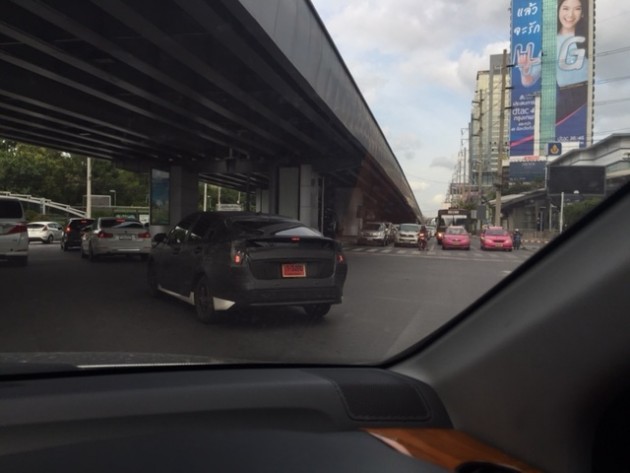 No official word has been given on when we can expect the 2016 Prius’ debut, but it’s widely thought to make its first ever global appearance either at the Tokyo Motor Show in October or the LA Auto Show in November. Watch this space for more updates as and when we get them!