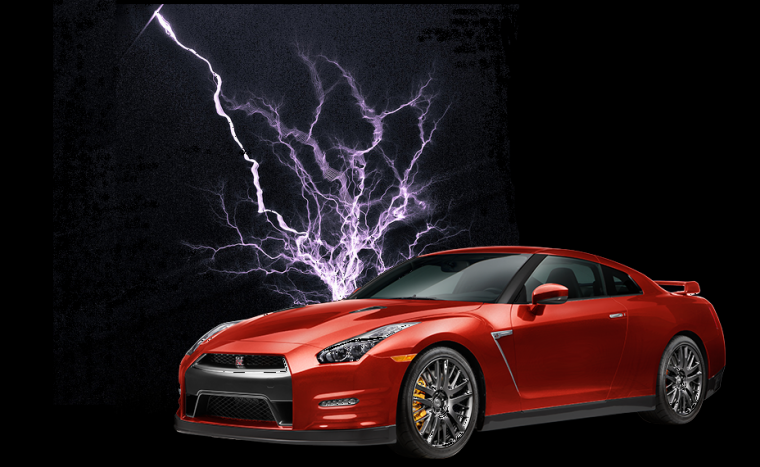 Since the beginning of the modern drive to build electric vehicles, Tesla has shown us again and again just how good an electric performance car can be. As a result, makers of the world’s current gas-powered performance cars have started coming up with so-called “Tesla-fighters.”

And now Nissan, creator of one of the best available performance cars, the GT-R, is hinting at a future where the brand’s premier sports car could become more literally like greased lightning.

In an interview with BBC’s Top Gear, Nissan’s European EV Director Gareth Dunsmore implied that an all-electric GT-R could someday shoot silently (electric cars make no noise) down the street.

“The rate of change over the last five years has been phenomenal,” Dunsmore told TG. “We can’t build an electric GT-R today. But do I want to? I’d love to. Will we be able to do that in the future? I can’t see a technical reason why we wouldn’t be able to implement electric vehicle technology in something like a performance vehicle.”

Unfortunately this is a comment seems more or less in passing, as when asked directly about an electric GT-R, Dunsmore said, “It would be a phenomenal place to go, but we’d need to do these things with credibility, take our expertise and know-how and make sure if we go to that step, it’s world beating, as the GT-R is today. It needs to be a world beater.”

So, maybe not an all-electric GT-R, then. However, Nissan does have a history of playing with the electric side of things—one of the three concept vehicles the company is showing off at the upcoming Tokyo Motor Show, the Teatro for Dayz, is all-electric, and another, the Z-inspired crossover Gripz concept, is a hybrid. This, of course, isn’t even mentioning Nissan’s current all-electric vehicle, the LEAF.

It’s About More than the Idea: Check out the Nissan Gripz crossover

Oh, and the next-gen GT-R is expected to be a hybrid, according to Nissan’s Andy Palmer, so we’ll be watching for it.