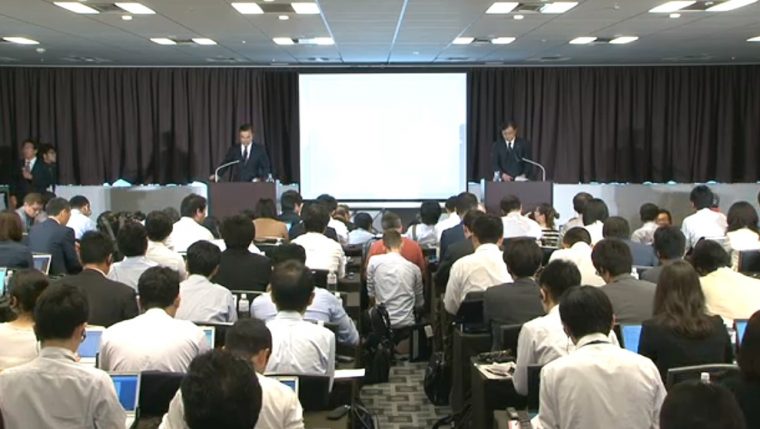 Someone needs to call Renault and make sure it’s all right, because Nissan has just formed a new alliance with a different automaker. In all seriousness, the Renault-Nissan Alliance is as strong as ever, and that strength has made Nissan confident enough to purchase a 34% controlling stake in Mitsubishi Motors, which is a smaller piece than the 43.4% Renault owns of Nissan (Nissan owns 15% of Renault). If the Renault Nissan Alliance is a marriage, the partnership between Nissan and Mitsubishi looks more like a sponsorship or adoption, especially since it has not been reported that Mitsubishi is buying into Nissan at all.

Just Pure Nissan: Check out the Nissan GT-R in its hand-built glory

Along with the purchase, the two Japanese automakers have signed a Basic Agreement to outline the parameters of their relationship. Both brands are committing to joint purchasing, which should help shrink costs, as well as joint plant utilization. Mitsubishi and Nissan will also share some common vehicle platforms and share technological and engineering developments.

This is not the first time that Nissan and Mitsubishi have partnered together, so company leadership is familiar with the arrangement. By the end of May, Nissan hopes that both companies will have signed a more binding Alliance Agreement to solidify the terms of the arrangement.

Another Beautiful Partnership: Learn more about Nissan’s partnership with NBC’s The Voice

When Nissan entered into an alliance with Renault, Renault drastically altered Nissan’s leadership structure by sending over new executives from Europe. It seems as if Nissan means to do the same to Mitsubishi, but on a smaller scale. The brand will propose its own members of the board to Mitsubishi, and has plans to nominate a new Chairman of the Board for the company. Time will tell how close these two companies truly become, and how the alliance will affect the brands in sales and their overseas presence.