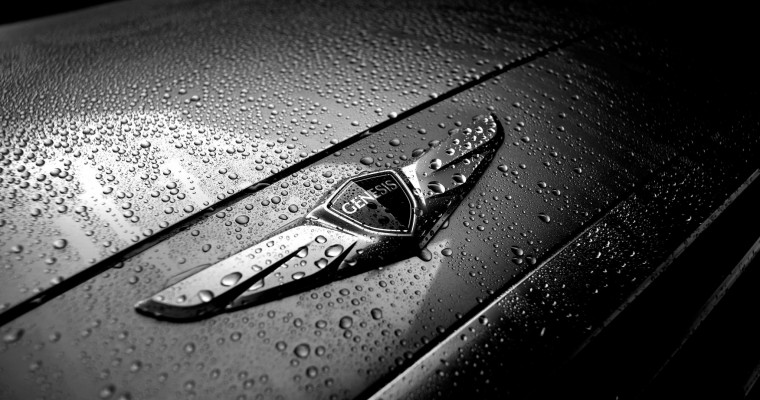 Don’t have the patience to wait for the 2014 North American International Auto Show? Good, you don’t need it. Hyundai has kindly scheduled the debut of the next-gen Hyundai Blue Link® and infotainment system ahead of the renowned auto show. Instead, we’ll get an exclusive peak at the tech in the all-new 2015 Hyundai Genesis […] 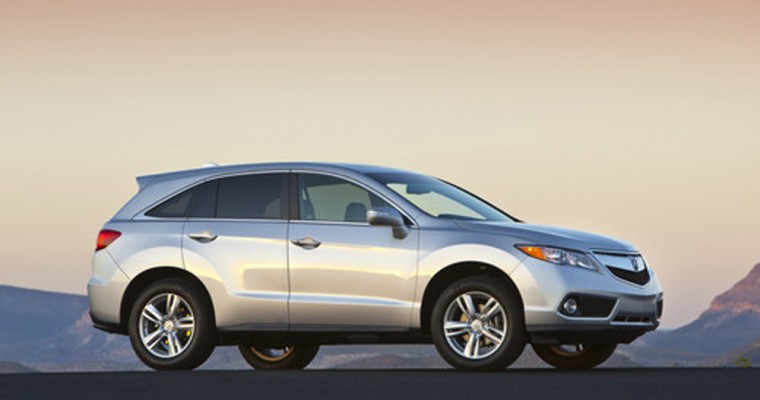 The dangers of texting and driving have been well-documented, so why not let Siri™ do it for you?  You will soon be able to in select Honda and Acura vehicles, including the 2013-2014 Honda Accord.  Honda is making Apple’s Siri Eyes Free mode a dealer installed accessory, which will allow iPhone customers to direct Siri […] 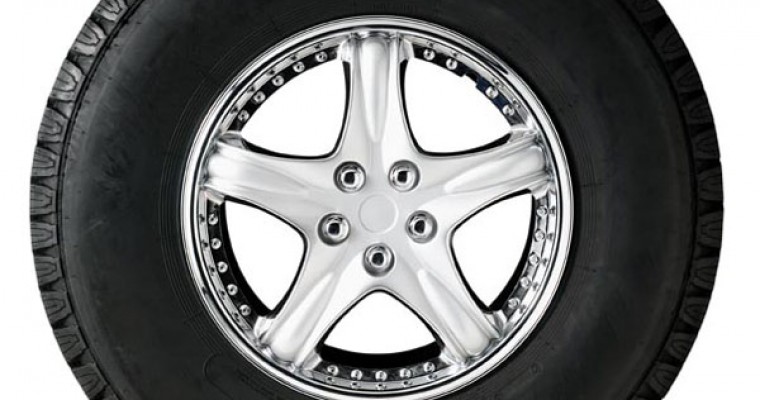 In advertising, there are a number of tricks that companies can utilize to ensure that their products are remembered long past the initial commercial-viewing.  A catchy jingle, an unshakable catchphrase, or a celebrity shill will all go a long way toward ensuring the success of a particular product.  If you’re Japan’s Autoway Tires, you may have stumbled onto […] 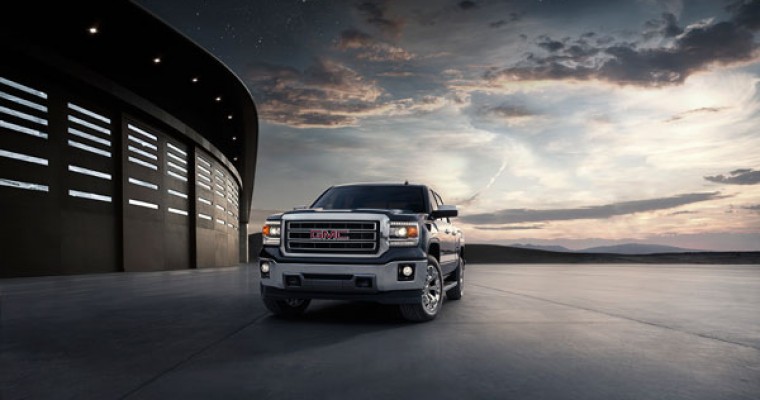 When you’re backing into a parking space, sometimes rearview mirrors and cameras just aren’t enough to keep your parking lot excursion accident free. Shopping carts that seem to come from nowhere, pedestrians talking on phones, not paying attention, and random light posts can all come out of nowhere, no matter how much you check your […] 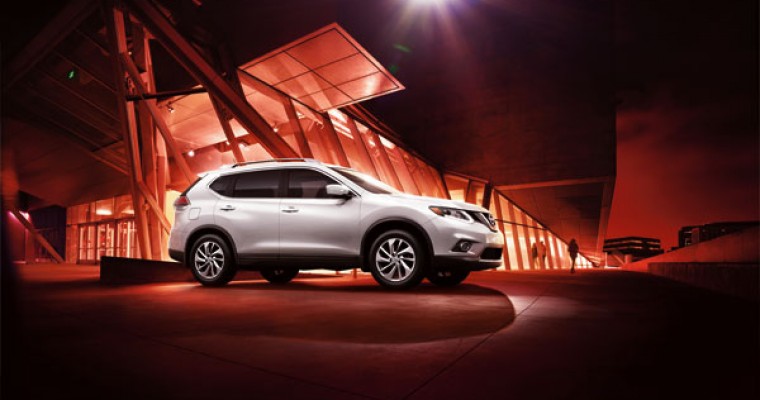 We’ve been following the development of the 2014 Nissan Rogue since the Japanese automaker first teased an image of its headlight months ago.  Now, the day has finally come for the redesigned compact SUV to hit dealerships, and Nissan could not be more excited about its arrival. “There is growing demand for compact SUVs around […] 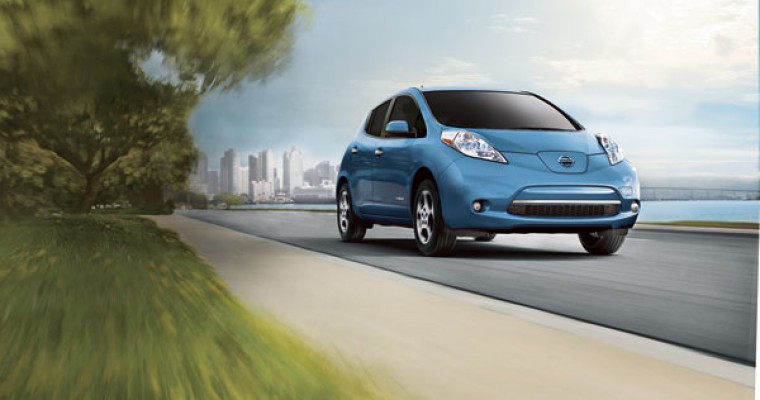 To help sweeten the pot for those looking to purchase a new LEAF, Nissan is offering customers in their Dallas-Fort Worth and Houston markets one year of free charges for their zero-emission rides. A press release from Nissan touts the “No Charge to Charge” program as an innovative charging plan aimed at making its fastest-growing […] 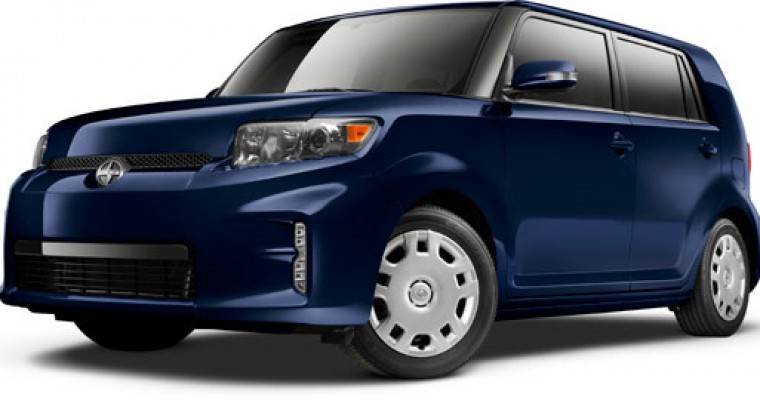 Shhhhh… We want to share the inside scoop on Scion’s redesign plans, but with the minimal details Scion executives are offering, it’s all pretty hush hush. Here’s what we know: Scion is definitely making plans. While the details are a little hazy, we’re looking for a couple of redesigns and a new model in the […] 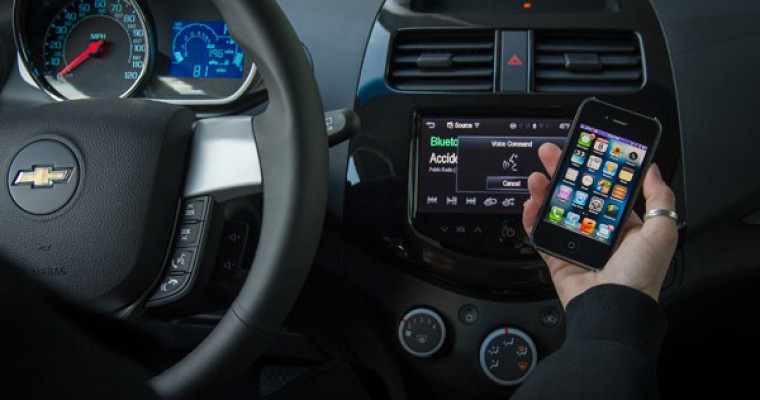 It’s almost winter, and we want you to stay safe out on the roads. Fortunately, so does Chevrolet. The car manufacturer, along with blog writer Stephanie Georgopolus, recently highlighted four different products—all of which are included on or are compatible with Chevrolet vehicles—that keep you safe while driving. OnStar, Siri Eyes Free, MyWARN, and Battery […] 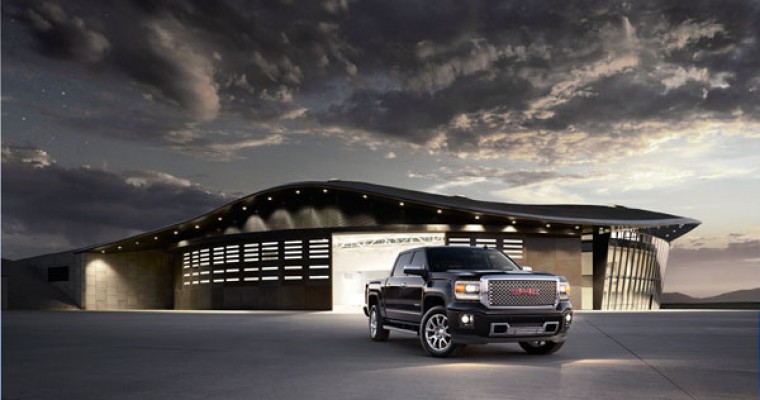 For thousands of Americans that work as contractors, in construction and countless other jobs that require them to on-the-go constantly, their vehicles become their mobile offices.  General Motors had that demographic when it created its 2014 GMC Sierra 1500 Denali, which “redefines comfort and quality with attention to detail, premium features and materials. The interior of […] 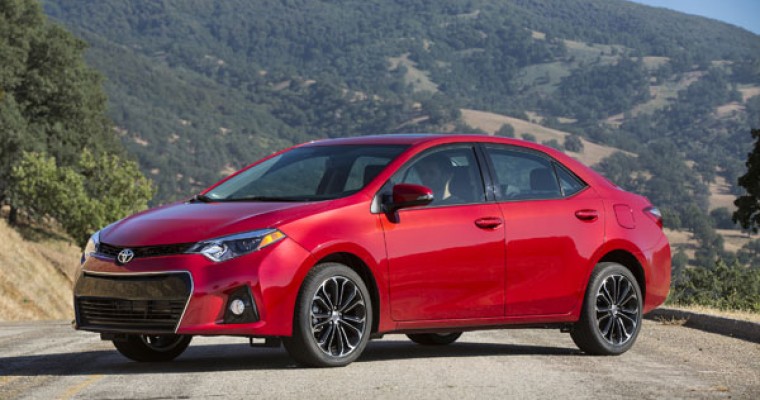 Hot off of its 40-millionth unit sold, the Toyota Corolla is steamrolling ahead into the future with a beautifully updated eleventh generation model.   Over 47 years, the Corolla has been at the cutting edge of style and performance, and the latest version is no different.  Particularly impressive is the new Corolla’s infotainment system, which provides […] 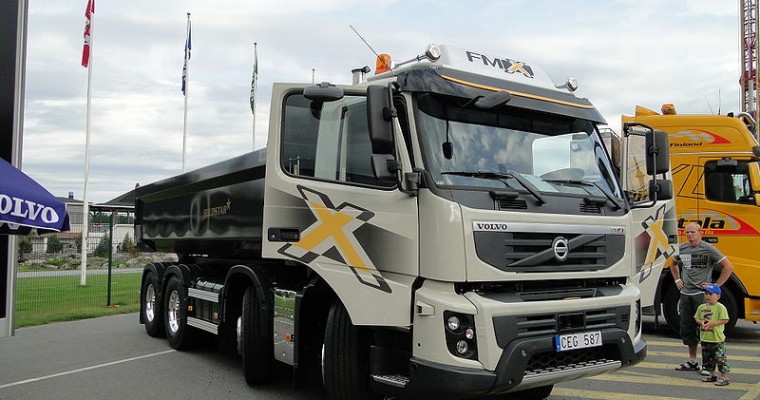 A wonderful little byproduct of today’s instant gratification world is the viral video. Short, effective, and memorable, these videos can promote everything from football (on your phone) to the unyielding power of smell and the smell of power to Dollar Shave Club razor blades. Perhaps the most recent of the instant classics is the Volvo […] 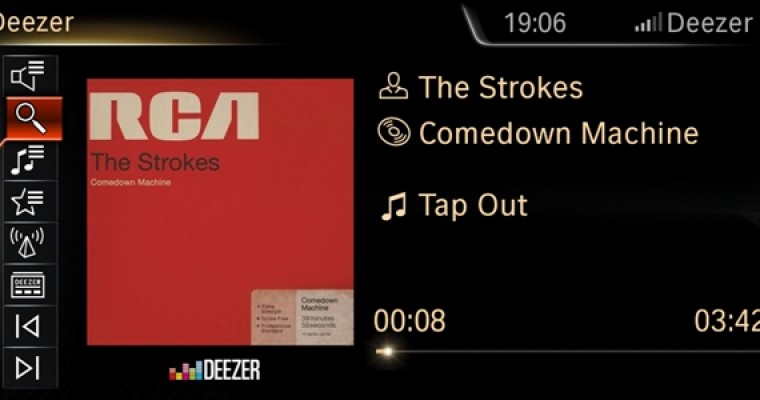 Being overly connected can sometimes be a bad thing.  There’s nothing quite like a friend, family member, or significant other who calls, leaves a voicemail, sends a text, sends an email, calls again, texts again, comes to look for you at work, calls an emergency contact, all while you’re sitting through fifteen minutes worth of […] 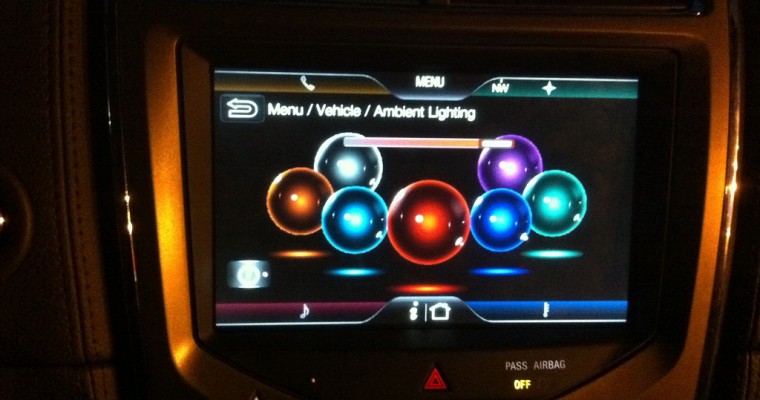 The Lincoln Reimagine Project aims to reel in the younger set.

Lincoln has been working diligently to change its image in an effort to expand its audience.  The luxury brand, which is most commonly driven by an older demographic, is looking for ways to reel in a more youthful, better-educated, and increasingly female clientele. One method saw 60,000 Lincoln salespeople taken to a fancy hotel in […] 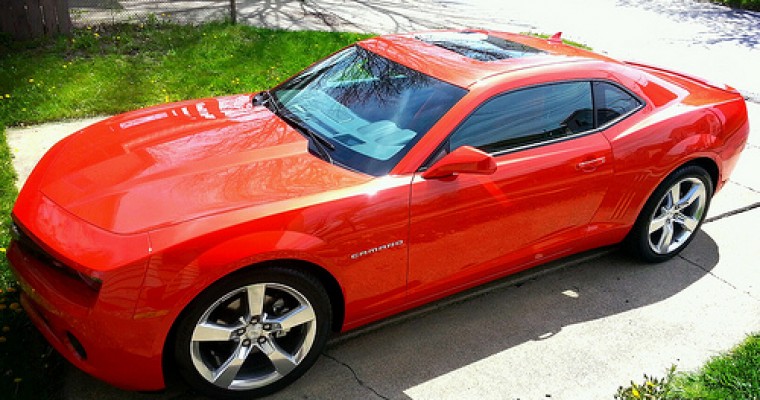 A New Entry for the Stupid Crime Hall of Fame.

You would think that a Chevrolet dealership employee would know enough about his line of work to understand that he couldn’t possibly hijack a Camaro with OnStar from that very dealership and not get caught. Just how much of a bonehead was this Chevy employee who stole a Camaro? You’d be surprised. It all started […] 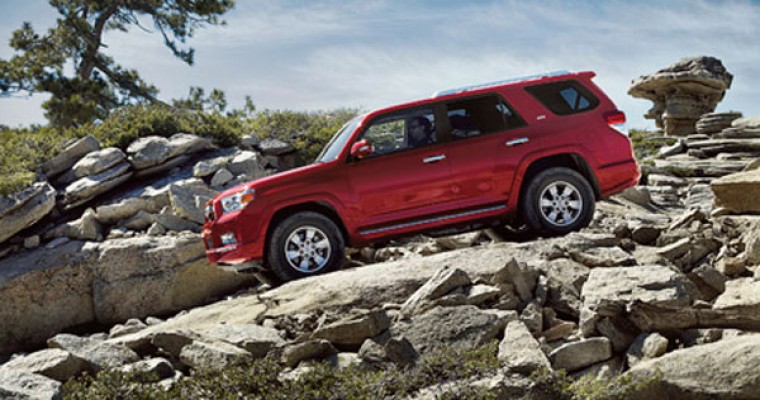 For drivers who are looking for a powerful, highly capable SUV, look no further than the Toyota 4Runner.  Not only does it deliver precise handling on the roads, it is packed with power to offer the most off-roading capability of any of its competition. The interior is packed with high-tech features. All of the gauges […] 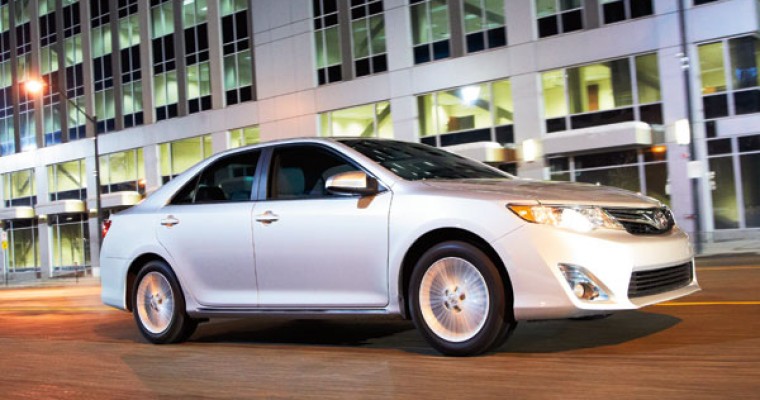 The amount of technology in cars can often be mindboggling, especially when you think of all the technology you don’t see—like in the engine. Sometimes cars can get too techy, but we think the 2013 Toyota Camry has found a good balance with easy-to-use technology that isn’t distracting. Toyota’s available Entune system is the primary technology […]

With Cadillac’s 2013 XTS Luxury Sedan, the Future is Now 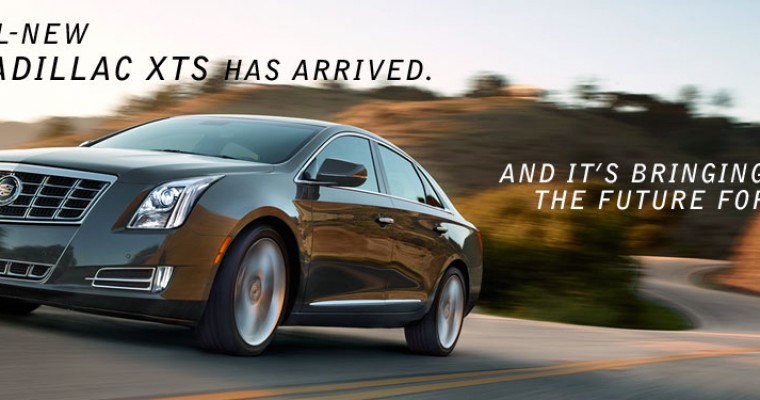 So many of us grew up wondering what innovations the future would hold for transportation.  We were caught up in dreams of hover boards, jet packs, and convenient moon trips on rocket ships.  It was easy to feel disappointed when those dreams didn’t follow us into adulthood; fortunately, Cadillac seeks to revive that childlike sense […] 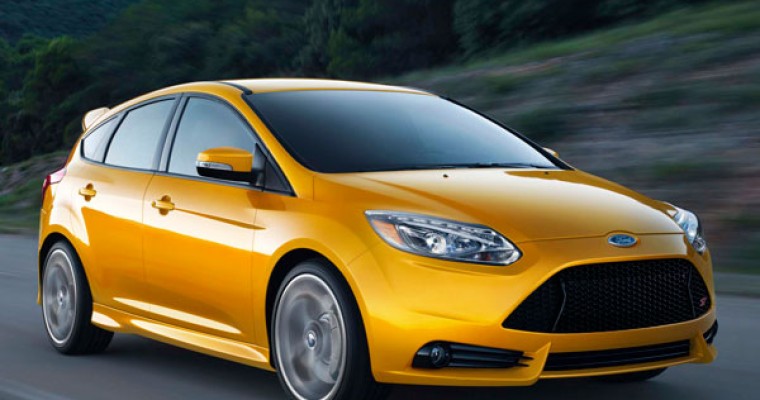 Well, we can’t actually take you for a ride in the new 2013 Ford Focus from the other side of the virtual world, but what we can do is describe to you what it would feel like to drive around in Ford’s popular sedan. So sit back, relax and see for yourself what drivers around […]