It’s a rare occasion when an automaker can test a prototype out in public without getting snapped by somesuch automotive paparazzo. That Ford was somehow able to test six F-150 prototypes with aluminum-alloy cargo boxes by simply putting them in the hands of fleet customers for the better part of three years has to be […] There’s been a lot of things floating in the air that weren’t meant to be there lately. Just the other day, a bounce house with children inside was yet again swept off the ground and into the air. Much less frightening is this Corvette Z06 roof panel that goes flying into the air in the […]

Navigating the US: Getting Around in San Jose, California 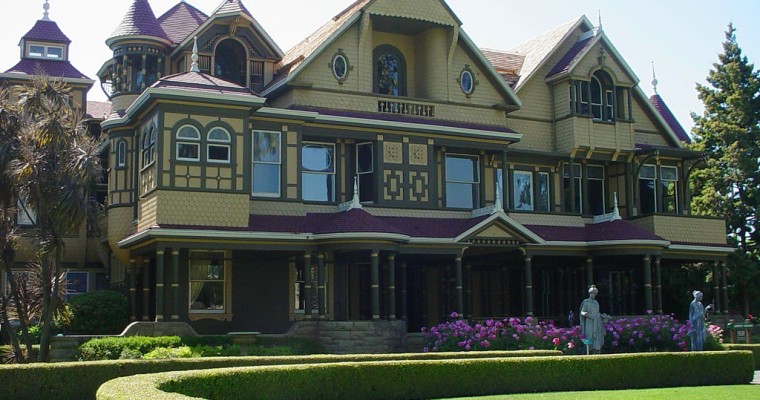 San Jose is the heartbeat of Silicon Valley, and as such, popular destination for business travelers and tourists alike. San Jose is a bustling city, where the tech industry meets rich Spanish history. The downtown area is lined with five-star hotels, world-class restaurants, and is a cultural hub for theaters and museums. Recommended Modes of […]

Navigating the US: Getting Around in Oklahoma City, Oklahoma 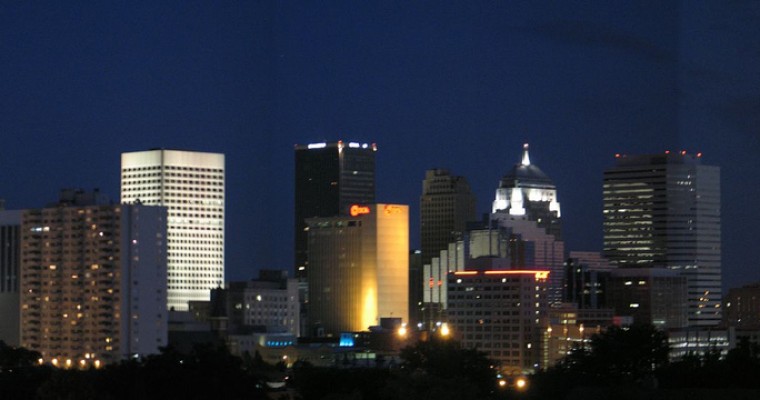 Western charm meets metropolitan in Oklahoma’s capital, Oklahoma City. The city’s hip, spirited environment and deep western roots make for a unique experience. Oklahoma City offers something for everyone, from renowned festivals and sporting events to impressive museums and shopping. Recommended Modes of Transportation Getting around Oklahoma City is easiest by car. If you’re driving […] Branded 100 percent MURICA(!) with its USAF (United States Air Force) roundel and stars and stripes thrown all over it, this ‘Jet Trike’ is incredibly awesome. As it drives down a Florida highway, cars honk and kids wave and take pictures. If only this Jet Trike’s engines would come to life, its jet engines blasting it into […]

Navigating the US: Getting Around in Brooklyn, New York 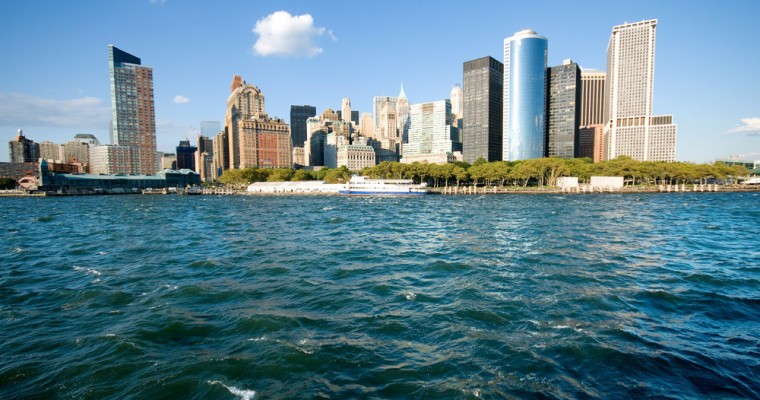 In the early 1900s, Brooklyn was a mecca for immigrants arriving via Ellis Island, and over 100 years later, the community’s history and runs deep and is home to a dynamic community. The area is just as appealing as it ever was – with breathtaking views of the Manhattan skyline, affordable housing, and funky neighborhoods. […]

Navigating the US: Getting Around in Phoenix, Arizona 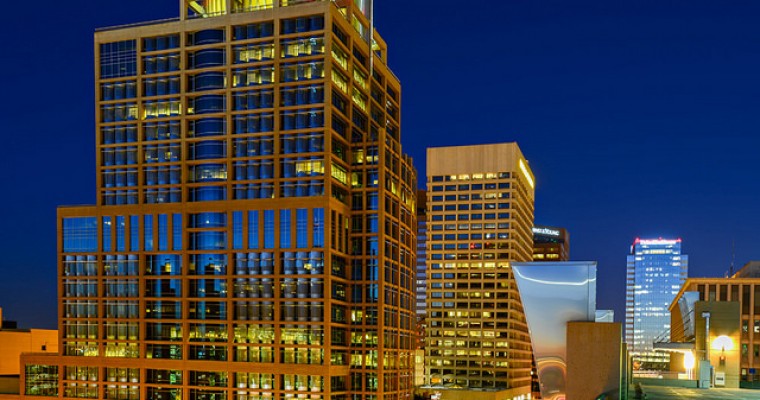 RELATED: Car Games for your Summer Road Trip While you might have hesitations about going to a city located in the middle of a desert, Phoenix, Arizona is anything but the typical western town of your imagination. As the most populous city in the Southwest, not to mention the sixth largest city in the country, it’s […]

Navigating the US: Getting Around in Minneapolis, Minnesota 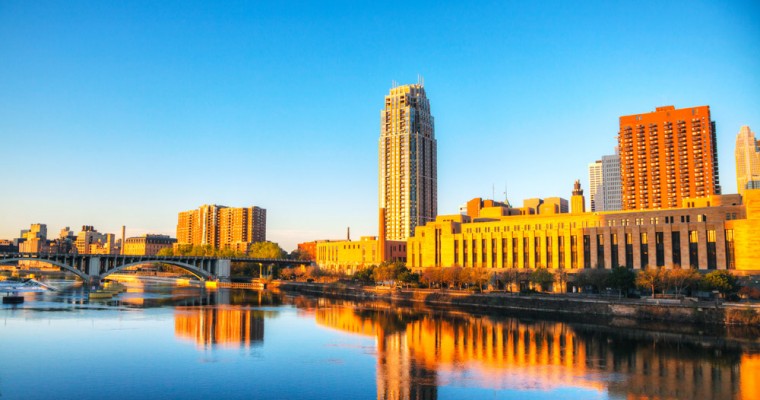 As the largest city in the state of Minnesota, Minneapolis is oftentimes thought of as a surprisingly fun, attractive city, with approximately 390,000 residents calling it home. Though the city is landlocked in the middle of the states, it’s still surrounded by water with its location next to the Falls of St. Anthony, which is […]

Navigating the US: Getting Around in Cincinnati, Ohio 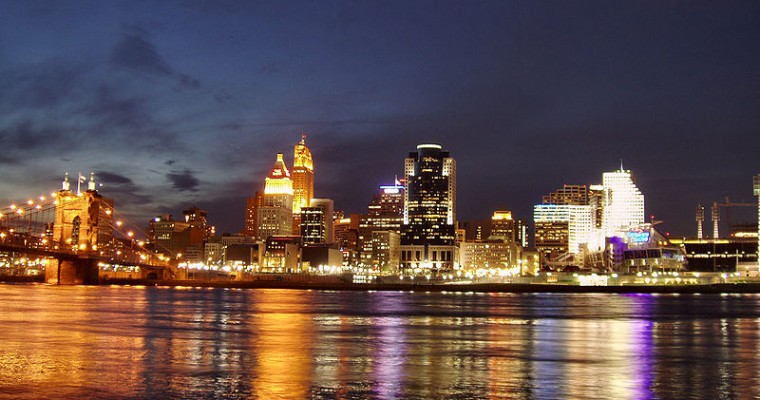 Cincinnati regally sits on the edge of one of the Ohio River’s many curves as the “Queen City” of the Midwest, known for baseball cheating scandals, chili, and the abundance of German heritage celebrations. As the only 19th century American city to leave an impression on the then 30-year-old English author Charles Dickens, Cincinnati has […]

Navigating the US: Getting Around in Boston, Massachusetts 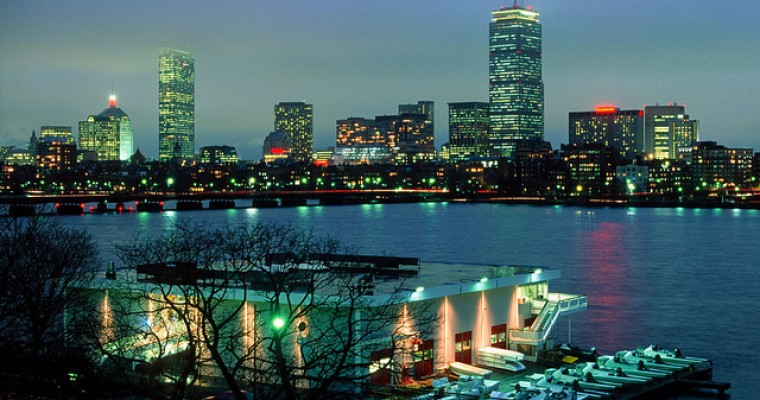 What’s the best part about Boston? Is it Fenway Park? Freedom Trail? The North End? Tom Brady’s gorgeous hair? Nope. Trick question: it’s all of those things and the ability to end every single word ending in –r with –ah. How’s yah fatha? Have a look at the ways of getting around in Boston; it’s […] 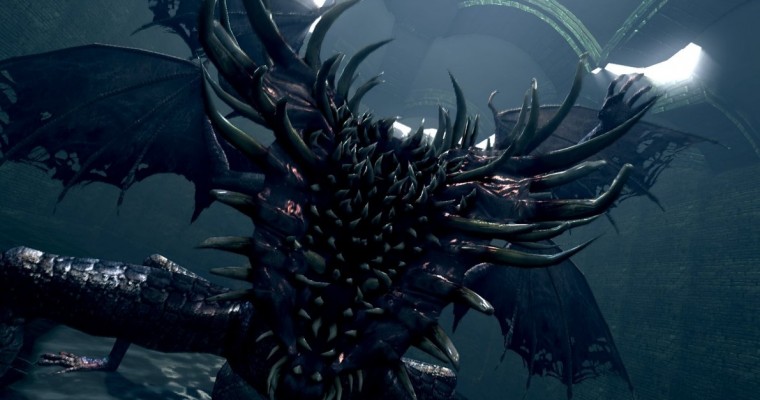 Wherein I liken GM to a massive boss in Dark Souls. It makes more sense the more you read it.

Want to buy some General Motors stock? I mean, who wouldn’t want to buy stock in GM today, am I right? Well, if you want to sink your money into the albatross that General Motors has become, shares are down to $33.30, which is just a hair about the IPO price. Come and get it! […] 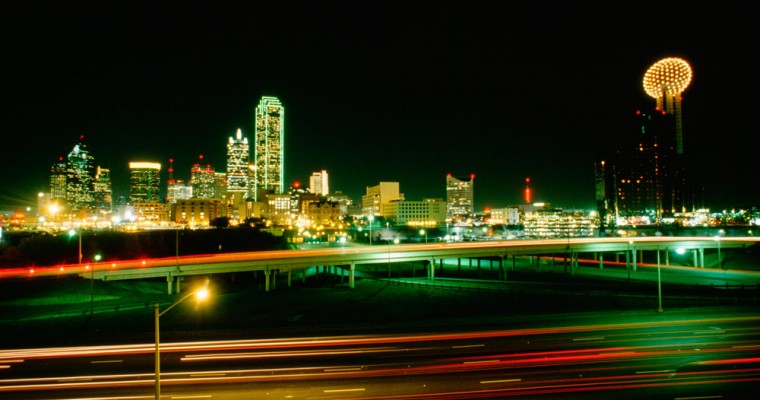 When you think of Texas, more likely than not you think of cowboy hats and snakes in your boots; as the second largest city in Texas, you would expect Dallas to be the capital of this cowboy fashion, rife with cowboy boots galore. While you might see the occasional hint at Texas’s heavy Western-influenced culture, […]

Navigating the US: Getting Around in San Diego, California 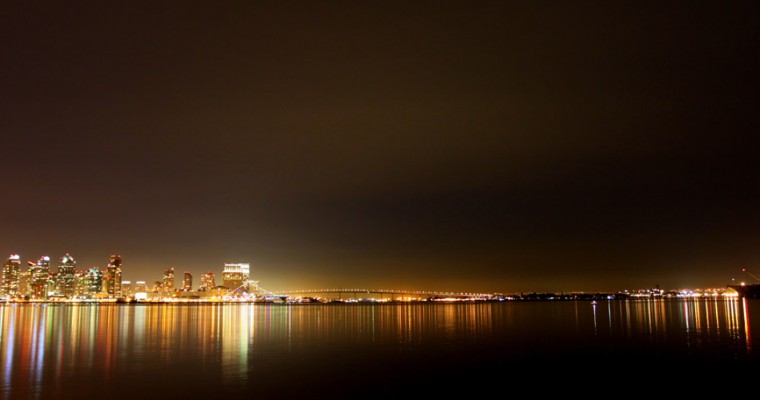 San Diego is known as being the typical southern California city, with beautiful landscapes dotted with palm trees and the perfect weather almost all year round. It is quickly becoming a favorite for tourists and residents looking for an athletic atmosphere, making the options for getting around in San Diego interesting, including Pedicabs and bicycles. […] 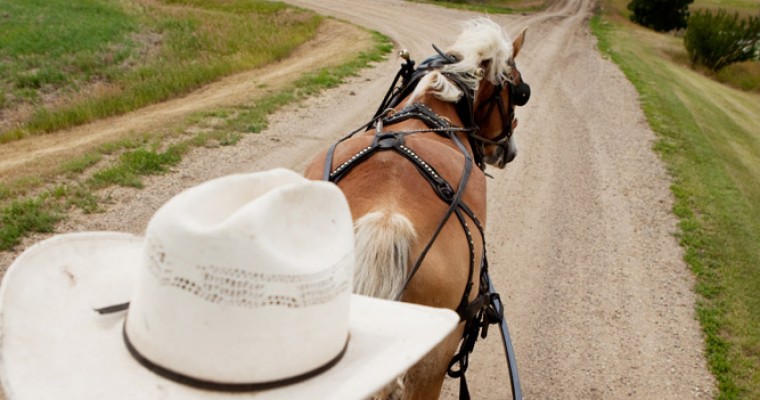 Either someone had a little too much hooch during Rumspringa, or else he’s got some ‘splainin’ to do. That’s because an Amish buggy was allegedly involved in a hit-and-run accident in Pennsylvania this past Saturday. Reportedly, the incident happened at an intersection in Wilmington Township, Pennsylvania, where the buggy struck a Honda CR-V. But because […] 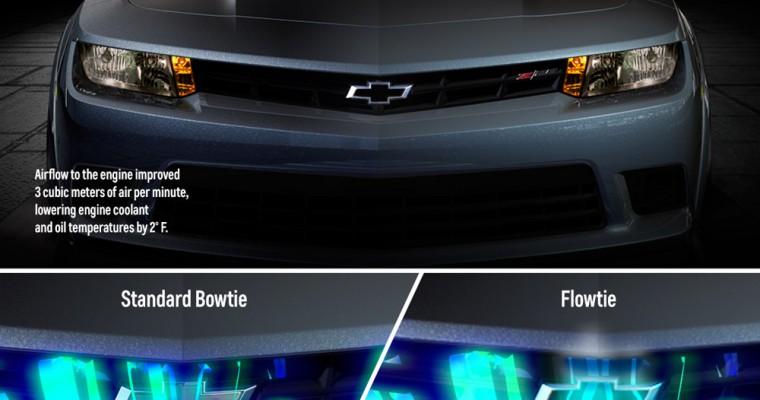 Chevrolet is always looking for ways to improve performance. While developing the 2014 Camaro Z/28, no detail was too small to be scrutinized. So the iconic Chevrolet bowtie faced an audit of its own. Turns out, the Z/28 Chevy Bowtie was slowing things down on the track. RELATED: New Camaro Z/28 Officially unveiled at 2014 […] 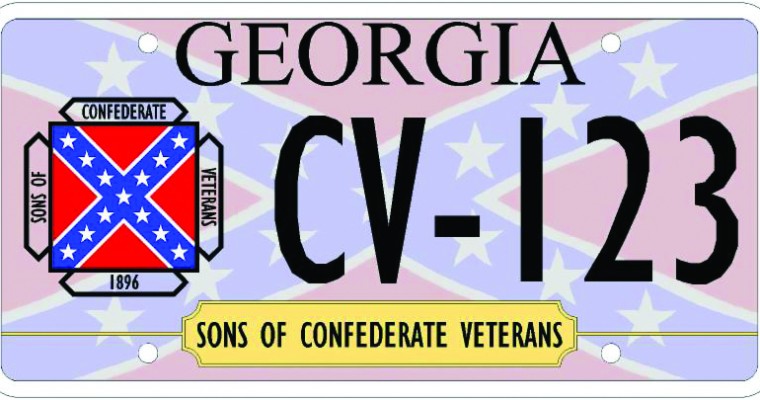 In Georgia, racism is apparently okay as long as it is both historical and profitable

Georgia on My Mind…Because of Ridiculous Confederate Flag Georgia License Plates February was not the kindest month to the state of Georgia. First there was the disastrous response to an apocalyptic winter storm (folks further north might better recognize such an event as “Tuesday”), which left thousands without electricity for the better part of a week. And because the […] 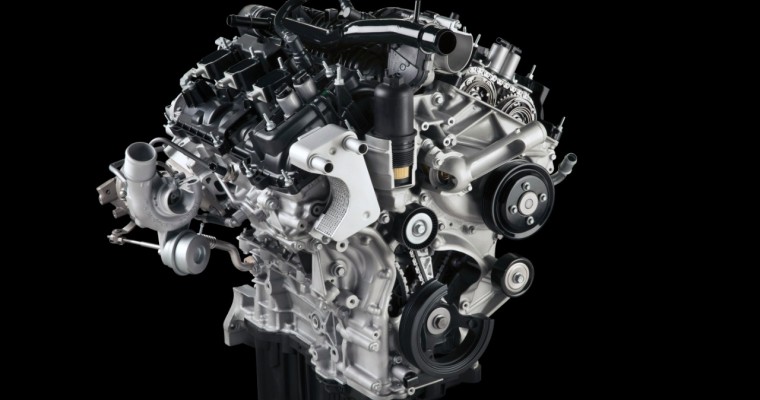 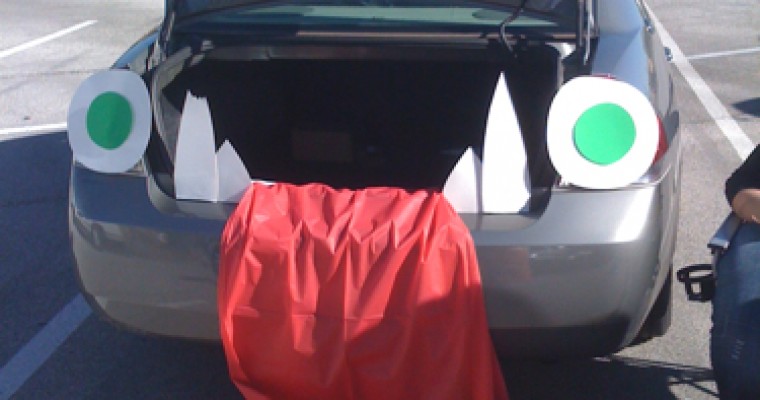