Carlex Designs Performs a Makeover Inside the Cadillac Escalade 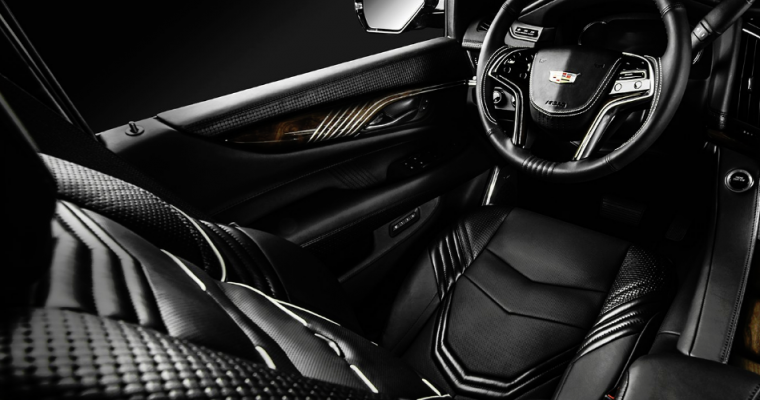 The Cadillac Escalade has long been one of the most sought after SUVs on the market. Everyone from pop star Justin Bieber to hip-hop icon Dr. Dre owns one of these legendary sports utility vehicles, but what exactly makes the Escalade so desirable in the first place? With its powerful V8 engine, sophisticated good looks, […] 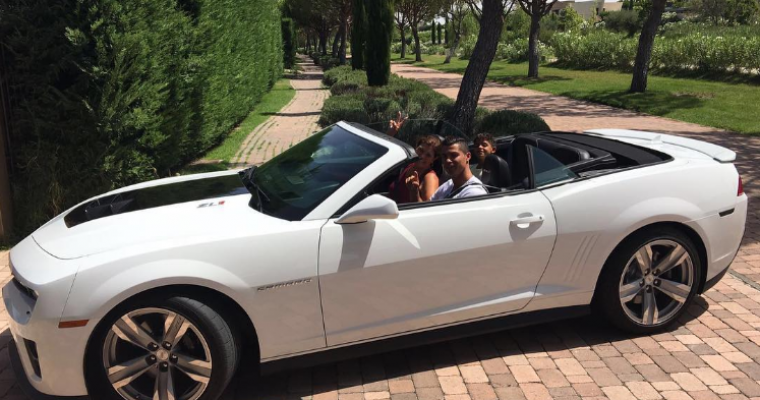 The year 2016 was an awful one in many ways, but it was fairly notable when it comes to celebrities and their exotic cars. From rap legend Snoop Dogg honoring retired NBA player Kobe Bryant with a custom 1967 Pontiac Parisienne, to NFL quarterback Cam Newton adding gold-plating to his 1970 Oldsmobile 442 Cutlass, this […] 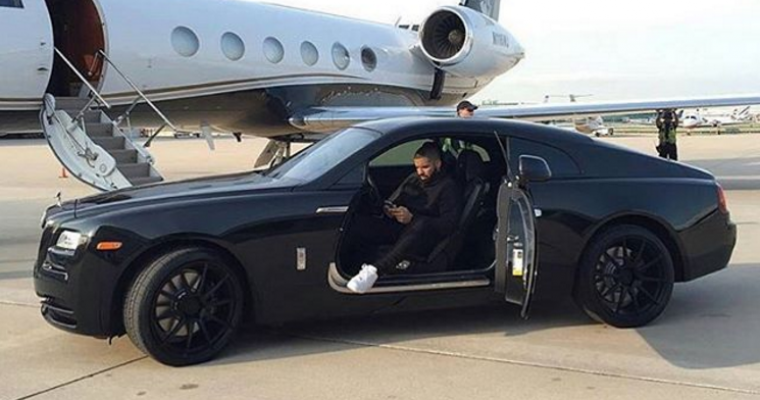 If you’re unfamiliar with Aubrey “Drake” Graham, then you must not listen to much mainstream hip-hop music nowadays, because it’s hard to go at least 15 minutes without hearing one of his many hit songs such as “Controlla,” “Summer Sixteen,” or “Hotline Bling.” The 30-year-old rapper has released four albums and two popular mixtapes since […] 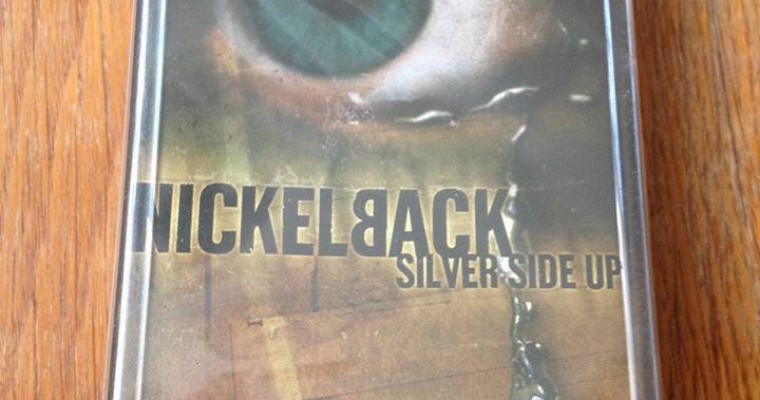 Drunk driving is a serious crime. Not only could the driver hurt themselves in a crash, but they could also injure or kill other people on their path to self-destruction. For decades, law enforcement officials have been trying to devise ways to discourage drunk driving, from offering free cabs on major holiday weekends, to high […] 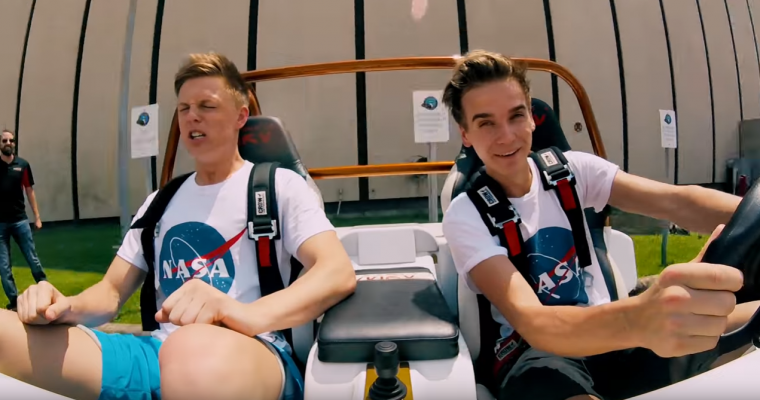 YouTube has become a place where seemingly ordinary people can post videos and end up becoming superstars (Justin Bieber, Carly Rae Jepsen, Bo Burnham, and Kate Upton are just a few). In the early days of YouTube, users would post vlogs (video blogs) of themselves just talking into a camera. Those simple videos slowly turned […]

Infographic: Everything You Need to Know about the 2017 Cadillac XT5 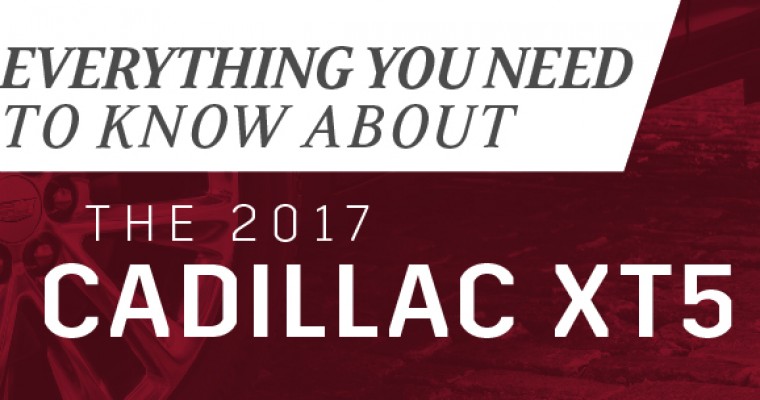 There have been plenty of exciting new cars that have made their debut in 2016, such as the Acura NSX supercar, Cadillac CT6 flagship sedan, and Buick Cascada convertible, but with the market demanding more light duty trucks and crossover SUVs, the 2017 Cadillac XT5 crossover could end up being the most successful vehicle released […] 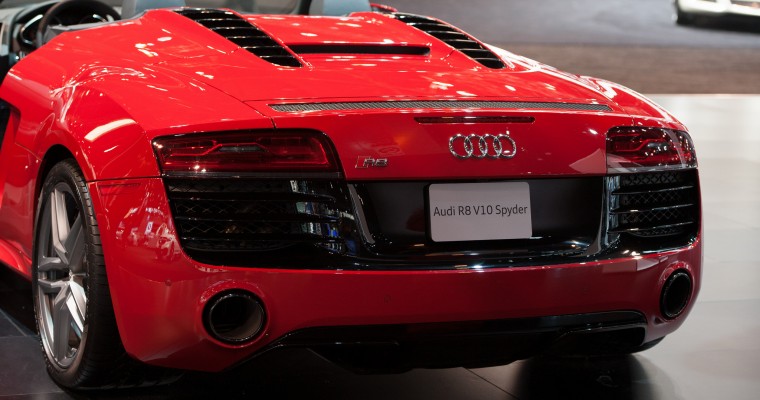 Celebrities are known for doing weird and wacky things in the extreme; from weird baby names like Apple and North, to making very specific demands regarding items to be found in their dressing rooms. And when it comes to their cars, there is no exception. Some celebs take life to the extreme and really do […] 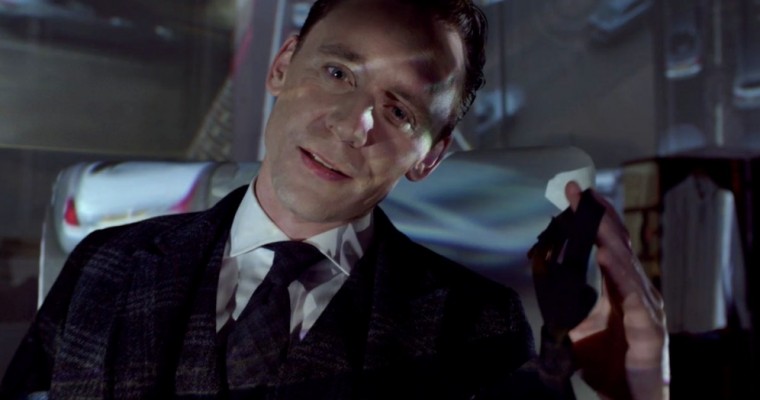 If you were on the internet yesterday, you probably saw social media having a bit of a fangirl-style meltdown. It happens on a fairly regular basis, especially if anything of note happens to Justin Bieber or a member of One Direction. This week’s crisis-that-really-isn’t focuses on America’s pop princess (and sweetheart) Taylor Swift, who was […] Comedian Kevin Hart has starred in a number of successful movies in the past few years and his bank account has grown considerably as a result. In 2015, Forbes estimated that the 5-foot 4-inch actor pulled in $28.5 million, which was largely due to high-grossing films like The Wedding Ringer and Get Hard. So what’s […]

Broadway Hits The Road With James Corden and Carpool Karaoke 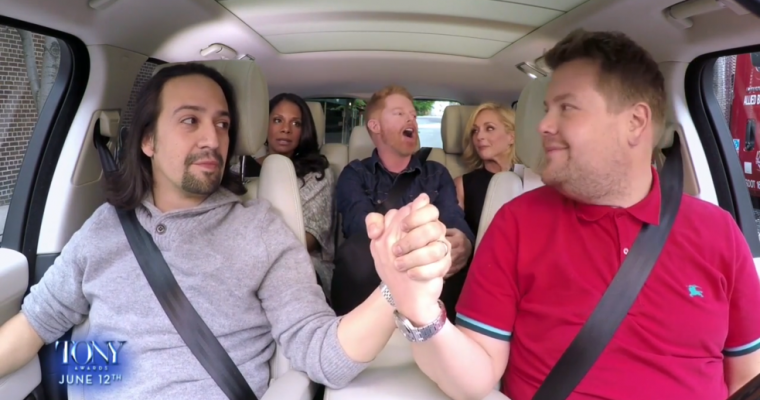 The Tony Awards are coming up this Sunday, and a new episode of The Late Late Show’s Carpool Karaoke has been released in celebration. Host James Corden has arrived in New York City to prepare for his duties at the helm of Broadway’s biggest night, and he needs help learning how to navigate New York City’s very […] 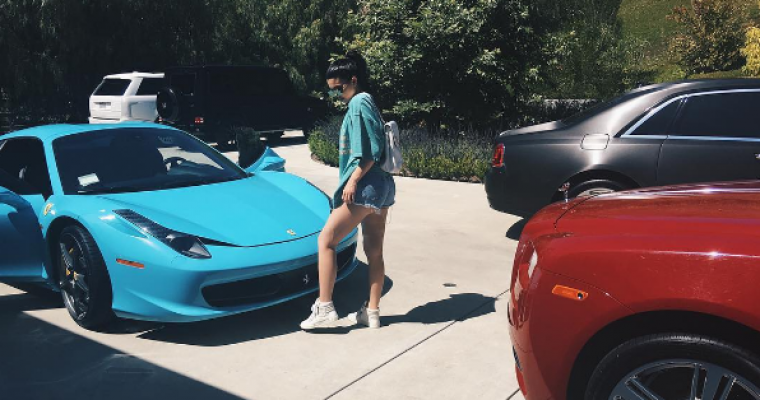 A photo posted by King Kylie (@kyliejenner) on May 27, 2016 at 3:46pm PDT Kylie Jenner is already a well-known reality television star, socialite, and model, but now you can officially add celebrity car collector to her growing resume. In month’s past, The News Wheel has reported on Jenner’s Mercedes G-Wagen, as well as the Ferrari […] 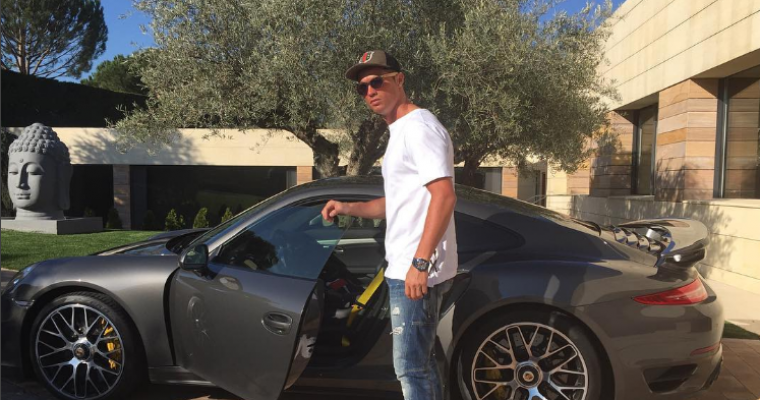 Who is Ben Baller, and Why Does He Have So Many Cool Cars? 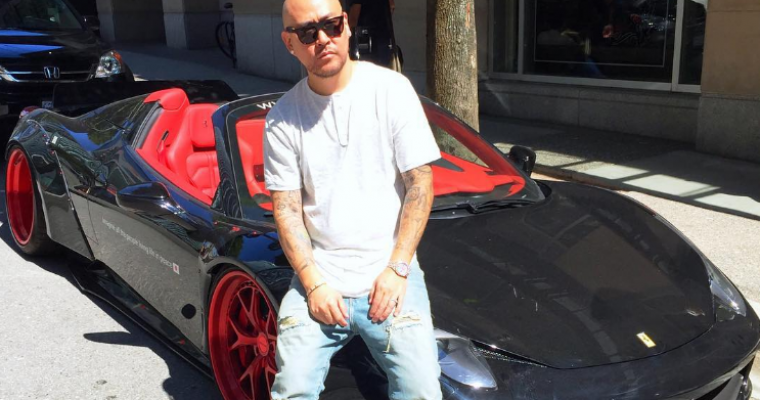 When celebrities need a new iced-out grill, chain, or watch, Ben Baller is the man they turn to. Everybody from Drake to Justin Bieber and even the late great Michael Jackson have all purchased expensive jewelry designs from Baller, and when you discover more about his past, it all starts to make sense. Baller worked […]

5 Celebrities Who Surprisingly Own Jeep Wranglers 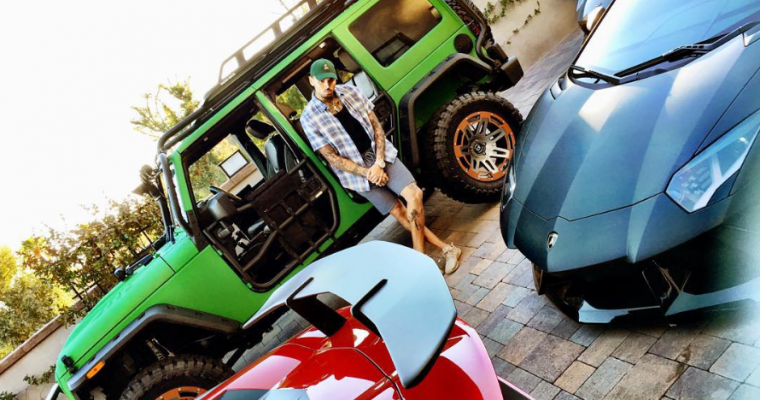 The legendary Jeep Wrangler first made its debut in 1986 and ever since then it’s been the symbol of Jeep’s “Go Anywhere. Do Anything” attitude and spirit. The Wrangler was originally designed as the replacement for the CJ Series and has evolved into one of the most recognizable vehicles on the road today. Now in […] 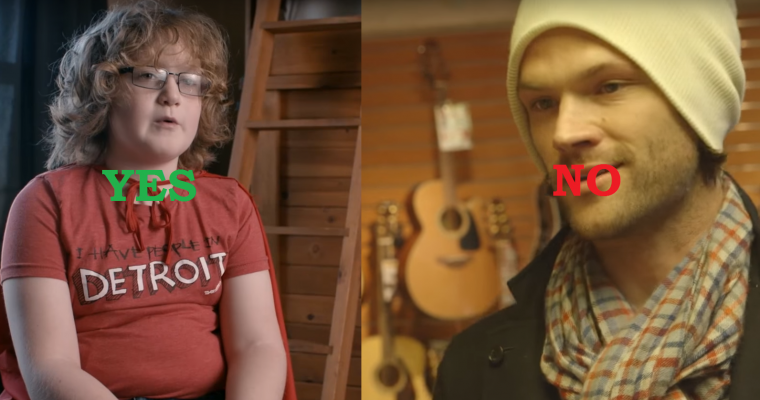 On Leap Day 2016, Chevrolet came up with a novel idea (well, novel to anyone who has never seen the movie Pay It Forward). It was a social media campaign called #DayItForward, and it encouraged people to use the extra 24 hours provided by Leap Day to do something kind for someone else. It was […] 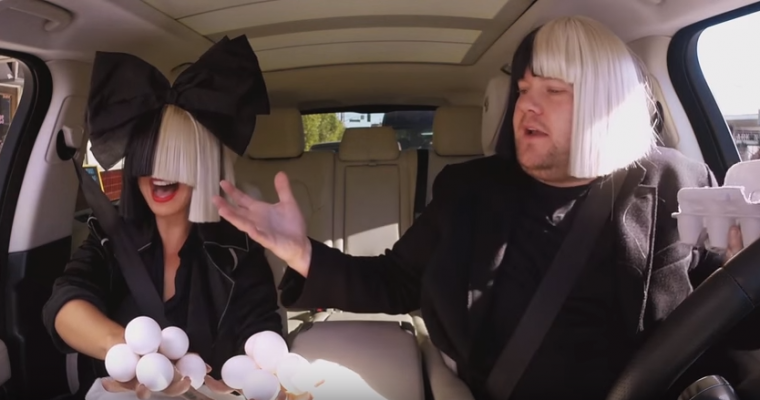 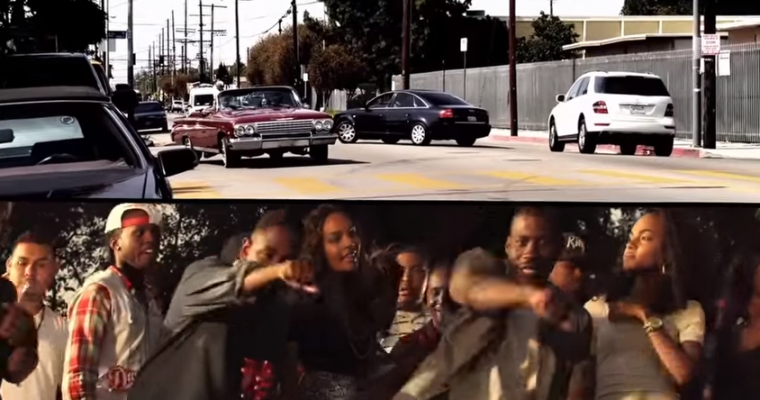 The night of February 15, 2016, was bittersweet for hip-hop recording artist Kendrick Lamar. On one hand, Lamar won five Grammy awards, but on the other hand, his Top Dawg Entertainment (TDE) label mate and frequent collaborator, Jay Rock, was seriously injured in a motorcycle crash. The CEO of TDE, Anthony Tiffith, was the first […]

Travis Barker’s Custom K5 Blazer is a Piece of Art 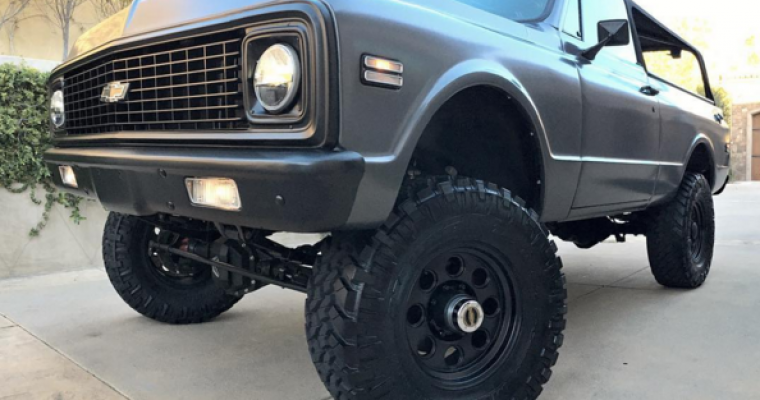