Watch Out, BMW M; Toyota’s Coming For You 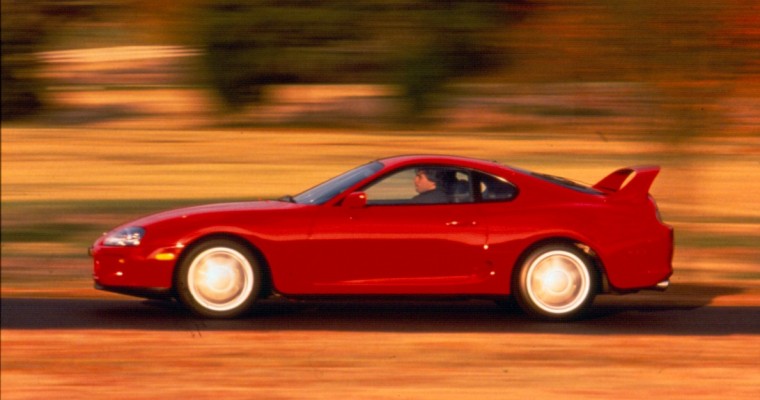 When you think of Toyota, chances are you think of safe, reliable, if slightly boring cars that are affordable and come in varying shades of beige. But, if Toyota 86 lead engineer Tetsuya Tada gets his way, Toyota will become as known for its performance division as BMW is for its M sports cars or […] 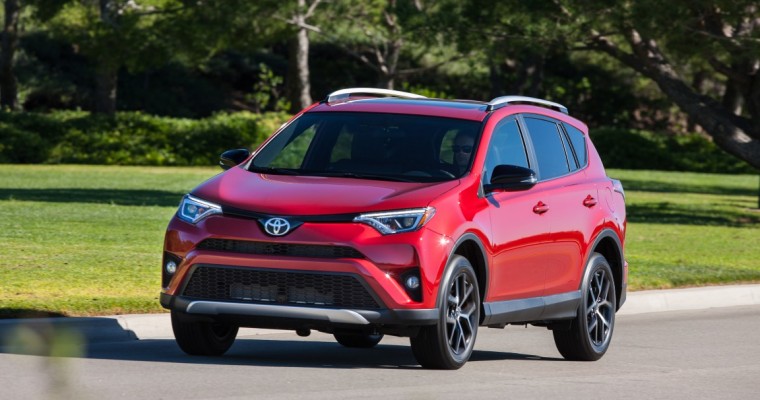 We might not even be halfway through 2016, but for some the year is already over. Take Toyota, for example, whose 2016 fiscal year ended way back on March 31, 2016. (What’s it like in the future, Toyota?) The Japanese automaker ended its 2016 with some pretty decent global sales, which allowed it to achieve […] 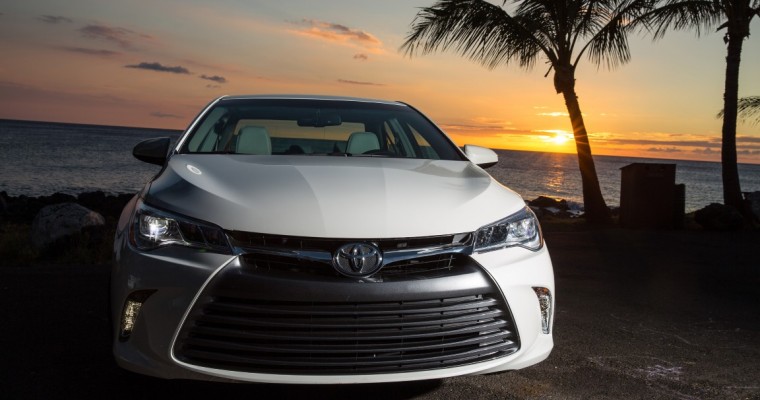 Toyota and Volkswagen continue to compete for the title of world’s largest automaker, with the most global sales. Toyota has had a significant leg up on Volkswagen since the outbreak of the “Dieselgate” scandal, though Volkswagen has impressively been holding its own. Today, however, Toyota announced that it was the “no. 1 retail brand in […]

Toyota Sales Drop in March, But Trucks Are on the Rise

Overall, March was not a month that delivered bragging rights for Toyota Motor Corporation here in the US. At 219,842 units sold, sales were down 2.7% (volume) over March of 2015. Making the brand’s March sales even less impressive is the fact that March 2016 had two more selling days compared to March 2015. On […] 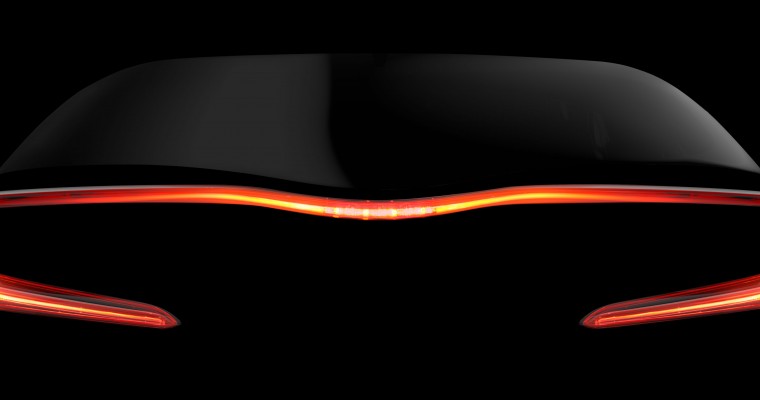 Toyota is the king of teaser images. First came two mysterious images of the 2016 Tacoma before its debut at the 2015 Detroit Auto Show. Then came a real head-scratcher depicting the taillight of the 2016 Prius before it made its first-ever appearance at a media event in Las Vegas. Now, ahead of the 2016 […] 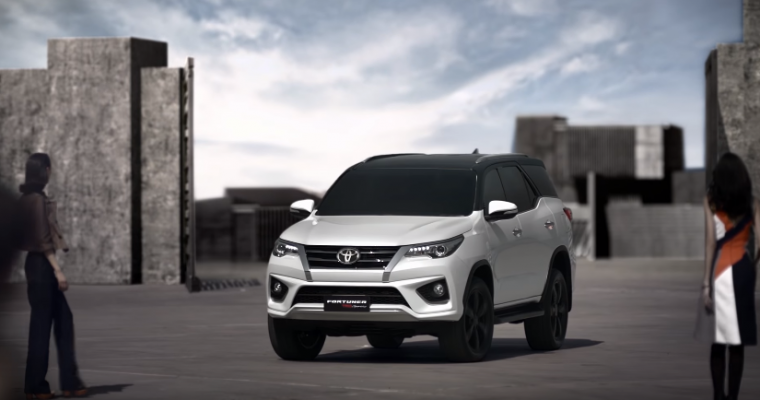 In many overseas markets, the Toyota Fortuner SUV is a big hit. Based on the tough and tested Hilux pickup truck, the Fortuner has the reputation of being ready for anything—from city driving to adventures off the beaten path. Now, Toyota has announced the addition of a TRD (Toyota Racing Development) model to the Fortuner […]

Toyota February Sales Up Thanks to New RAV4 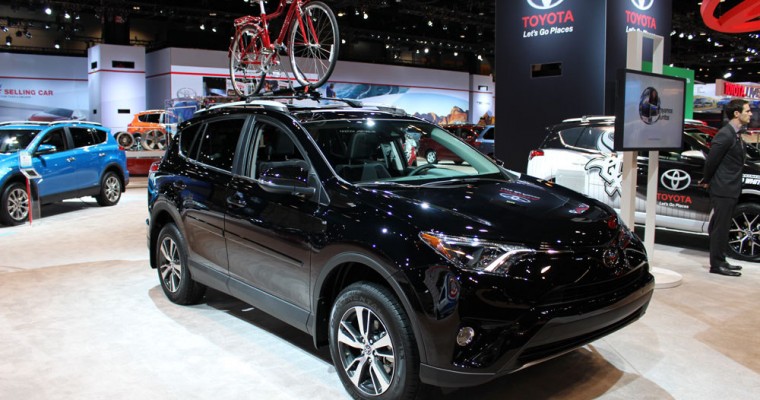 Last month was quite an eventful one for Toyota. In February, the Japanese automaker announced the shuttering of its youth-oriented brand, Scion; wowed attendees at the Chicago Auto Show with the debut of the new Tacoma TRD Pro pickup truck; and beat out the competition to win the Daytona 500 thanks to NASCAR driver Denny […] 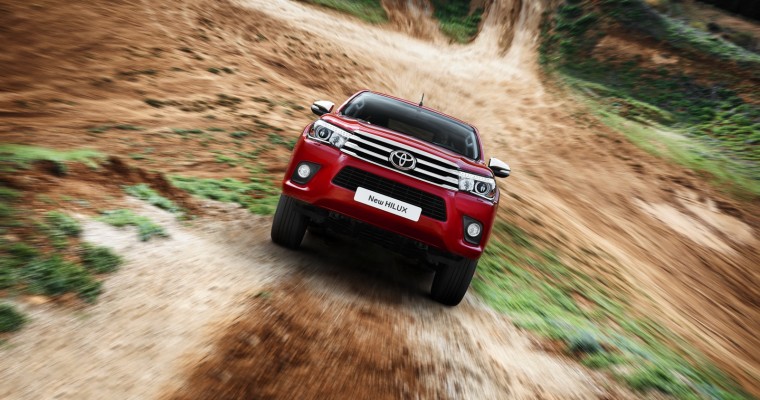 The Geneva Motor Show is currently happening over in Switzerland, and automakers from across the globe are showing off their newest models. Alongside the world debut of the C-HR crossover, Toyota brought the popular Hilux pickup to the show for its European debut. Photos of the Euro-spec Hilux were revealed last September, but the truck […]

Toyota Tacomas Are Ticketed More Than Any Other Trucks 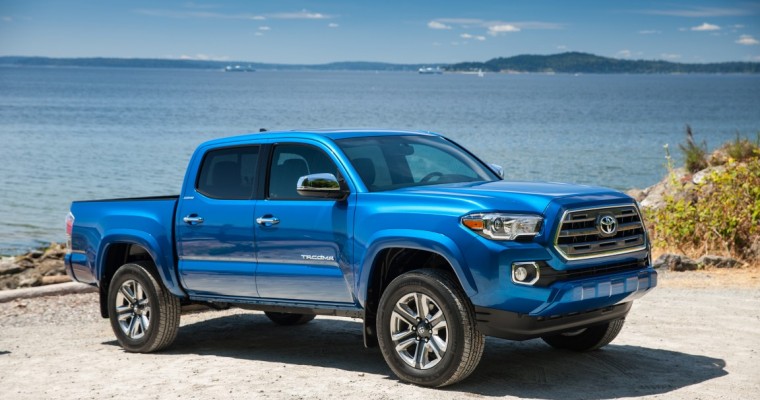 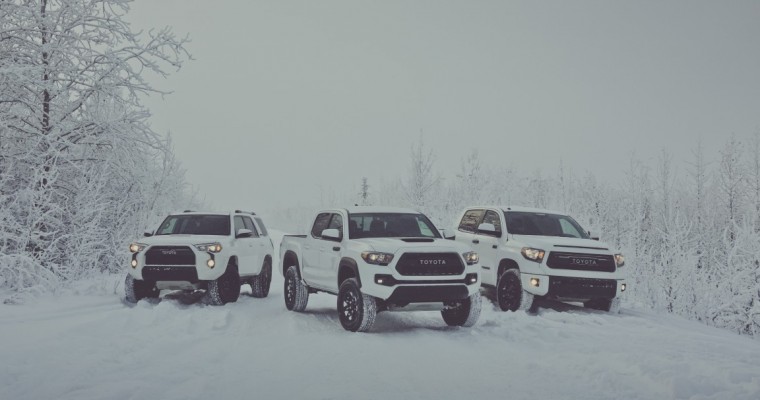 Last week, Toyota revealed the all-new 2017 Tacoma TRD Pro at the Chicago Auto Show (CAS). This rugged, athletic truck will join the existing Tundra and 4Runner TRD Pro models, which debuted along with the previous-generation Tacoma TRD Pro at CAS in 2014. But, for those who are unfamiliar with the TRD Pro lineup, the […]

Toyota May Cut Prius c and Prius v from Lineup 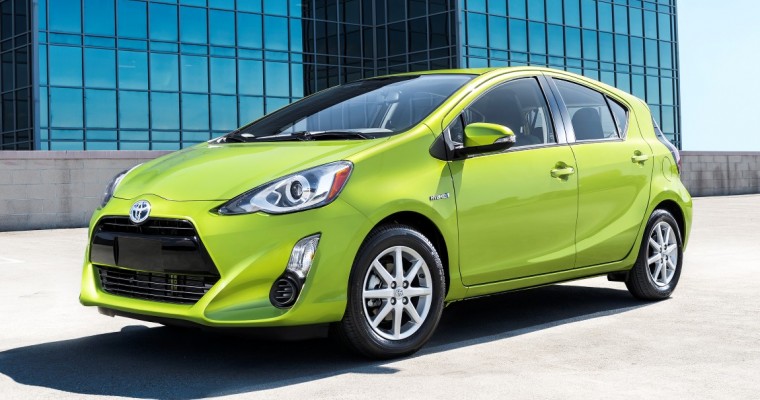 Watch your backs—Toyota is on a killing rampage. After officially announcing that it would be giving Scion the axe (and no, it’s not just a rumor, ladies and gents; this is not a drill), rumor has it that Toyota is also toying with the idea of killing off the Prius v and the Prius c. […] 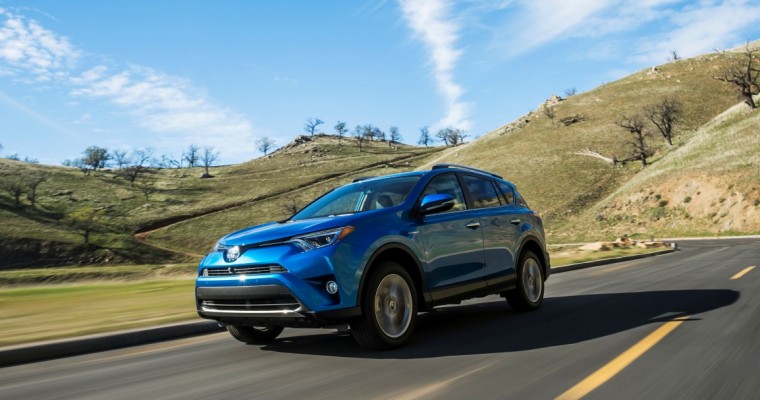 With the recent release of the refreshed 2016 Toyota RAV4 and the debut of the new RAV4 Hybrid, Toyota sales saw a slight increase in January, setting the Japanese automaker off to a good start for the New Year. Go Big or Go Home: The Toyota Highlander has room for the entire family In fact, […] 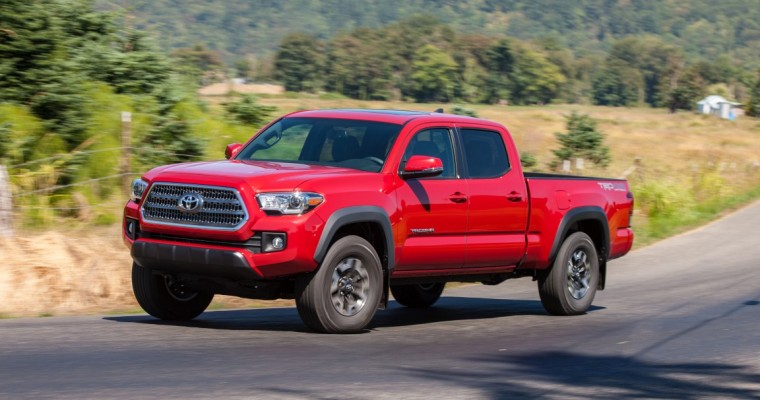 Last week, the Steel Market Development Institute held a media event at the North American International Auto Show (NAIAS). During the event, the Institute presented the Industry Innovator Award to none other than Mike Sweers, chief engineer for the recently redesigned 2016 Toyota Tacoma pickup truck. Not only is Sweers the Tacoma’s chief engineer, he […] 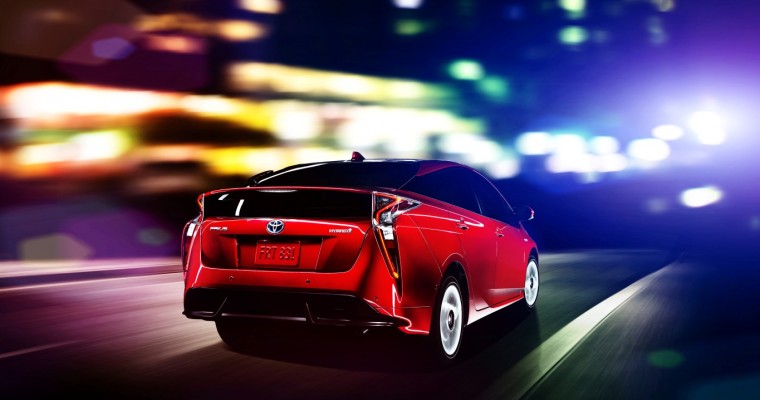 2015 was a remarkable year for Toyota, with the automaker retaining its title as best-selling retail brand, as well as producing more vehicles in North America than in any other year. Toyota also released its first ever production hydrogen-powered vehicle—the Mirai—and released the redesigned Tacoma and Avalon in 2015. So it’s no surprise to hear […] 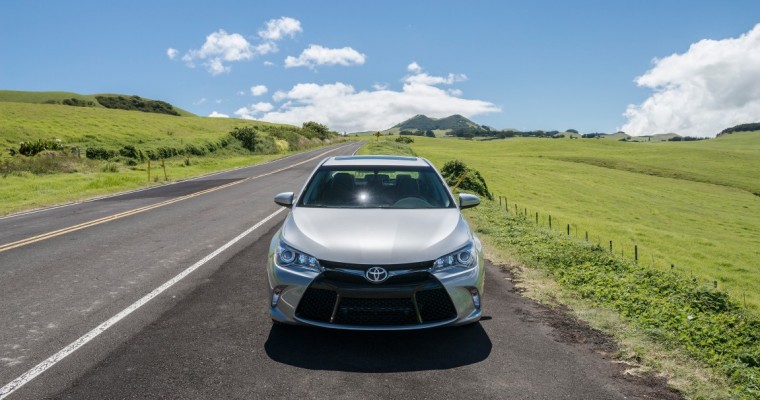 2015 was a record year in the American automotive industry, with 17.5 million cars and trucks purchased. This number broke the previous record, which was set 15 years ago, and left automakers feeling confident moving into the New Year. On top of the list of automakers was Toyota, which was named 2015’s best-selling retail brand. […]

For the fourth year running, Toyota has been named top automotive retail sales brand in 2015. This was thanks to a whopping 2,499,313 units sold across the automaker’s three retail brands—Toyota, Lexus, and Scion. Dare to Compare: See how the Toyota RAV4 measures up against the competition December itself saw sales of 238,350—a 2.9% increase […]

Toyota in 2015: A True Friend to the Environment 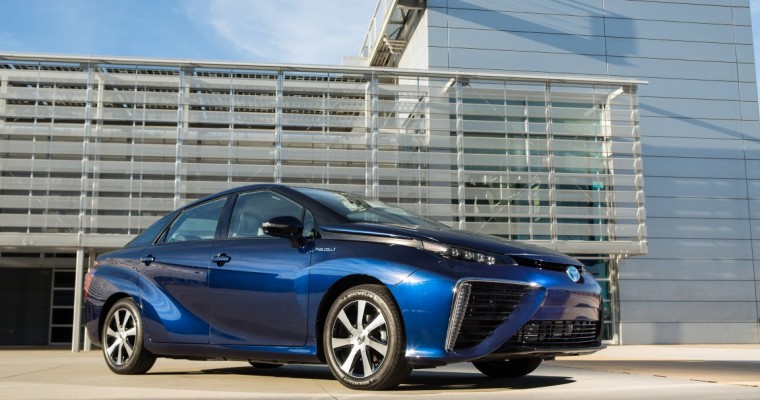 The end of the year is nigh, which means it’s time to start looking back at 2015 and summarizing the good, the bad, and the evil. In the case of Toyota, there was no evil, but there was plenty of good. In this look back on the past 12 months, we summarize some of the […] 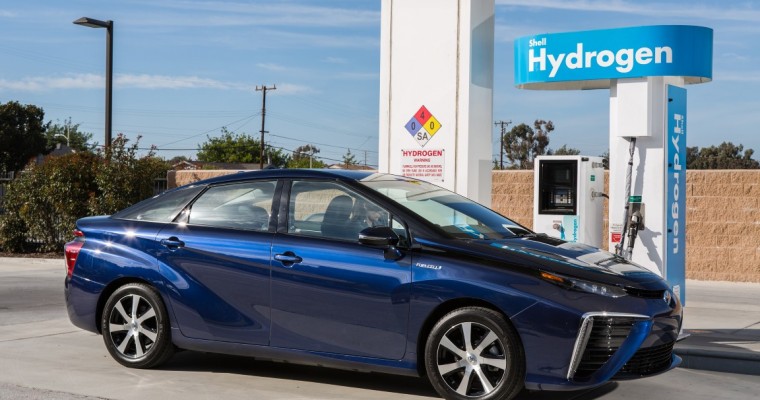 The 2016 Toyota Mirai is a revolutionary car. Although it’s technically an electric vehicle, it uses a hydrogen fuel cell to create electricity rather than needing to be plugged into an electrical outlet. Filling up with hydrogen takes mere minutes rather than the hours it typically takes to charge an EV, so the Mirai is […]