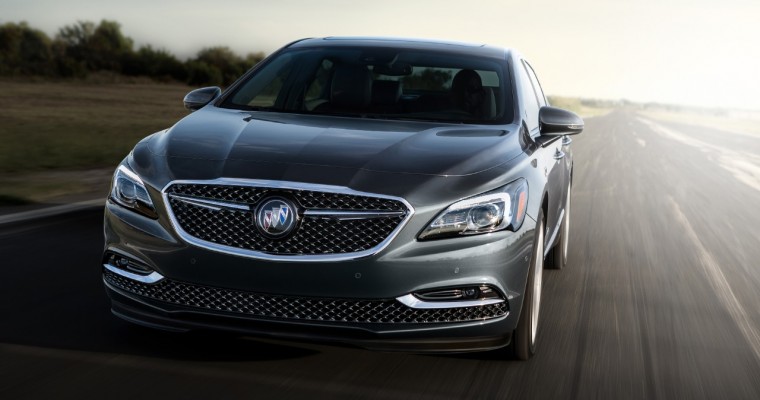 If you’re among the dozens or even hundreds who has been hotly anticipating the launch of the 2018 Buick LaCrosse Avenir since it was announced in late 2017, then you’re gonna be super excited to learn that it won’t set you back all that much more than the LaCrosse Premium. Automotive News revealed on Friday […] 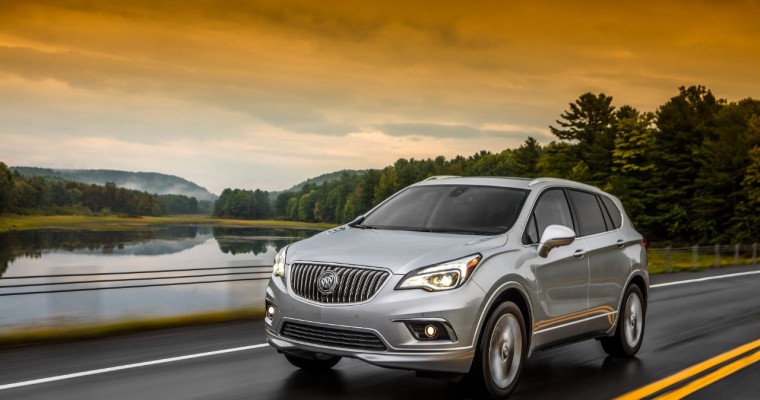 SUVs were the true stars of the automotive world during 2017, with sales for the segment on a rapid rise. The scenario was similar for Buick’s own SUV models throughout the year. As 2017 came to a close, strong sales in the SUV segment helped Buick increase its overall sales by 4.7% in December. Increasing Enclave […]

What to Expect from Buick’s 2018 Lineup 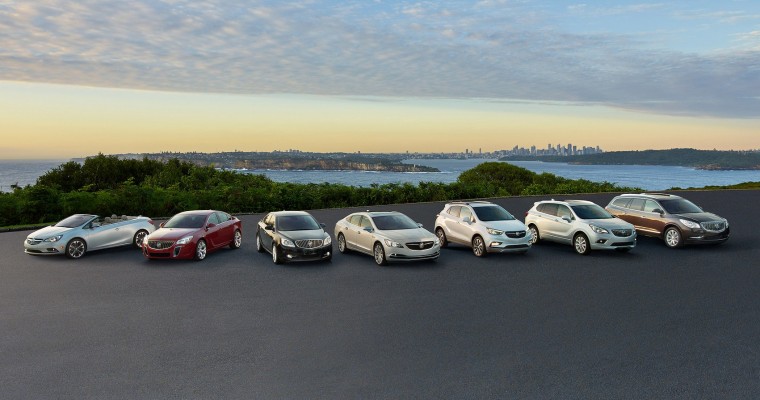 Buick, a luxury vehicle brand from General Motors, has a diverse lineup for the 2018 model year. With everything from sports sedans to family-friendly three-row SUVs, you’ll be able to find a vehicle that fits your lifestyle. We’ve put together a list of Buick’s latest lineup and some of the new additions you can expect for the 2018 […] 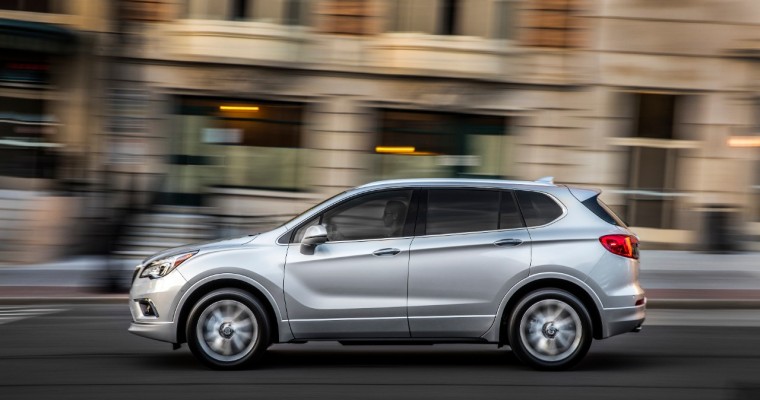 The IIHS has just released a comprehensive list of the top safest vehicles to drive for 2018; the 2018 Buick Envision achieved the “Top Safety Pick” status for the mid-size luxury SUV category. This is no easy feat, considering that this organization just adopted stricter requirements for the evaluation. Considering the Envision’s past track record for safety […]

As is the case for a large portion of the automotive industry right now, crossovers and SUVs are currently making up a majority of Buick’s overall vehicle sales. Such was the case last month, where models like the Enclave and the Envision reigned supreme in terms of sales. Nevertheless, November did have a slightly surprising outlier […] 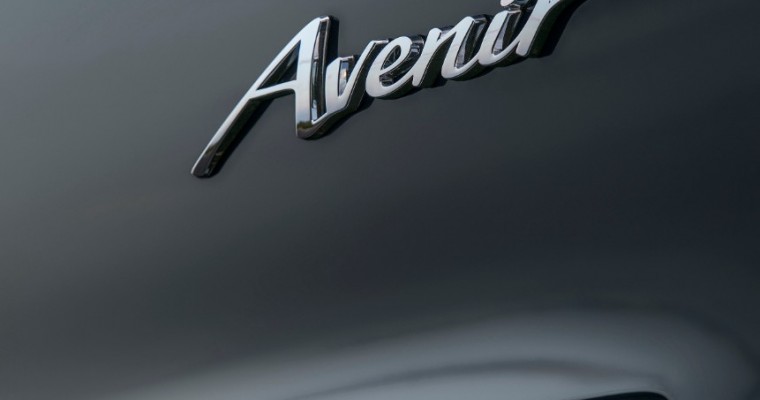 GMC ’s Denali brand has been making bank in 2017, accounting for approximately 30% of all brand sales throughout 2017 and providing the brand with significant gains in average transaction price. Buick, simply put, is ‘mirin’ Denali’s successes as it begins deliveries of its 2018 Buick Enclave Avenir, which is the brand’s first US-sold vehicle to […]

Will the Buick Avenir Sub-Brand Be the Next to Receive GM’s Super Cruise System? 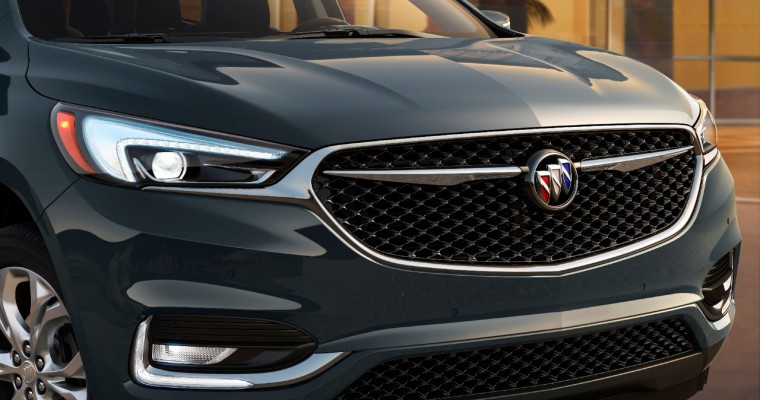 The Super Cruise technology from General Motors is probably the biggest thing to happen to the Cadillac brand in quite some time. This semi-autonomous driving system was first added to the CT6 sedan earlier this year. After achieving initial success for the Super Cruise system, GM is now considering where to take the technology next.  […] 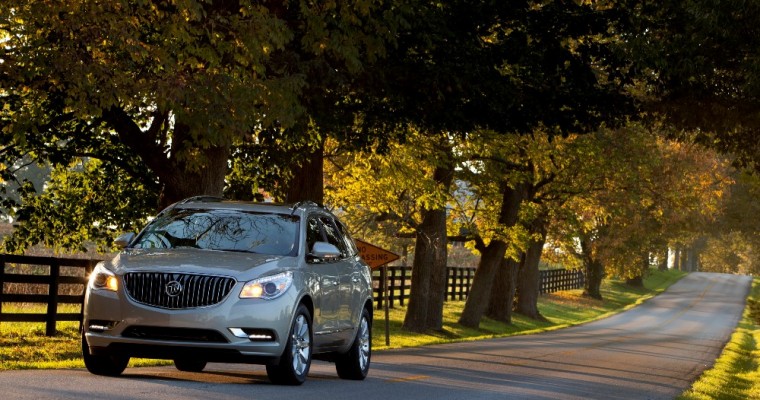 Thanks to the growing popularity of its SUV lineup, Buick's retail sales only fell by a mere 0.6%

Throughout most of 2017, the Encore and Envision have been the big stars of the Buick lineup in terms of sales growth. In October, the Enclave got its time to shine. Thanks to support from its SUVs, Buick’s retail sales in October were only down by 0.6%. As for its overall sales, Buick experienced a […] 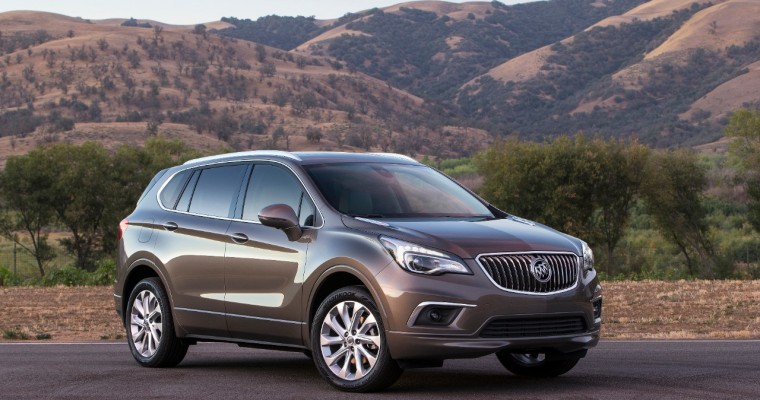 As a luxury vehicle in the compact SUV segment, the recently-debuted Buick Envision is a solid contender. With driver-assist technologies, a stellar Infotainment system, and safety features like Teen Driver and OnStar®, the Envision is a well-rounded vehicle. Celebrity Rides: Which stars drive your favorite Chevys? [wptab name=”What’s New”] What’s New for the 2018 Buick […] 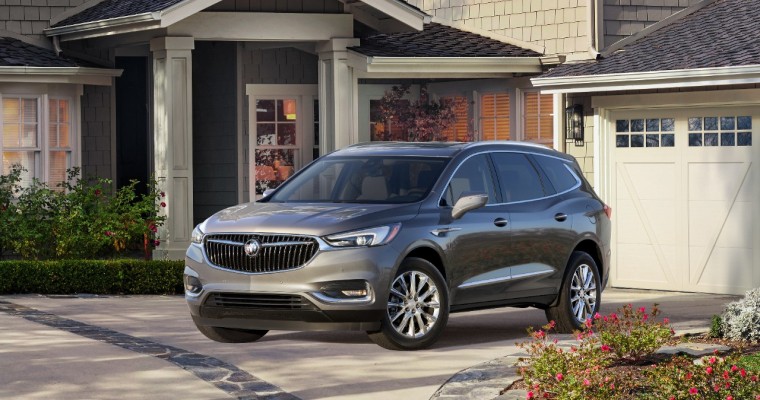 The all-new Buick Enclave has been redesigned for 2018. You may have seen the Enclave in the past, but the new and improved luxury SUV is dressed to impress this year. The 2018 Buick Enclave is available in four trim levels: Enclave, Essence, Premium, and Avenir. Financing: Estimate your credit score [wptab name=”What’s New”] What’s New […] 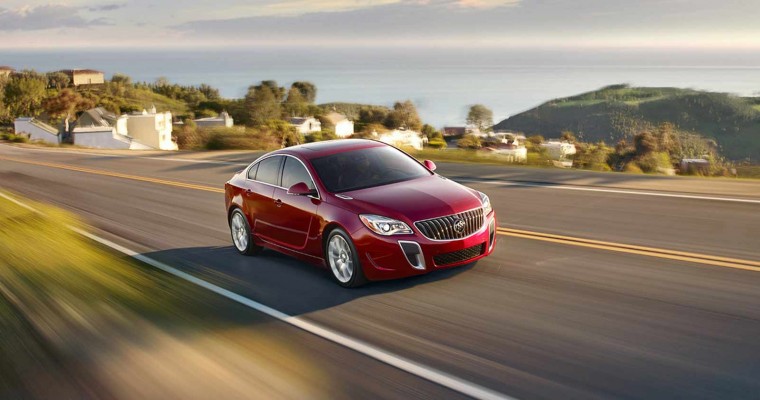 The declining sale of sedans is a trend that shows no signs of reversing anytime soon. That fact is clearly evident when one looks at Buick’s sales from last month. While each of the brand’s utility vehicles reported sales gains, each of its passenger cars reported sales losses. An Interest in Buick: Enclave is the most […] 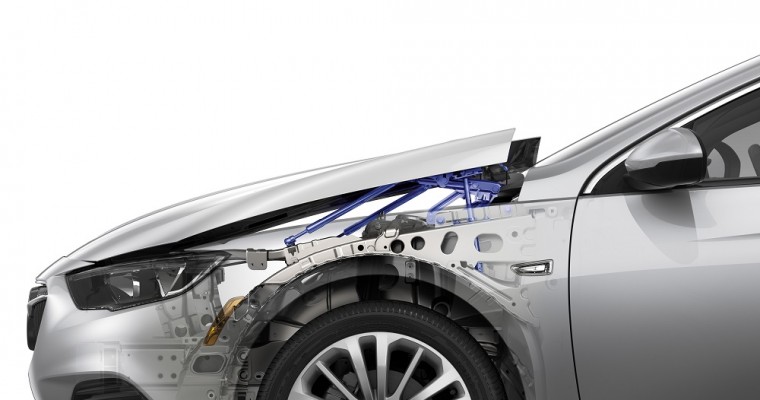 The newly-launched Buick Regal is the first vehicle to offer drivers in China an active-hood pedestrian safety system, which helps lessen the likelihood of serious injury for pedestrians that might be struck by an oncoming vehicle. General Motors introduced the technology in Europe about a decade ago, and it has since rolled out to vehicles […] 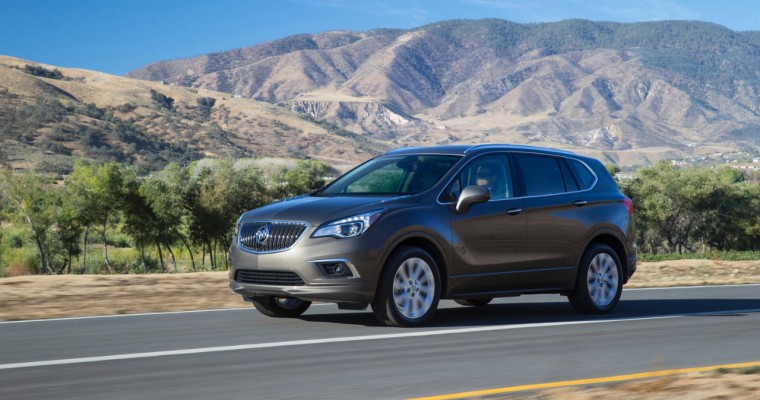 After an incredible sales month in June, Buick's overall sales took a hit in July

Earlier in June, Buick managed to escape the sales decline affecting the majority of the automotive industry, reporting a sales increase of 16.4% that month. Last month, however, Buick appeared to be following trends instead of subverting them. Buick retail sales in July were down 23.4%, with overall sales down 30.5%. Some of this decline is to […]

Buicks on the Big Screen: 5 Films Featuring the Luxury Brand 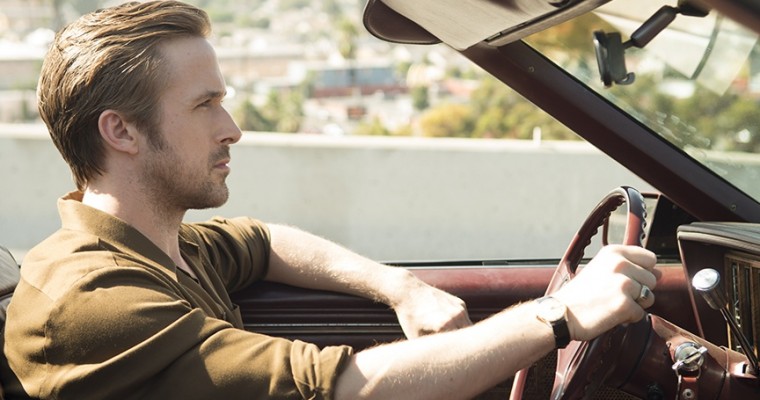 Hollywood seems to love Buicks, as evidenced by vehicles from the luxury car brand showing up in films of almost every genre imaginable. From horror flicks to animated Disney movies, Buicks definitely make a name for themselves on screen. Here are just a few of the more memorable on-screen appearances made by Buicks over the […] 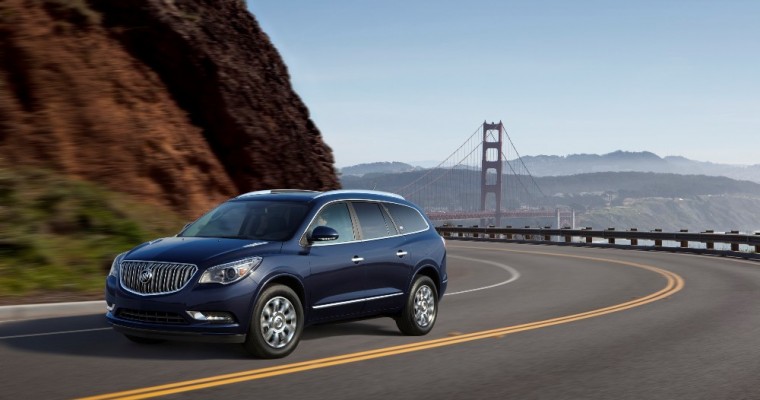 In today’s technological age, the most popular way to learn more about a vehicle that you are interested in is to simply look it up using Google.  Therefore, Google search results are a rather accurate indicator of which vehicles are generating interest in the industry. Motor maintenance company Gold Eagle recently examined data concerning which vehicles were searched […] 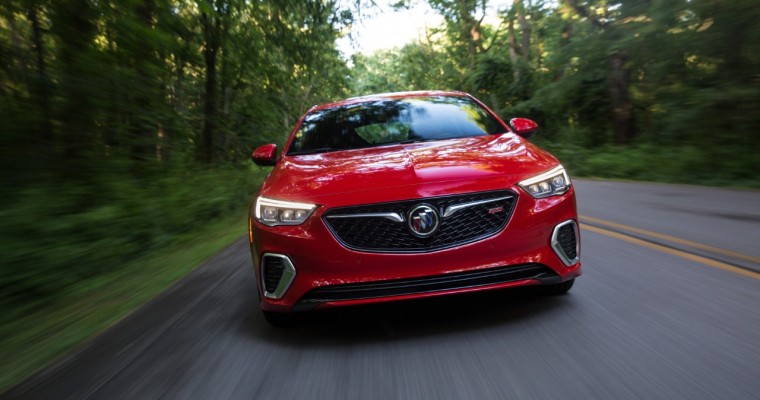 After possibly inadvertently revealing the output of its high-performance Regal variant, Buick wasted little time in revealing everything that there is to know about the 2018 Buick Regal RS, which was announced officially on Wednesday. Is it getting a 310-horsepower V6 engine? Does the Pope poop in the woods? No, that’s an actual question. People seem […] 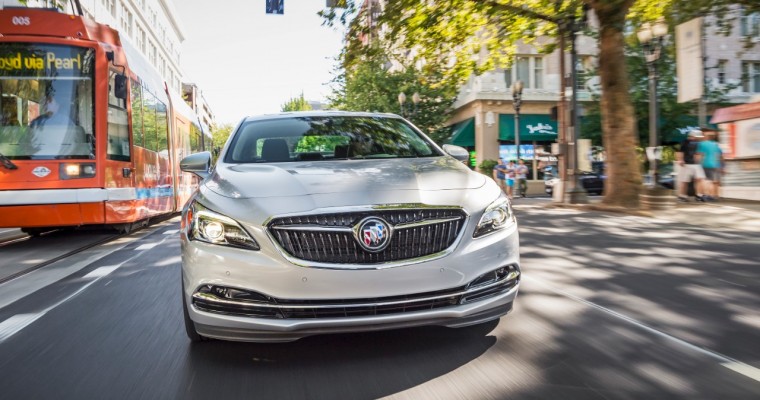 Out of all four of the GM brands, Buick undoubtedly experienced the most biggest success story last month. Whereas other badges under the GM umbrella faced sales losses in June, Buick actually achieved sales gains. In fact, Buick retail sales increased by 6.2%, while overall Buick sales increased by 16.4%. The Secret to Buick’s Success: Buick’s Smart […]