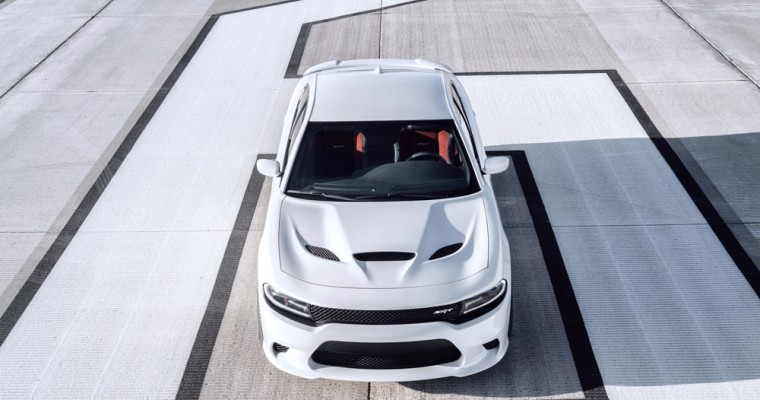 Dodge produces the most powerful mass-production muscle cars on the market—it’s no secret. With the brand’s 707-horsepower 6.2-liter supercharged V8 engine, which is the showpiece in the Dodge Hellcat models, it’s hard to imagine this title going to any other brand. Originally, though, this drool-worthy engine wasn’t nearly as powerful. In a recent report from […] 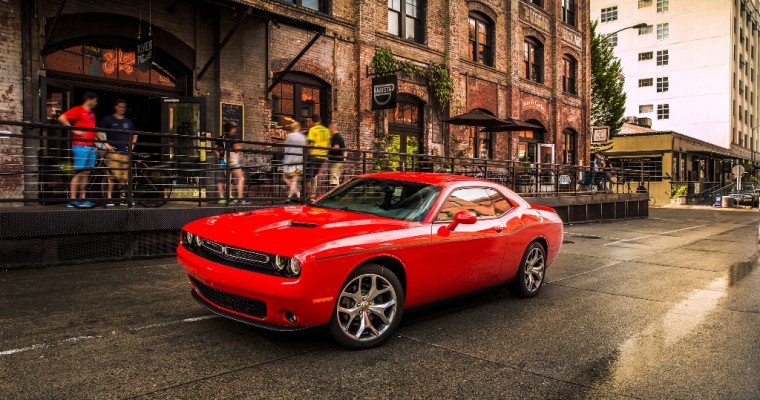 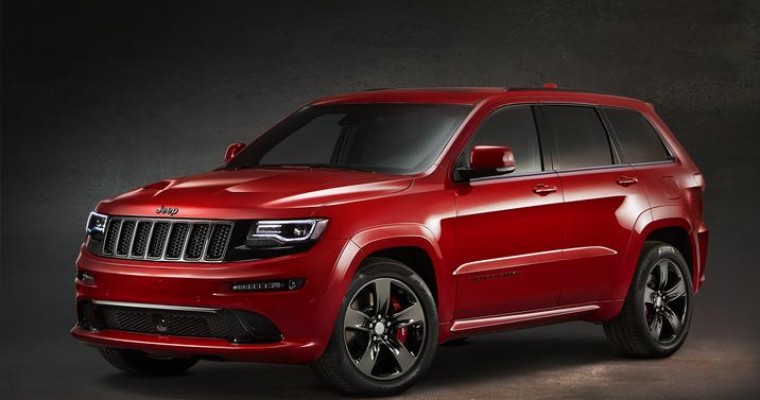 The moment we have all been waiting for is finally here. Fiat Chrysler has decided to answer the prayers of Jeep lovers everywhere, announcing that it will combine the beastly Hellcat powertrain with one of our favorite models—the Jeep Grand Cherokee. Better yet? This monster of a machine will be arriving in dealerships in 2017. […] 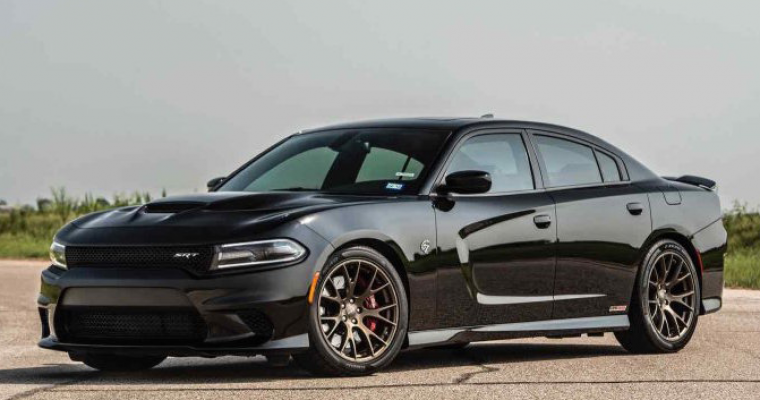 The Dodge Hellcat models are known for their pure power. For just under $70,000, you can get 707-horsepower worth of oomph and 650 lb-ft of torque from the Hellcat supercharged 6.2-liter V8. But, what if we told you that you can now get a Dodge Hellcat with 1,000 horsepower? Well, you can, thanks to Hennessey. […] 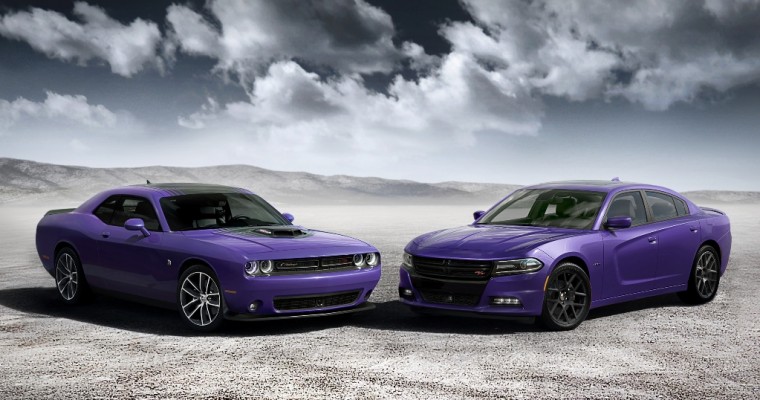 When it comes to power, few production cars can keep up with the Dodge Challenger and Charger SRT Hellcats. For over a year, the Hellcats’ 707-horsepower supercharged HEMI has blown the competition out of the water, kicking ass and taking names on roadways and drag strips alike. Now, to honor the Hellcat’s superior speed, Dodge […] 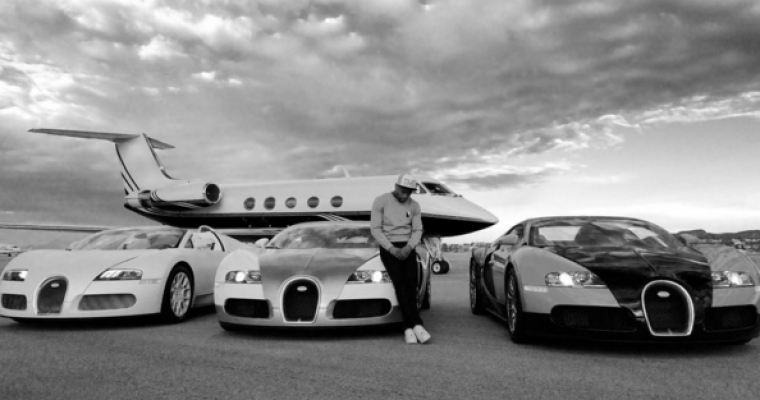 Many people are fascinated by the extravagant lifestyles of celebrities, with particular interest paid to the types of vehicles they drive. Celebrity car collectors such as Jay Leno and Jerry Seinfeld have taken their interest in cars and have turned that passion for automotives into unique TV shows, but that isn’t enough for a lot […] 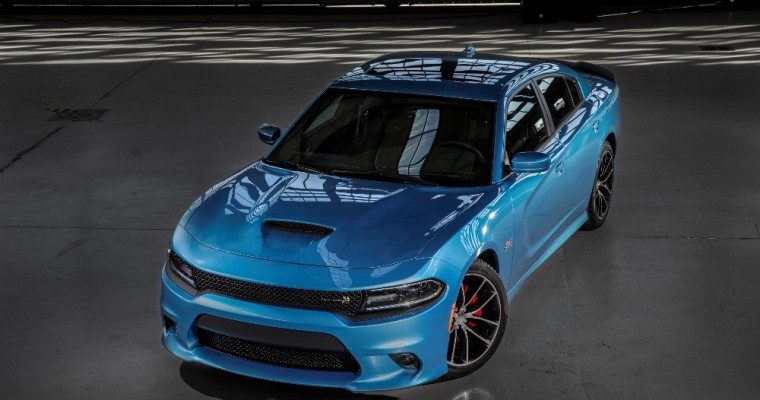 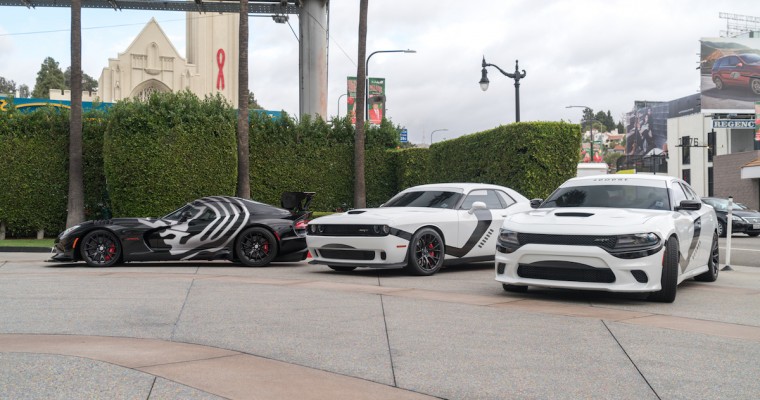 Unless you live under a rock, it’s likely you know that the newest addition to the Star Wars legacy is coming out on December 18th—and I don’t think anyone is more excited than Fiat Chrysler. This past weekend, Dodge was out in full force (haha, get it?) in Los Angeles to celebrate the upcoming premier […] 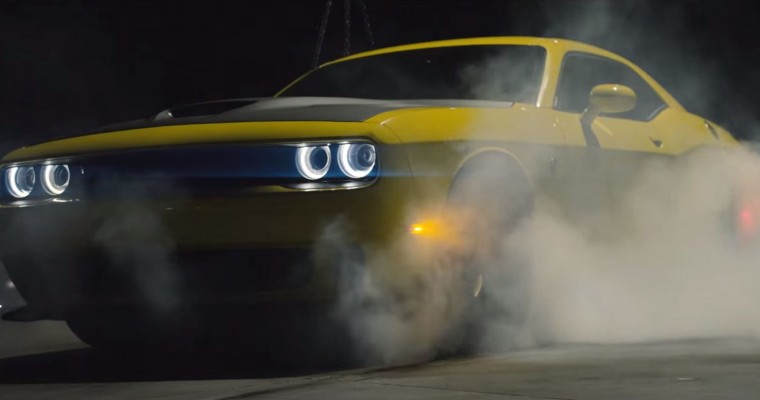 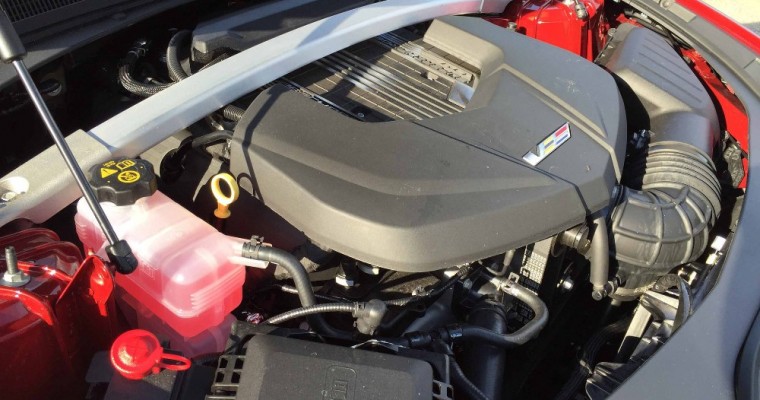 Here’s a question: when is 640 horsepower, 630 lb-ft of torque, and a top speed of 200 mph not good enough? The rumored answer is when your name is Cadillac and you’re concerned that rivals BMW and Mercedes might have something in the works even more powerful than the 2016 Cadillac CTS-V Sedan. Keep The […] 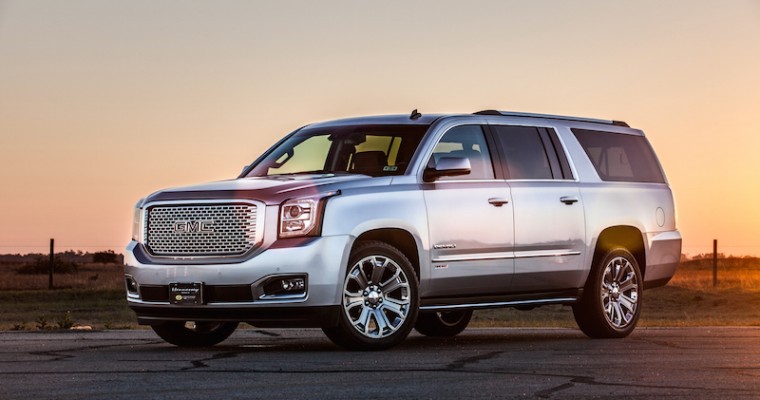 The 2015 GMC Yukon XL Denali is an impressive vehicle in its own right. But what happens when you take that luxurious beast and plug in a 2.9-liter supercharger system, high flow intercooling system, and Hennessey Performance’s unique expertise in the art of making fast things go even faster? As you’ll see below, 650 horsepower […] 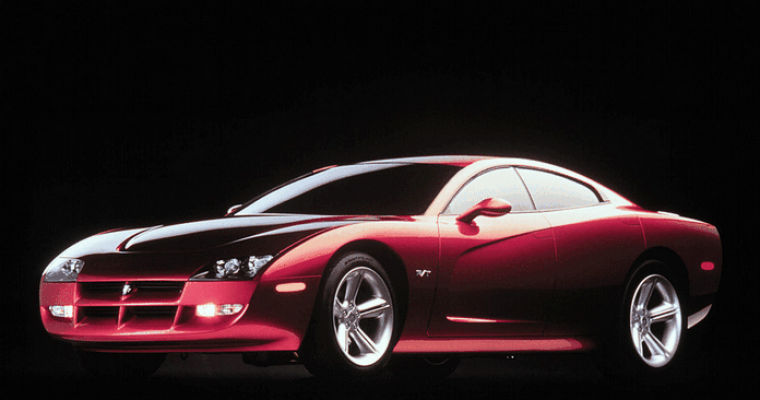 You might think what happens in Vegas stays in Vegas, but sometimes, that’s just not true. Earlier this week, Fiat Chrysler dealers from across the country gathered at a meeting in Las Vegas to catch a glimpse of FCA US’s newest products and now, we know just what to expect from Dodge in the future. […] 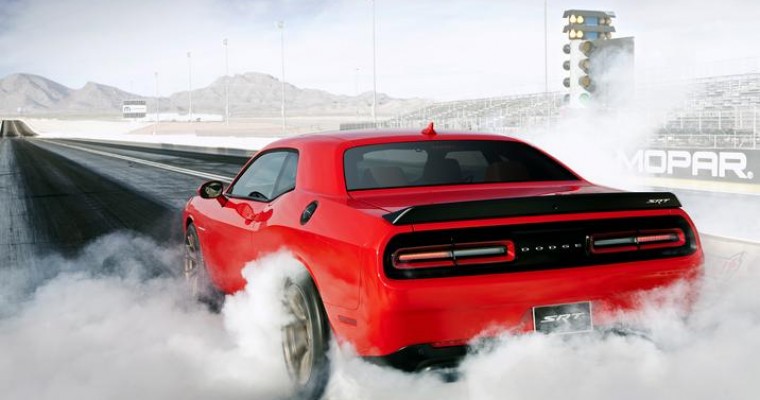 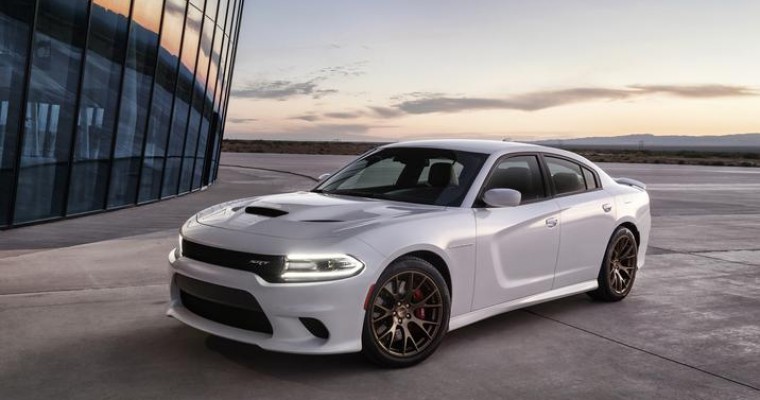 If you happen to have a 707-horsepower muscle car in your hands, what do you do? Well, if you’re Hennessey, you add another 100 horsepower to it. Related: Dodge Promises Seven Performance Models by 2018 Following in the similar footsteps of Walsh Motorsports, which took the 2015 Dodge Challenger Hellcat and made it churn out […] 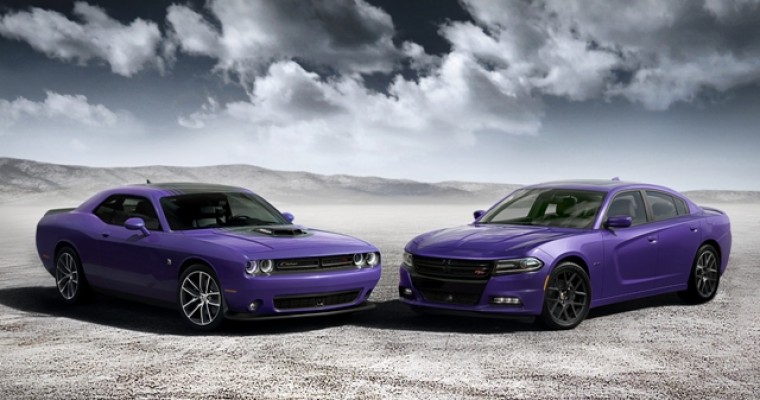 Dodge is going a little crazy—Plum Crazy, that is. The American carmaker recently announced it will be reintroducing the purple Plum Crazy body color on the 2016 Challenger and 2016 Charger models at the Woodward Dream Cruise. This striking purple exterior color, which truly turns heads, harkens back to the good ole days (a.k.a. the 1970s), […] 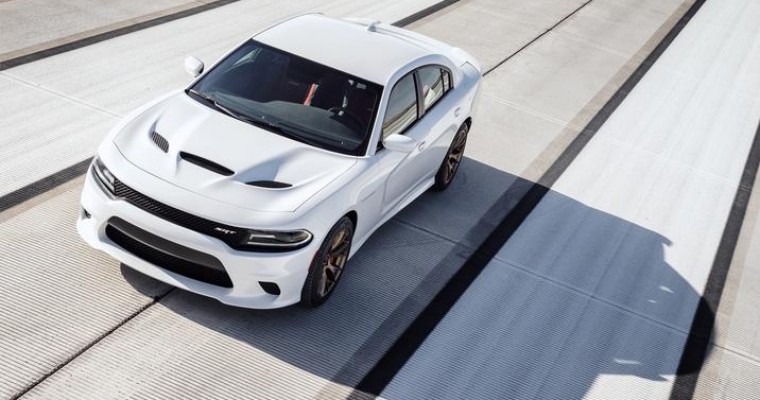 When Dodge first released the SRT Hellcat, it seemed like everyone and their mother wanted one. Quickly, demand for the speedy car outstripped the supply, allowing dealers to increase their prices significantly. Dodge wasn’t too happy about this and now, the American carmaker has decided to not only cancel pending 2015 orders and change the way […] 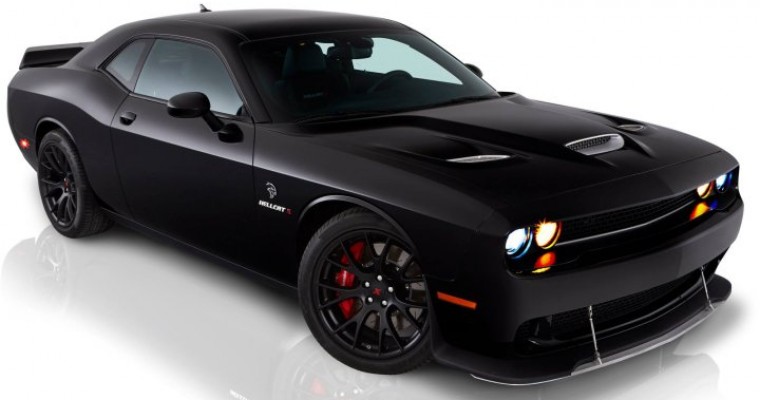 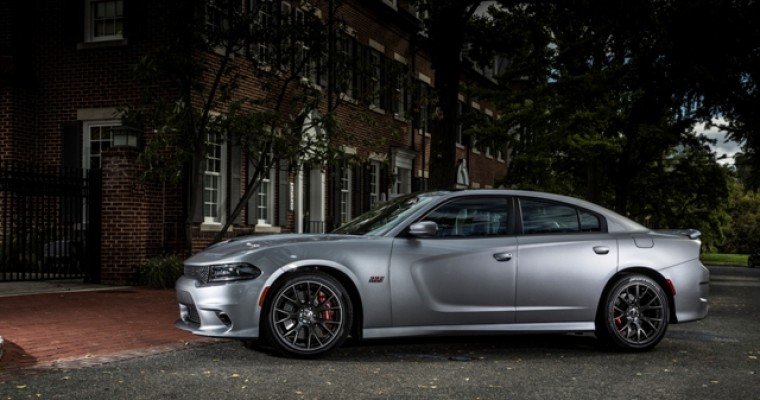 The Dodge Charger SRT Hellcat has been making waves in the car industry since its introduction earlier this year. With a ripping 707 horsepower, this muscle-bound car has easily stolen the limelight from the rest of its lineup, overshadowing one of the most fun Chargers to date—the 2015 Charger SRT 392. Related: Dodge is Back […]