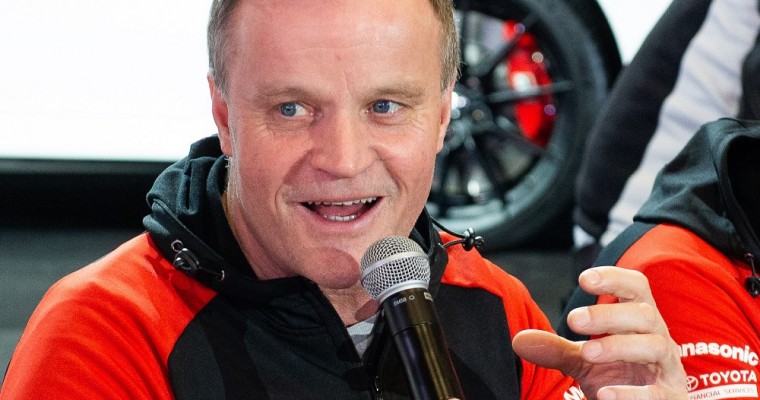 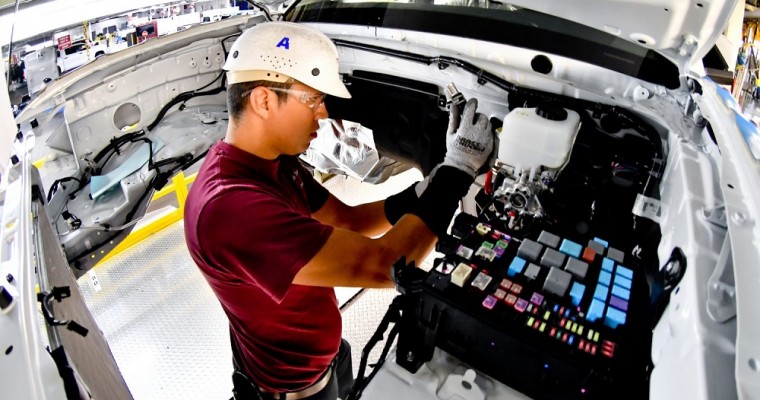 Toyota has achieved its $13 billion U.S. investment goal a year early. Following one of President Trump’s Twitter diatribes, the Japanese automaker had, in January 2017, pledged to invest $10 billion in its U.S. operations over the next five years. Toyota Cars: See how they compare The figure was later raised to $13 billion, but […] 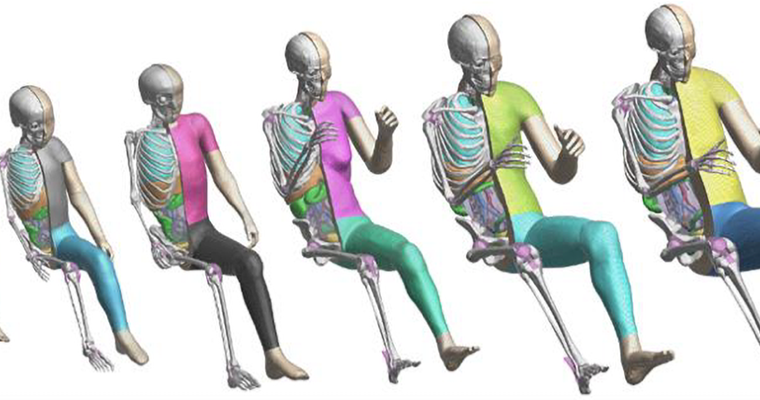 Toyota announced it will make its Total Human Model for Safety software freely available starting January 2021. The automaker hopes this will help improve vehicle safety as well as help improve the software itself. When it was first launched in 2000, THUMS was the world’s first software to simulate a virtual human body and analyze […] 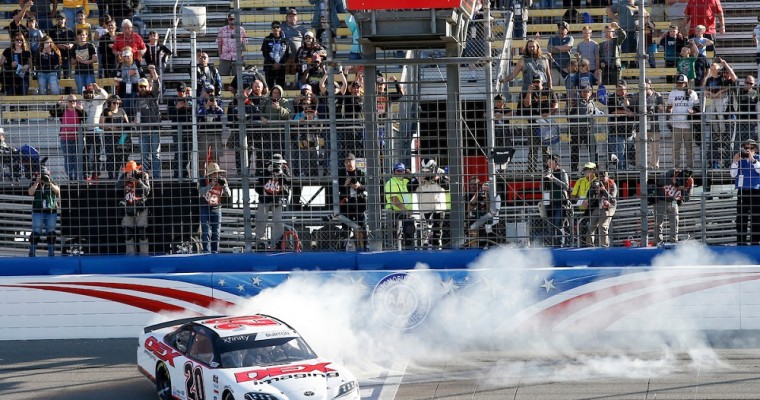 Harrison Burton, age 19, scored his first NASCAR Xfinity Series at the Auto Club Speedway in California, giving his strong rookie season a big boost. Burton was the leading man in a 1-2 finish for Joe Gibbs Racing and the Toyota Supra racing car, though at first it seemed as though it would be the […] 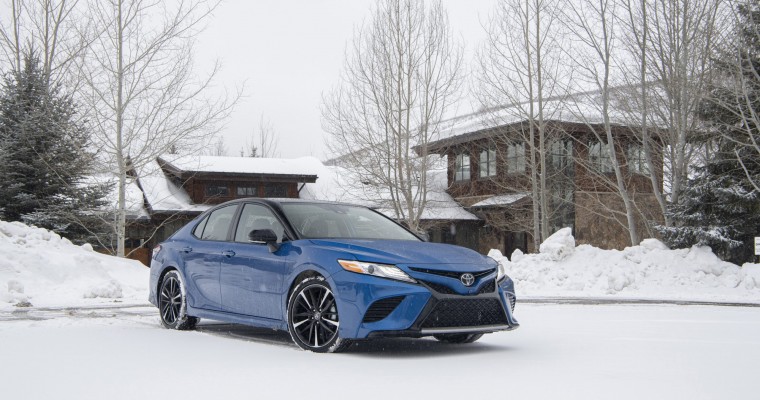 Toyota has officially launched the Camry AWD and Avalon AWD as it attempts to double down on the sedan segment, even as most of the industry turns its attention to crossovers and SUVs. It’s the first Camry to get all-wheel drive since 1991, and the first Avalon to get AWD since…ever. Officially dubbed Dynamic Torque […] 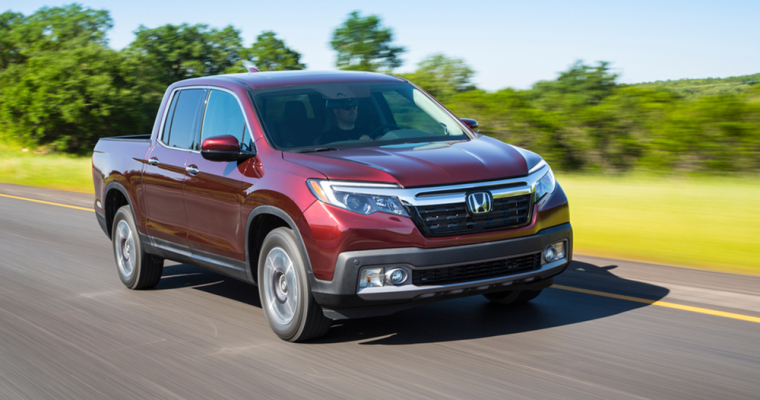 Will 2020 be yet another record year for crossovers, SUVs, and pickup trucks? One month in, the numbers are looking good — at least for American Honda. The Japanese brand’s North American division reported a new January sales record for its light trucks: 52,800 deliveries were made, up 2.3 percent from last year. There’s a […] 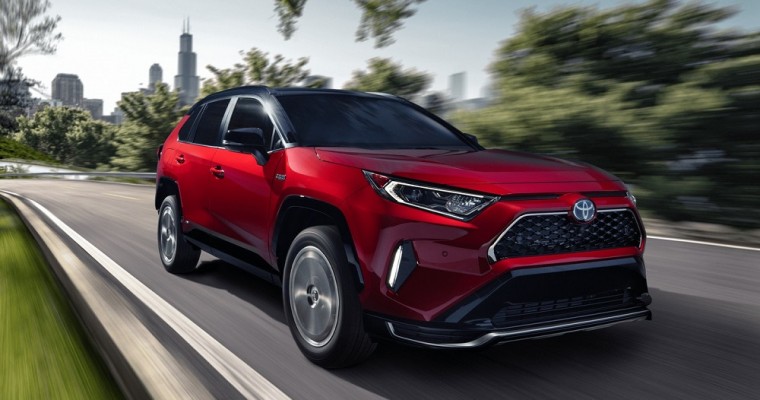 While Toyota is teasing off-road vehicles for the upcoming Chicago Auto Show, the automaker is also showing off the new 2020 Highlander, 2021 Mirai, and 2021 RAV4 Prime at the Washington Auto Show, held Jan. 24 to Feb. 2 at the Walter E. Washington Convention Center. We’ve already talked plenty about the 2020 Highlander, which […] 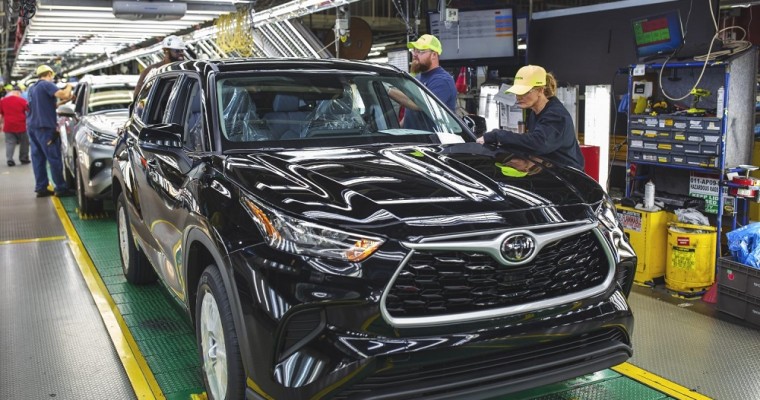 Toyota announced it invested an additional $700 million and added 150 new jobs to Toyota Motor Manufacturing Indiana to complete a modernization project that started in January 2017. The project aims to prepare the Princeton, Indiana plant for increased demand for the all-new 2020 Toyota Highlander SUV. Since the project started, Toyota has invested $1.3 […] 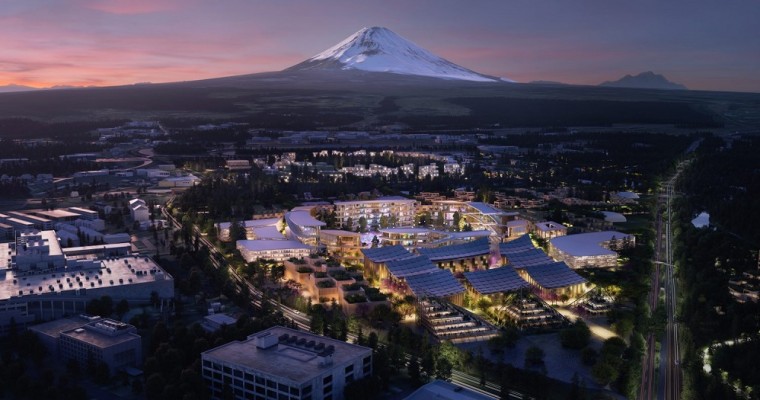 Toyota has announced at CES 2020 that it plans to build a “city of the future” prototype under Japan’s Mount Fuji. Named Woven City, it will span across 175 acres and rely entirely on solar and hydrogen fuel cell technology to power a fully connected ecosystem. It won’t just be an empty city that serves […]

New Toyota GR Yaris Could Be the King of Hot Hatches 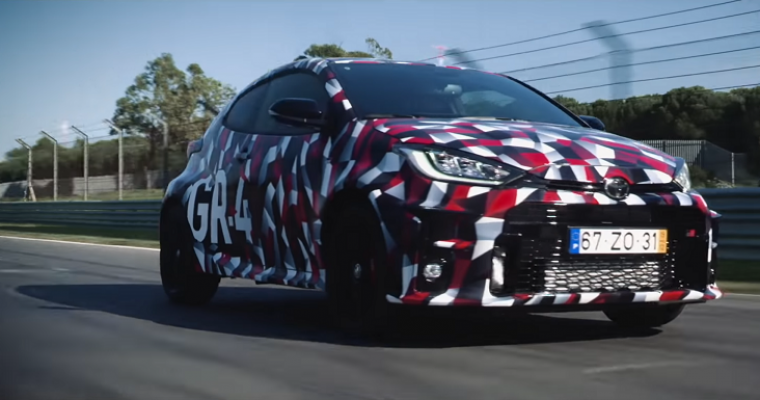 A few days after putting out an initial teaser featuring Akio “Morizo” Toyoda at the wheel of the upcoming GR Yaris, Toyota has launched a few more clips — along with mouthwatering details — that have us thinking the car may become the king of hot hatchbacks when it launches. The GR Yaris will serve […] 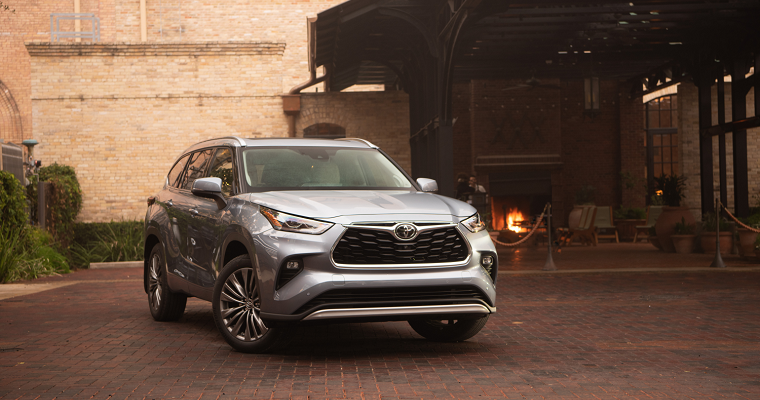 Toyota has finally launched the all-new, fourth-generation 2020 Highlander SUV, and while we’ve already discussed its price and exceptional fuel economy, now it’s time to look at its many, many features. To start, the 2020 Highlander benefits from being the first Highlander built using the Toyota New Global Architecture. The automaker says this allows the […] 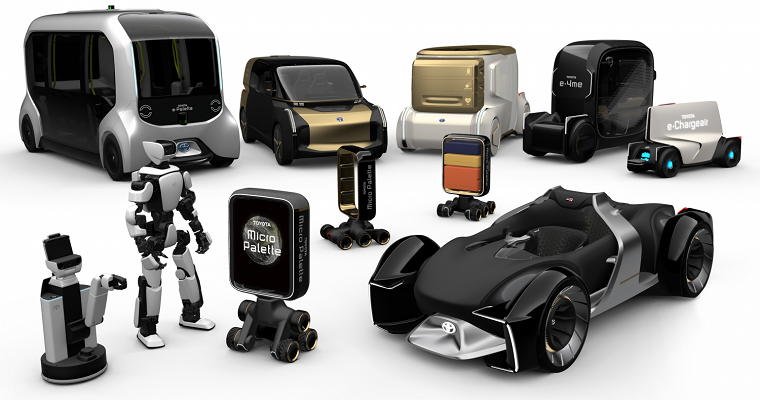 Toyota has announced it will appear at the 2020 CES convention in Las Vegas on January 6, where it will present information and cool concepts that are part of the company’s “mobility ecosystem strategy,” including a humanoid robot. Dubbed the T-HR3, the robot is an interest take on future mobility. It is not powered by […] 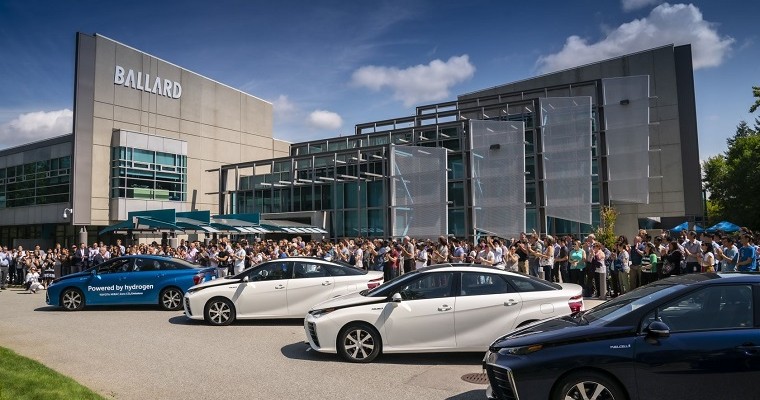 Ballard Power Systems, a Canadian energy company celebrating its 40th anniversary, has arranged for several of its employees to purchase British Columbia’s very first fleet of fuel cell electric vehicles from Toyota Canada. The Toyota Mirai fuel cell electric car, which emits only water vapor, has been limited in availability since its launch in 2014. […] 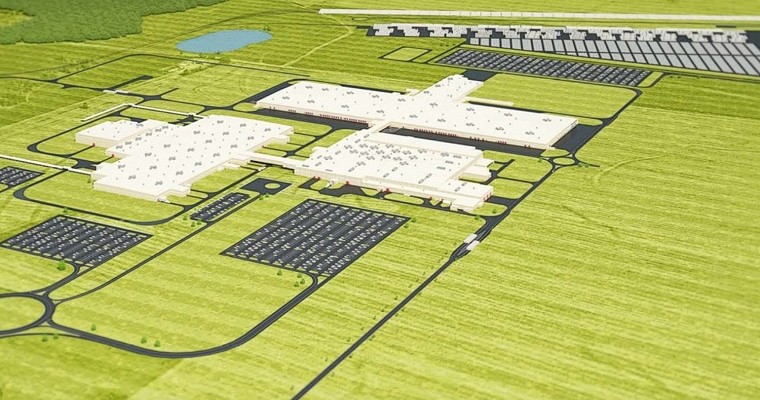 Japanese multinational automakers and automotive giants, Mazda and Toyota, have started a joint venture partnership in an Alabama plant as they broke ground on July 10, 2019. The assembly plant has been priced at $1.6 billion and is the first Mazda factory in the U.S which plans to build a new sport utility vehicle. In […] 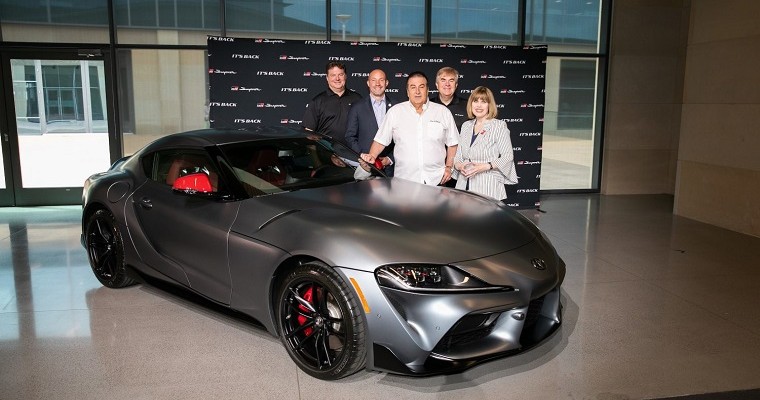 John Staluppi, who made the winning bid on the first 2020 Toyota GR Supra, finally took possession of his prize at the company’s headquarters in Plano, Texas. Staluppi paid $2.1 million for the fifth-generation Supra back in January during a Barrett-Jackson auction in Scottsdale, Arizona. Proceeds from the $2.1 million auction will go to the […] 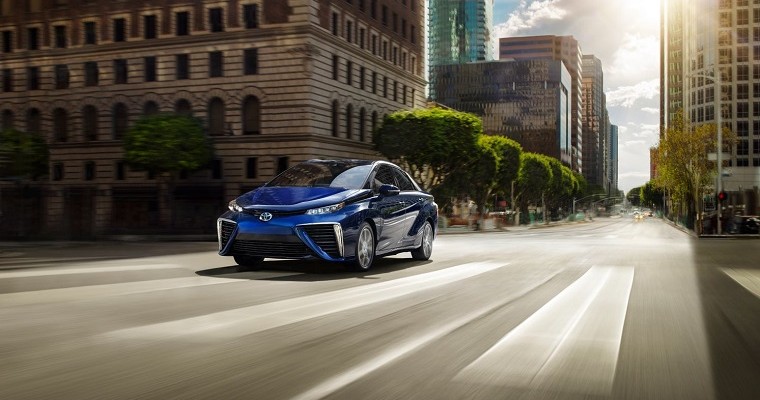 The Toyota Mirai hydrogen fuel cell electric car will now finally be available for purchase at Toyota dealerships in Canada beginning in July. The Mirai has so far been limited in its availability and was sold only in select markets around the world. In Europe it can be found in Belgium, Denmark, Germany, Norway and […] 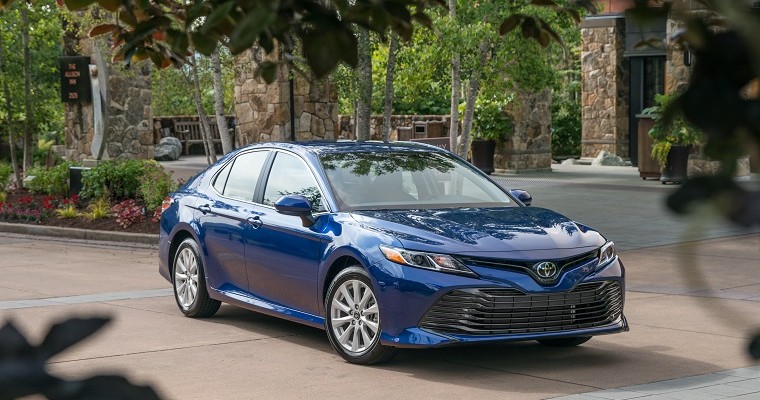 The First 2020 Toyota Supra Has Rolled Off the Assembly Line 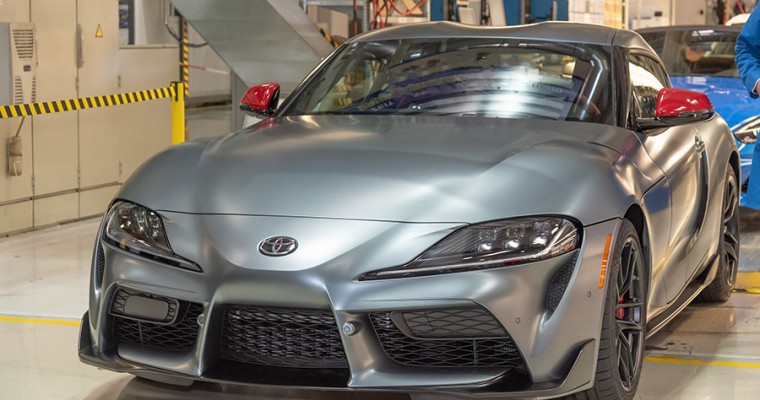 The very first 2020 Toyota GR Supra has rolled off the Magna Steyr assembly line in Graz, Austria, where all new Supra and new BMW Z4 models will be built (you can even see the latter behind the Supra in the image above). Painted in phantom matte gray, this first Supra — VIN 20201 — […]