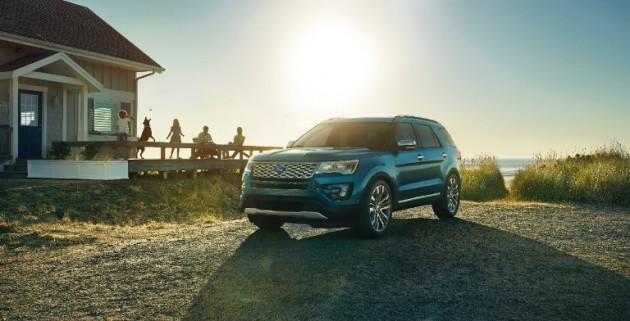 Today marks the debut of the 2016 Ford Explorer at the 2014 Los Angeles Auto Show, marking the namebadge’s 25th year as the preeminent full-size SUV. With a new look, options, and powertrain, the next generation of Explorer appears to be the most savvy that Ford has built.

“Explorer helped define how the world thinks about SUVs,” said Raj Nair, Ford group vice president and chief technical officer, Global Product Development. “Explorer is the centerpiece of Ford’s global utility vehicle lineup because it delivers an ideal combination of form and function. And with 7 million already sold, nearly everyone has an Explorer story.”

The 2016 Ford Explorer wears a resculpted face, including a new grille that sits higher; revamped LED headlamps, LED low-beams, and available LED foglamps; a closed-off roof rack that is designed to divert rainwater; and a new spoiler. 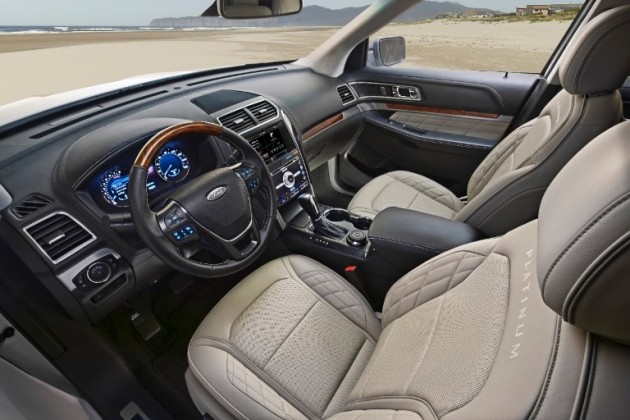 The Platinum series also comes to the Explorer for the first time ever, adding features such as brushed aluminum and satin-finished ash wood touches in the interior; Nirvana leather-wrapped instrument panel, armrests, and door trim; instrument cluster with 10” digital display; dual-panel moonroof; 20” wheels; and the aforementioned audio system and LED foglamps. 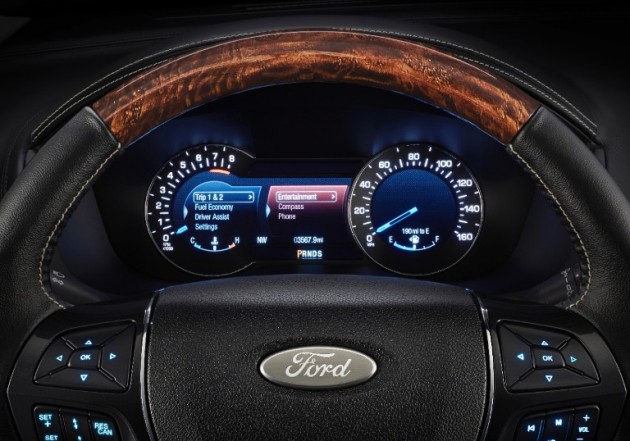 The biggest change, arguably, is the addition of the 2.3-liter EcoBoost, which is available at the base, XLT, and Limited trim levels and replaces the outgoing four-cylinder with improved power output and a presumed consistency in terms of fuel efficiency.

This can be paired with intelligent four-wheel drive with Terrain Management System™, which makes the 2016 Ford Explorer a must-have for off-roading.