The CX-5 wasn’t the only thing that the Zoom Zoom brand brought to the LA Auto Show—in addition to its new consumer vehicle, Mazda brought in its brand new RT24-P race car, starting a new era in the brand’s Motorsports lineup with its new flagship for North America. 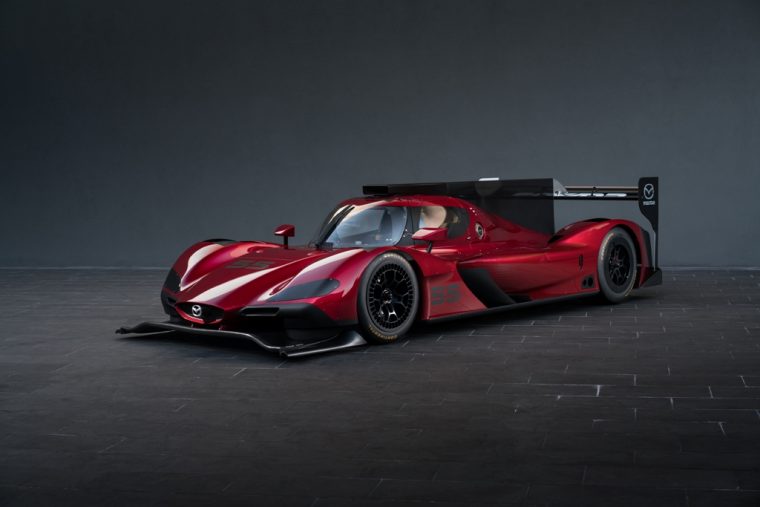 The RT24-P is set to compete under Daytona Prototype international rules in the Prototype class, which is the topmost level of the IMSA WeatherTech SportsCar Championship.

The name is an abbreviation of Mazda’s Road to 24 driver development program, with the following “P” representing the classification of “Prototype.”

Of course, no Mazda is complete without its KODO—Soul of Motion design, and the new racer is no exception. The bodywork reflects this philosophy of representing the instant that energy becomes motion, giving the racecar sleek body contours and a small version of Mazda’s five-pointed grille.

The engine propelling the RT24-P around the course is the Mazda MZ-2.0T engine that raced during this year’s IMSA season—a 2.0-liter inline-four-cylinder turbocharged engine, developed with Advanced Engine Research to produce a whopping 600 horsepower.

“This is a huge moment for Mazda Motorsports and the entire Mazda family,” said John Doonan, director of Mazda Motorsports North America. “To have a car which features Mazda design language at the top level of our motorsports program is meaningful for us as a brand. We believe we have the right team, the right drivers and the right chassis to win races and championships.”