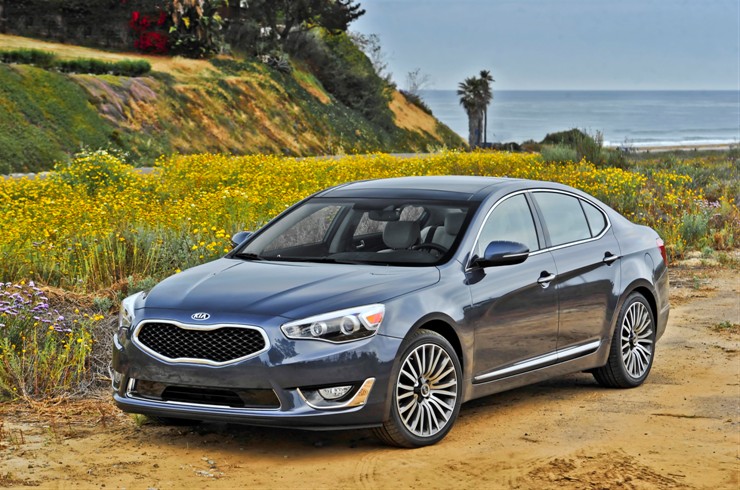 The North American International Auto Show is in full swing, and the awards are flying off the shelves. Kia was lucky enough to catch one, as Road & Travel Magazine has officially named the 2014 Kia Cadenza International Car of the Year (ICOTY). Kia is no stranger to this award, as the 2013 Optima managed to snag it at last year’s auto show.

“This year marks Kia’s 20th anniversary in the U.S. market, and in that time, we have become known for taking bold steps. The 2014 Cadenza is another leap forward for the brand and has brought new and affluent customers into our retail showrooms, people who had never considered Kia before,” commented Michael Sprague, Kia Motors America’s executive vice president of marketing and communications. “To win the prestigious ICOTY award two years running is a clear indication that our products continue to offer a world-class balance of design, amenities and value for today’s discerning car buyers.”

The Cadenza was chosen for its attractive design, as well as its premium technology and amenities, all priced at an incredible value. A jury of nationally recognized auto journalists from publications such as MSN Autos and Consumer Guide® Automotive was responsible for choosing the Cadenza as the ICOTY. This award-winning car marks the brand’s big step into the luxury market; Kia’s luxury portfolio will only be enhanced when the K900 hits dealerships for the 2015 model year.

“The Kia Cadenza wins in this category for a variety of reasons, including Kia’s remarkable effort to emerge in the entry-lux category,” reported Courtney Caldwell, editor-in-chief of Road & Travel Magazine. “Overall, the car is beautiful and affordable, making upscale style and performance attainable to mid-America. We applaud Kia’s rapid rise from underdog to unbelievable!”

The 2014 Cadenza has not been quiet since its appearance on the market. The luxury sedan has also garnered top honors in a full-size sedan comparison test (Motor Trend Magazine) and made it onto the 2014 North American Car of the Year short list. Expect more big things to come of the all-new Cadenza in the coming months and years.