Save the Date for MINI Takes the States 2016 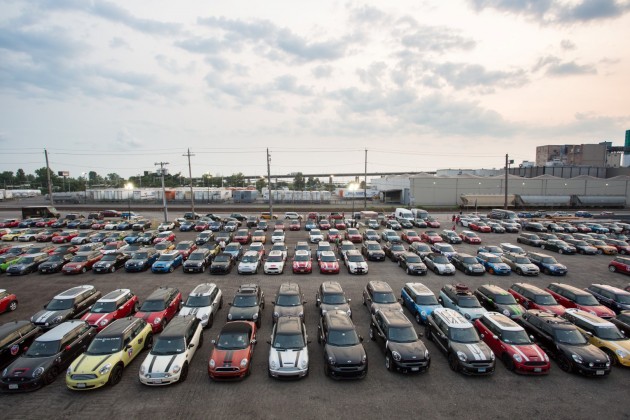 If you’re a MINI owner who dreams of taking the ultimate road trip, listen up. It might be a year away, but the automaker recently announced the dates for MINI Takes the States 2016—a 5,142-mile journey across the United States from San Francisco to Boston, covering 15 cities and 18 states in 14 days. Sound epic? Yep, it is.

The event will take place July 9 – 23, 2016, and will mark the sixth year that MINI has made this trip. Each time, MINI employees have driven the entire length of the journey, with fans joining in for legs along the way; some fans even make the entire trip. Although no details have been released, MINI promises to “provide its loyal owners and enthusiasts with genuine, once-in-a-lifetime motoring experiences.” You can sign up to receive information about the event on its website, as well as explore the fun that was had the last time the journey was made in 2014.

“MINI TAKES THE STATES 2014 was such an amazing experience that we couldn’t wait to announce the dates for 2016,” professed David Duncan, Vice President MINI of the Americas. “I also personally wanted the community to know that I am standing by the promise I made in Boston at the end of our last adventure together. We will motor again in 2016!”

2014’s event attracted almost 4,000 MINI owners from across the globe—500 of whom completed the trip in its entirety. Among them were Fritz Fritz Kreis and Thomas Fuerst, two Germans who included MINI Takes the States in their own, even more epic journey around the world in their MINI Cooper.

Mark your calendars for next year’s event, and in the meantime, enjoy this gallery of photos from MINI Takes the States 2014.