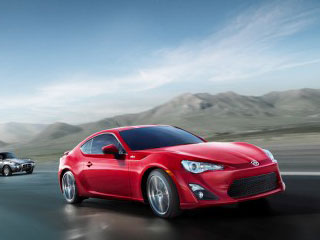 The Scion FR-S was first introduced to the North American market as part of a collaboration between Subaru and Toyota. Since its introduction, it has changed the face of Scion, helping the brand establish itself as more than just a boxy body and high performance.

The Scion FR-S is a sports car coupe that is produced in Ota, Gunma, Japan, initially beginning production in January 2012. It was first introduced at the 2011 New York Auto Show, though it didn’t officially arrive on dealership lots until mid-2012. Though it is offered in only one trim level, there are rumors of a hybrid powertrain and a convertible body style being produced for the sexy sports car.

Though it hasn’t been on the market very long, the Scion FR-S has already received recognition from two major publications. U.S. News named the FR-S the best affordable sports car of 2012, while Car and Driver magazine awarded it as one of the ten best cars of 2013.