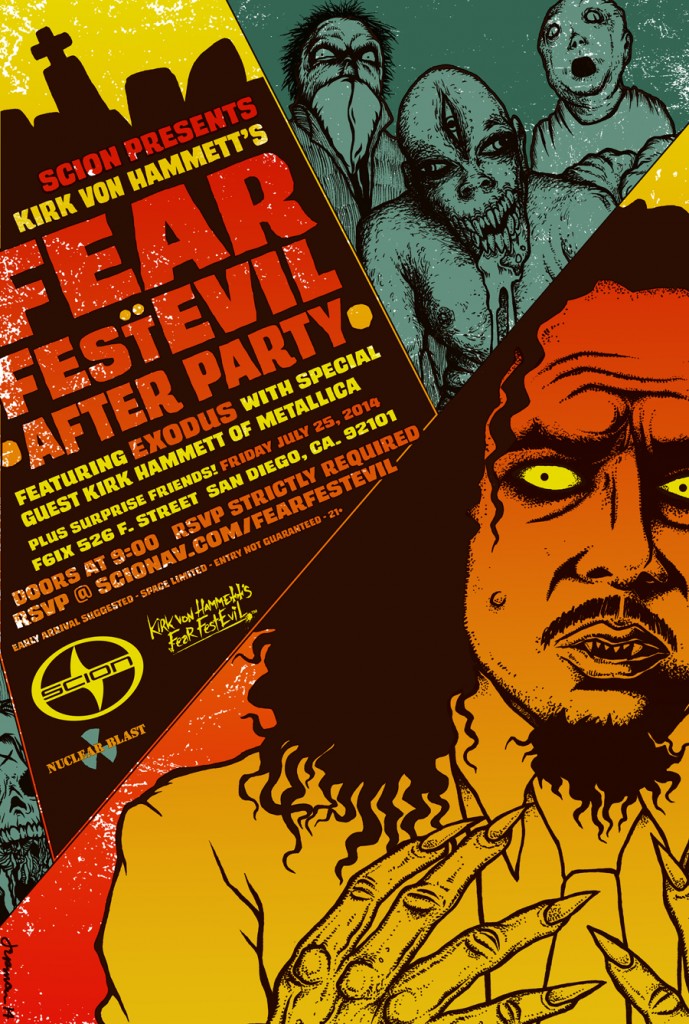 If you’re a fan of heavy metal, then you probably best know Kirk Hammett as the blisteringly fast guitarist for Metallica, arguably one of the biggest bands in the world. If you’re a fan of hilariously awkward moments in documentaries about rich musicians allowing their otherworldly egos to tear apart at the seams their decades-long partnership over pedantic ridiculousness, then you know him as the guy who sits quietly in the background trying to eat his burritos in peace while James Hetfield and Lars Ulrich quibble incessantly during Some Kind of Monster.

On the other hand, if you’re a fan of horror and horror collectibles, then you might know Kirk Hammett as the owner of one of the world’s most significant collections of spooky memorabilia. Kirk decided to turn his love of all things horror into Kirk von Hammett’s Fear FestEvil, a massive convention that fuses music, art, and film and brings together fans from all over the world.

An extension of Kirk von Hammett’s Fear FestEvil includes the Fear FestEvil After Party being held in San Diego on Friday, July 25 as a sort of post-show to the San Diego Comic Con. Hammett will be attending SDCC and signing his book, Too Much Horror Business, which features a wealth of images of his prolific collection.

Kirk Von Hammett’s Fear FestEvil After Party will feature a performance from Exodus, the Bay Area thrash metal band of which Hammett was an original founding member before his time in Metallica. The invite promises additional “surprise friends,” which could be an indicator of an impromptu performance from Metallica or, at the least, an appearance from the Robot Monster.

Oh, right. We need to justify posting this on an automotive news website. Did we mention that it’s sponsored by Scion. Yes. SCION! Officially, the event is called “Scion Presents Kirk Von Hammett’s Fear FestEvil After Party.” So, yes, it totally has to do with cars, guys.

RSVP for the event is strictly required, and it is also closed. That means if you plan on going, you might want to start asking around and offering to trade your beloved and recently-acquired SDCC exclusive swag for admission.