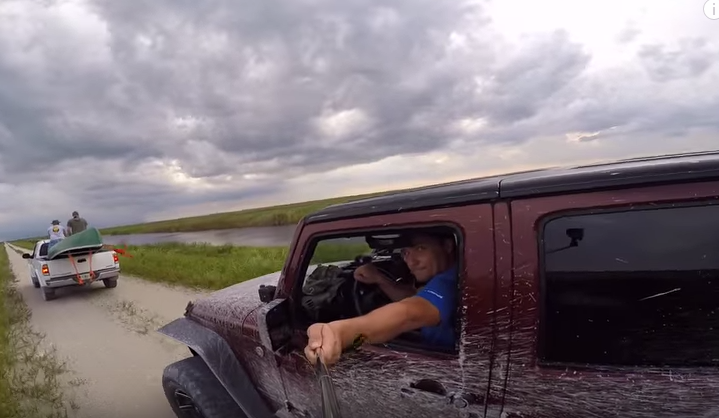 You’ll never guess what happens next

If you are a human being with a brain, you’re probably aware of the fact that it’s not a great idea to mess around with your phone while driving. You can probably also make the connection that filming yourself with a GoPro camera mounted to a selfie stick while driving is an equally dumb idea.

A Florida man who was apparently lacking in the brain department found this out the hard way after he rear-ended the driver in front of him, causing a canoe to come crashing through his window.

Luckily for driver Alex Lopatnyuk, he was driving slowly down a dirt road while doing said selfie stick filming. Since he was so focused on making himself look cool to the camera, he didn’t see that there was a pickup truck in front of him, and ran straight into its rear. Unluckily for him, the pickup truck had a canoe tied to the back, and the canoe went straight through Lopatnyuk’s windshield.

Lopatnyuk was unhurt, but he was eager to share his EPIC FAIL with the internet, posting his video on YouTube soon after. 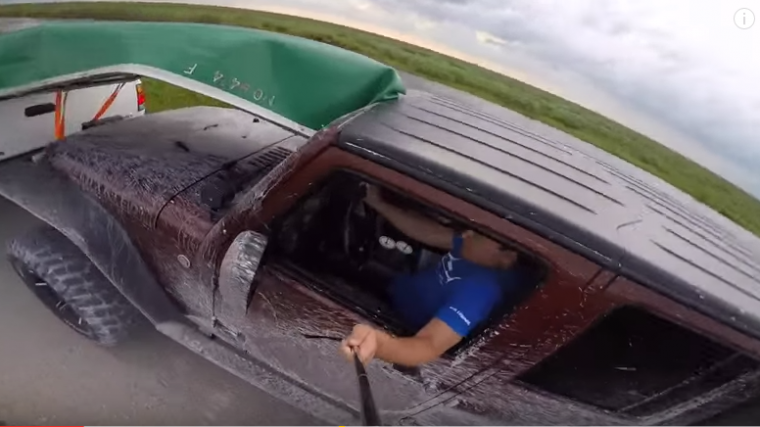 Yep, there it is

While the video is fairly lighthearted, it brushes on an important point about distracted driving. Lopatnyuk was lucky, but other drivers have not been so lucky when they decided to take selfies while driving. So by all means laugh away at this driver’s boneheadedness, but remember that it highlights an important issue, and think twice before reaching for your phone (or GoPro camera) while behind the wheel.