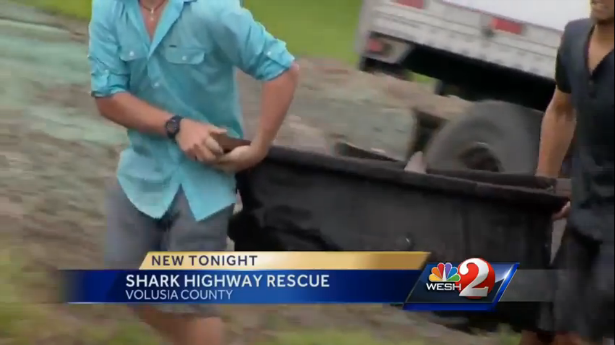 A semi-truck crash on I-95 in Volusia County, Florida, resulted in the death of one shark on Wednesday. No, that’s not a typo. And, no, this hasn’t been a great week for animals in cars.

A semi-truck containing four five-foot sandbar sharks suffered a blow-out, sending it careening into the woods. In the process of the accident, one shark was “ejected” from the truck and died. Imagine being an individual in those particular woods and having to dive out of the way of a runaway truck, only to look up and see a five-foot shark flying at you. That’s pretty much every irrational childhood fear in one neat little package right there.

“Accidents happen. We’re just glad everyone is OK,” said passenger Frank Young. Young and two other occupants were completely unharmed in the accident. 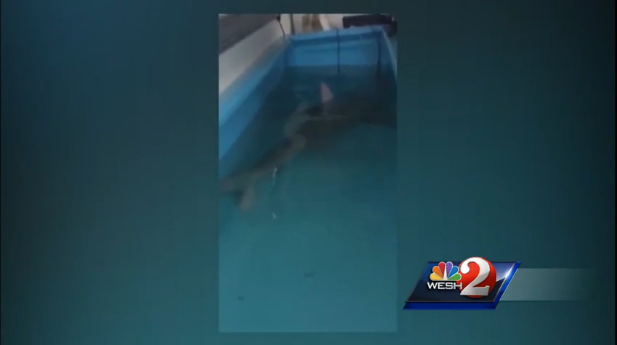 The sharks were, according to WESH, being transported to an aquarium in Coney Island, New York, from Marathon, Florida.

Personnel from the nearby SeaWorld were brought to the scene to return the three surviving sharks to the company’s Orlando care facility. This sounds almost bar-for-bar like the plot of Jaws 3D. By that accord, this could be a very real possibility:

Yeah, but just wait until the 20-foot mother shark comes barreling into the park and eats Lou Gossett, Jr. (Or maybe Brad Keselowski.) Then you’ll all be sorry.