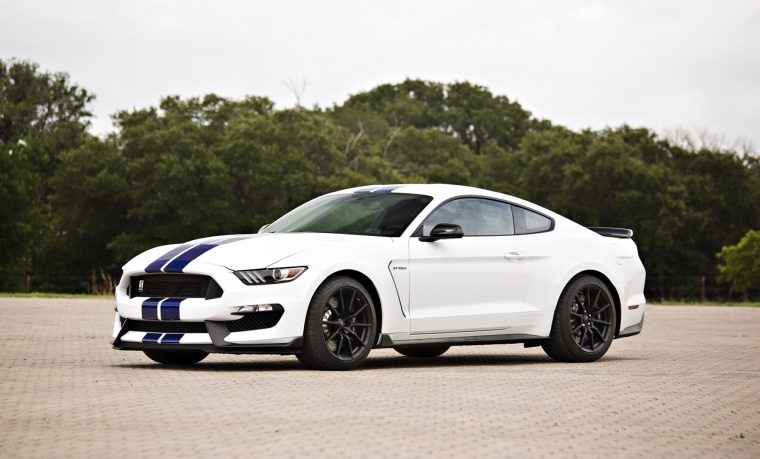 Ford has confirmed that a 2016 Ford Shelby GT350 driven and signed by former President George W. Bush raised a final total of $700,000 at the Gooding & Company auction that took place during the Pebble Beach Concours d’Elegance last month.

The proceeds raised from the Mustang’s auction were all donated to the Bush Institute’s Military Service Initiative. Auction guests contributed an additional $185,000, bringing the total donated to veterans to $885,000.

“We appreciate the opportunity to work with Jay Leno as a part of his efforts to increase awareness and raise funds for the Bush Institute’s Military Service Initiative,” said Henry Ford III, global marketing manager, Ford Performance. “We’re indebted to the courageous men and women who have fought to preserve our freedoms. Providing this Ford Shelby GT350 Mustang—which President Bush drove and signed—is a small token of our gratitude for their sacrifices.”

Jay Leno served as the emcee for the auction, driving the prized vehicle to the auction block and riling up onlookers and bidders with Ford III. Military Service Initiative director and Retired US Army Colonel Miguel Howe also performed push-ups for additional donations.

Bush drove and signed the Mustang in June when Ford III brought it over for a spin around the former President’s ranch in Crawford, Texas.

The Bush Institute’s Military Service Initiative “honors the service and sacrifice of post-9/11 veterans and military families by improving their well-being and unleashing their potential.”