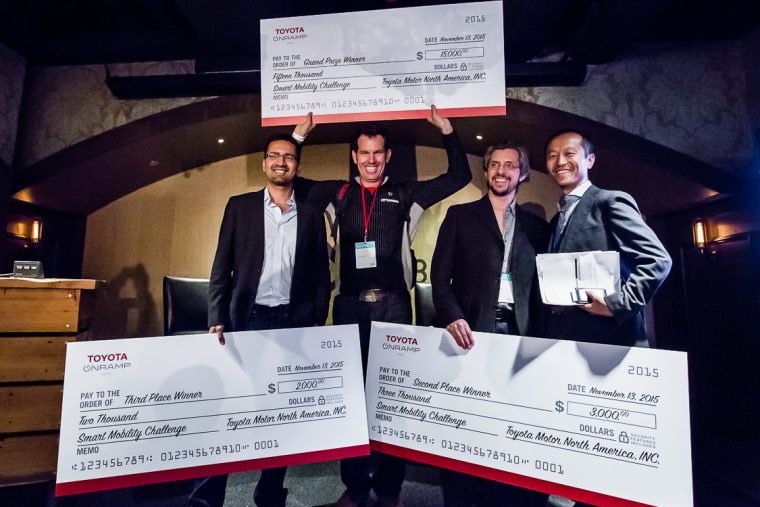 The three winners of the Smart Mobility Challenge

The Toyota i-Road is a quirky little vehicle that’s not quite car, not quite motorcycle. It’s designed to help city dwellers traverse around their hometowns with ease, and it’s currently being tested in various locations, including Grenoble, France; and Tokyo, Japan. Although it’s not yet being fully tested in any US markets, the i-Road is making its way around the country, showing off its perks in places like Washington, DC; and Dallas, Texas. 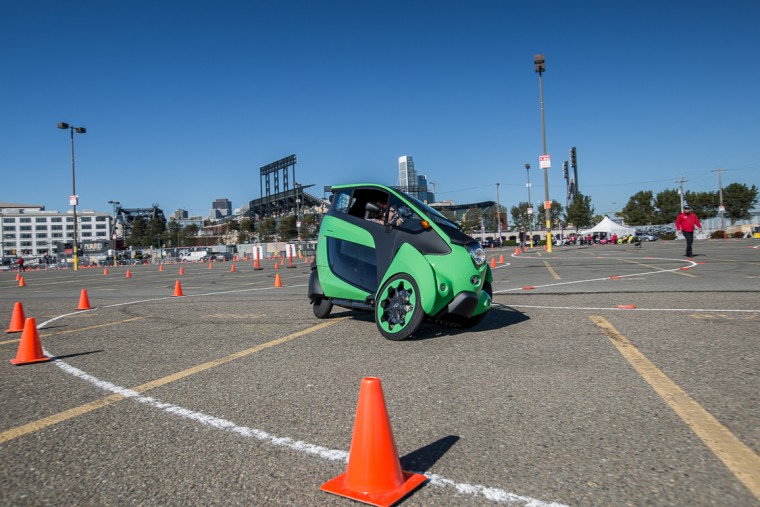 More recently, attendees at Toyota’s Onramp 2015 conference were challenged to propose plans on how Toyota’s i-Road could help the traffic situation in the congested Bay Area. More than 40 teams put forth their plans during the “Smart Mobility Challenge,” and the top three were awarded with monetary prizes and recognition.

The grand prize went to Jason Weiner, whose “M-iRoad” concept allowed the vehicle to change between a car and an electric bike depending on user, from seniors to brand new drivers. Weiner, who is a technical consultant, was awarded $15,000. Weiner also wins the opportunity to work on a potential collaboration with Toyota that could make his concept a reality. 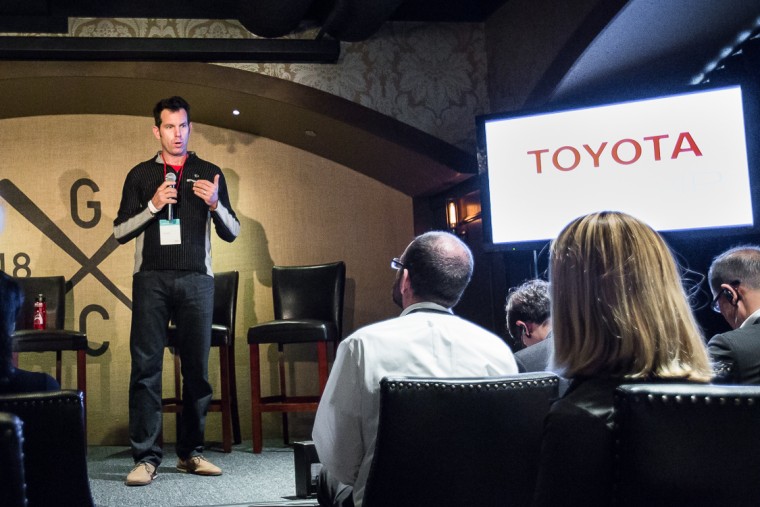 “I’ve wanted to work more at the intersection of my passion for cars and technology, and Toyota’s Smart Mobility Challenge offered me an opportunity to do just that,” explained Weiner. “I can’t wait to see if my idea is realized and am very excited by the opportunity to collaborate with Toyota.”

In second place, Dryvve’s plan included an innovative mobility service that uses on-demand-car and parking services. The prize for second place amounted to $3,000.

Finally, third place and its $2,000 prize went to Car-on-Demand—an on-demand car-sharing service featuring pick-up and drop-off to the user’s home. 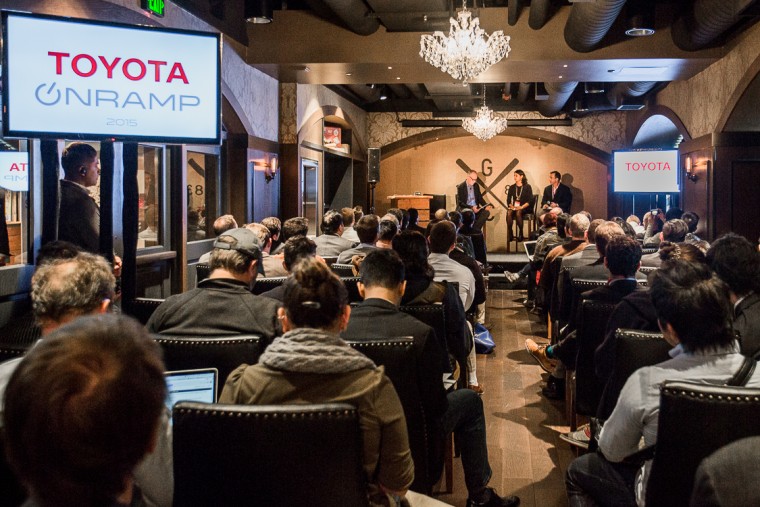 A panel discussion at this year’s Toyota Onramp conference