Someone Invented A Parking Ticket You Cannot Escape 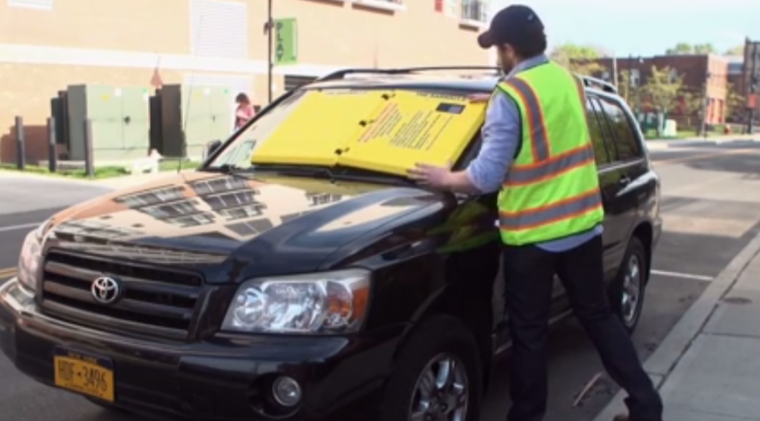 Parking tickets: They’re something that we all dread when coming back to our cars parked on the street, and we worry about missing one when we start to drive off. One company has built a parking ticket that you would never be able to miss, simply because you can’t see around it. No, we’re not talking about a comically-large parking ticket that resembles a giant charity check. We’re talking about the Barnacle from Ideas That Stick.

The Barnacle is a device meant to be used by law enforcement for traffic violations that they currently use heavy wheel clamps, or “boots,” for. The lightweight devices can be stored neatly in a trunk, and the unfolded and placed on a windshield with a traditional ticket for unpaid traffic fines, completely blocking the view of the driver. Industrial-grade suction cups hold the Barnacle on the windshield (giving the device its name) with hundreds of pounds of pressure so that it cannot be removed to drive away. Even if a driver would try to drive off with it on, it would be very obvious to anyone that the car needs to be stopped.

To have the Barnacle removed, a driver must call and pay their fines. Then they would be given a code to release the Barnacle’s suction cups, and return the device to the police within a designated time frame. The devices have GPS on them to prevent drivers from just not bringing them back (or track people who drive off), as well as an alarm. The company says that the device is preferable to the traditional boot because it does not damage the wheels of a car, as an improperly applied boot might.

Check out the giant parking ticket in action below, and hope that you don’t find it on your car anytime soon.