Study Confirms All Your Preconceived Notions About Millennials Not Understanding Cars 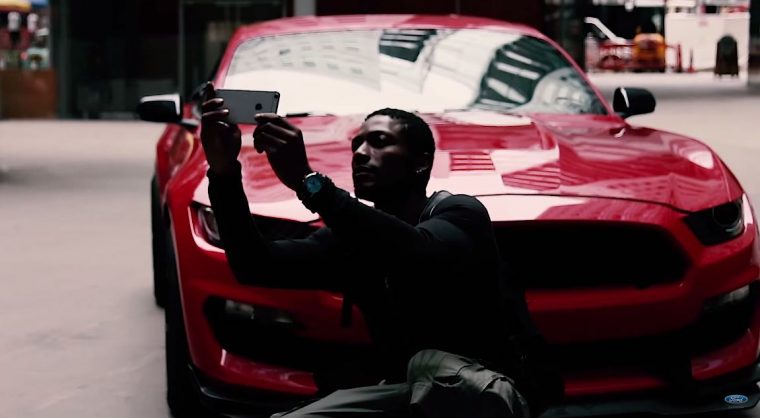 A young person takes a selfie with a Ford Mustang that he, statistically speaking, may very well be unable to operate

Are you a Baby Boomer who rolls your eyes and/or shakes your fist at the idea of today’s generation being more interested in Snapchatting Pokémon or whatever than learning how to drive stick?

Well, new research has proven your superficial stereotyping of Millennials to be 100% accurate.

A recent study by CheapCarInsurance.net surveyed 2,000 drivers across the United States and came to the conclusion that younger generations do indeed have a lot less mechanical know-how than their elders. The questionnaire included queries about auto repair knowledge, car part identification, and other components of automotive knowledge. 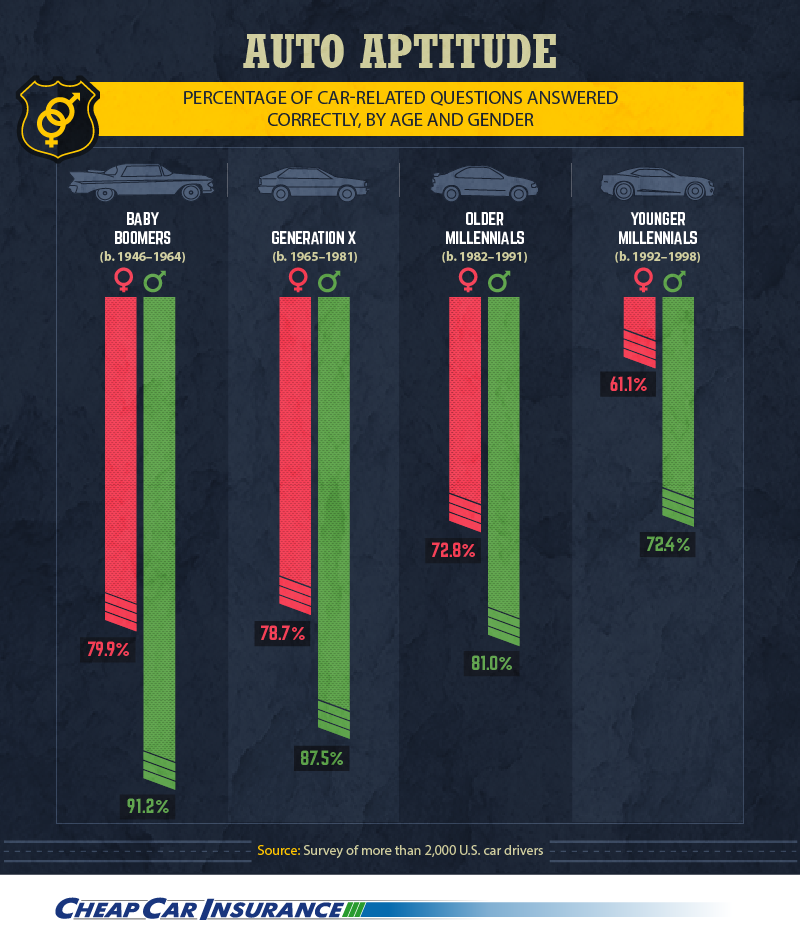 The study also showed the huge difference between Boomers and Millennials when it comes to the ability to operate a manual transmission. While nearly 60% of the former was capable of driving a stick shift, only 20% of the latter possessed the ability. In fact, nearly half of all younger Millennials said that they were “clueless” when it came to the task.

The survey revealed a similar disparity when it came to the ability to take care of an overheating car: 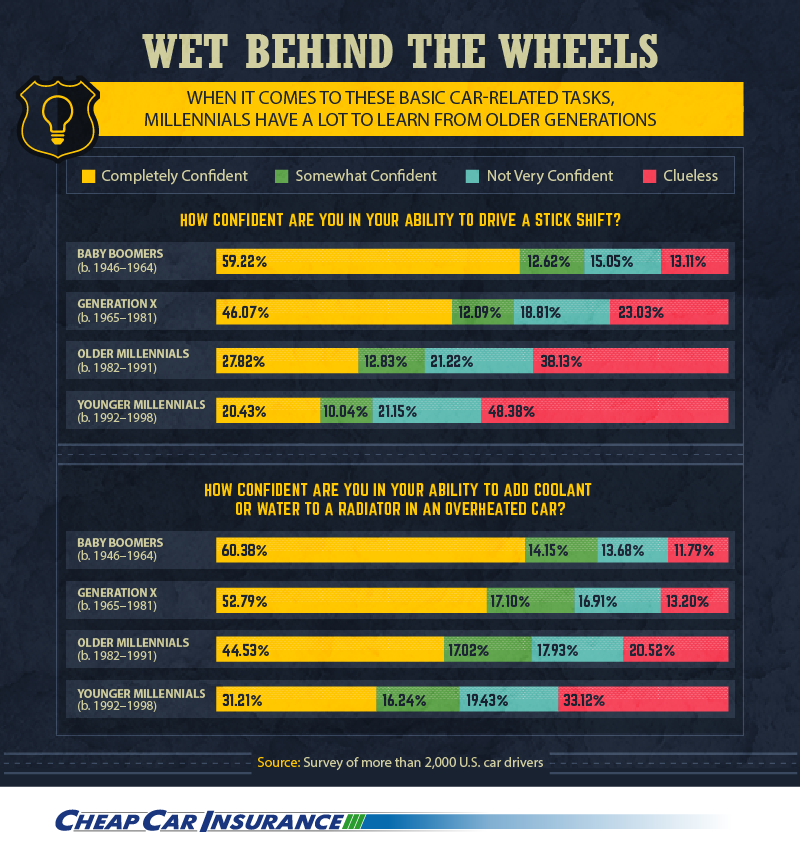 Of course, the purpose of this study wasn’t entirely to tell kids to get off of our damn lawn.

The results also showed one automotive area in which young folks are actually outpacing their parents and grandparents: tech-savviness. 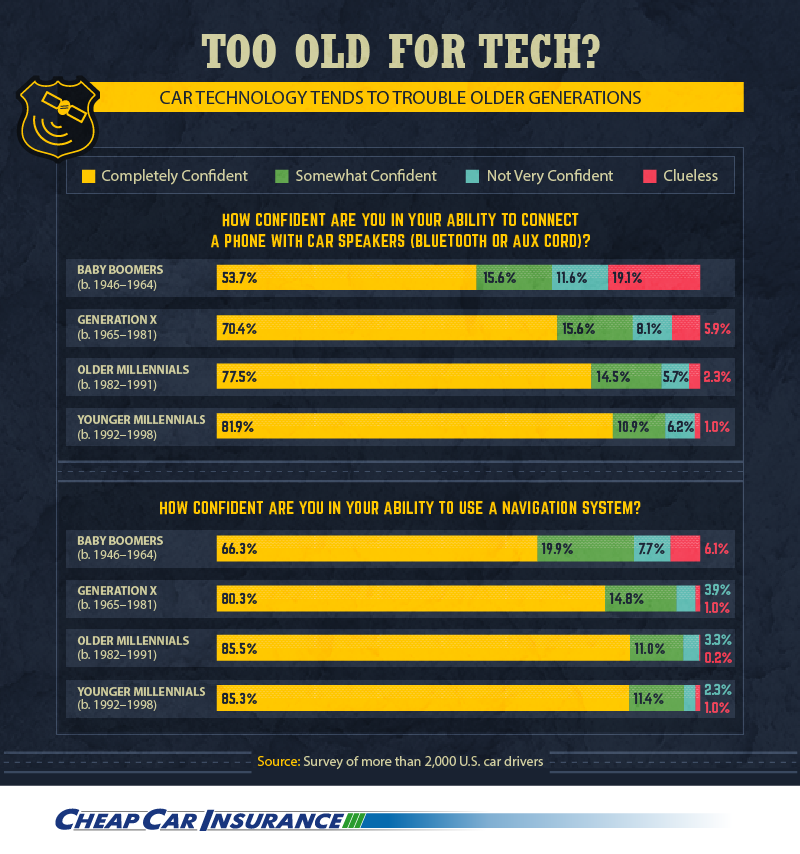 It turns out, Millennials are better than Boomers at using modern navigation systems, and much better at connecting their phone to car speakers using, whether using Bluetooth or an auxiliary cord.

So the younger generation may not be able to fix their car when it breaks down on the highway, but they’ll be much more adept at calling a tow truck on their smartphone.