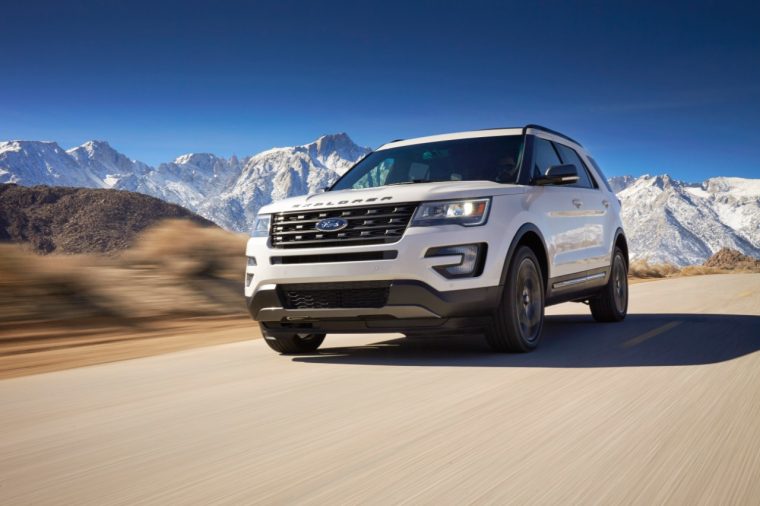 Ford loves selling vehicles, commissioning and reporting the results of various studies related in some way to vehicles, and connecting the reported results of those various and sundry studies to the popularity of the vehicles that it sells. If you don’t believe us, Ford on Thursday pointed to the results of a vehicle customer study from MaritzCX as an indicator of the popularity of its 2017 Explorer Sport among Gen-Xers.

According to the study, the Ford Explorer Sport is the most popular non-luxury SUV among Gen X buyers in the United States. This isn’t because Ford sells each vehicle with complimentary copies of Empire Records, Singles, and Reality Bites on DVD, but because shoppers from that particular generation just love its 3.5-liter twin-turbo EcoBoost V6. It’s almost as powerful as Steve Perry’s vocals.

According to Jim Mulcrone, director of research services for MaritzCX, 40% of people who buy Explorer Sports today qualify as Gen-Xers compared to the average of 23% for other mid-size SUVs.

“Ford has a very interesting customer with this product, and what’s unusual is that many are buying it without trading anything in,” he says. “Our study shows that while 17% of all non-luxury SUV buyers classify themselves as ‘specialty professionals,’ that number is closer to one in four with Explorer Sport. It seems this product is breaking through.”

Breaking through, just like David Hasselhoff and his unforgettable piano tie at the fall of the Berlin Wall. When it comes to “specialty professional” Gen-Xers shopping for a non-luxury midsize SUVs, they, like The Hoff, are just Looking for Freedom.

According to the study, the average household income for Explorer Sport buyers is $175,000 compared to the average of $112,000 for buyers of other midsize SUVs, which suggests that Ford is attracting more customers away from premium brands. MartizCX confirms as much by showing that new Explorer Sport customers are twice as likely to trade in a premium vehicle than buyers of other midsize SUVs. RADICAL! TUBULAR! BODACIOUS! JNCO!

“When consumers look at Explorer Sport, they see all the style and performance of a luxury SUV, but at roughly $20,000 less,” says Omar Odeh, Ford Explorer marketing manager. “Our surveys show Explorer Sport owners highly rate such attributes as ‘power and pick-up,’ ‘fun to drive,’ and ‘overall performance.’ The best part is they represent incremental buyers for us, in that some don’t even set out looking at the Ford brand. Explorer Sport is proving it can stand on its own.”

Standing on its own among Gen-Xers, much like how Nirvana’s Nevermind stands on its own as one of the greatest and most important albums of all time. That baby swimming after the dollar bill really knew what was up.