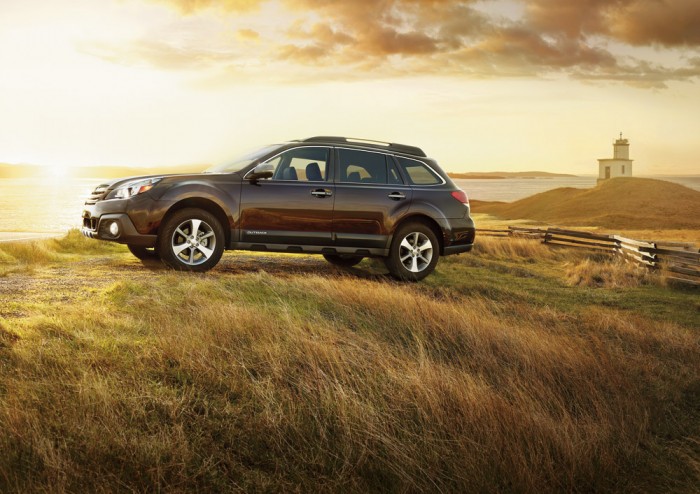 The Subaru Outback was first introduced in 1995 as a crossover option for the rugged brand and was considered the first of its type. It quickly became a popular option for outdoor-lovers everywhere, establishing itself as a top choice for those looking for an adventure, which is a trend that appears even today.

The Outback was first introduced as a derivation of the second generation Subaru Legacy, offering more space and off-roading appeal than the sedan, which attracted consumers looking for a durable and practical car. Because it was truly the first of its kind, the Outback was an instant hit with consumers, inciting the current influx of crossover vehicles in the car industry.

Though there were only a few differences between the styling of the Legacy and the Outback in the beginning, when the current Outback model was introduced at the 2009 New York International Auto Show, it signaled a move away from the Legacy’s design influence.

When the Outback was first introduced, it was mostly considered a separate trim package of the Legacy wagon. Now in its fourth generation, the Outback has come into its own, establishing multiple trim levels and a variety of powertrains, including a diesel option.