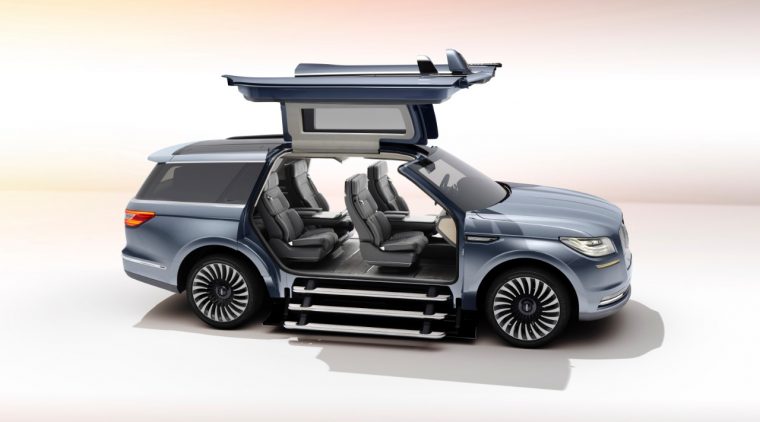 The best place to start with the new Lincoln Navigator Concept, perhaps, is by saying that looks quite good with the doors closed. It’s the natural progression of the style introduced with the Lincoln Continental Concept in New York last year and carried on through the production-honed Continental and the new-look MKZ.

There isn’t much on display on the exterior that seems outside of the realm of possibility for the production model to come, and that bodes well for the Navigator’s direction. It’s got a really great profile, one that is decidedly more Range Rover-esque than clunky land boat, and one that compares favorably to the current model. Nowhere is this improvement more evident than in the rear, which is considerably more attractive and has far more character than the current-gen Navigator’s box-butt.

The Navigator Concept also looks pretty wonderful on the inside, though it will probably look better in almost any color other than light blue. The seemingly Model X-inspired gullwing doors, for as impractical as they would be in many real-world circumstances on a vehicle of the Navigator’s size, represent a good degree of outside-the-box thinking in the direction of a feature that is very un-Lincoln-like and would likely be better suited for a small crossover or sports coupe. Still, they are almost certainly there entirely for the purposes of saying “hey, everyone, look at our cool Navigator,” and to the extent that they are eye-catching in a generally positive way, they work. 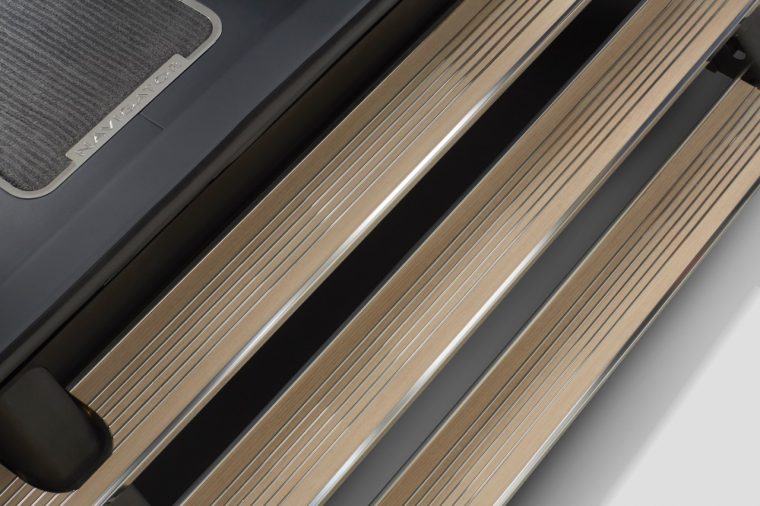 Granted, the production Navigator that is eventually revealed at some far-off auto show will almost certainly forego the odd, three-tiered concertina steps. As well they should; they’re inexplicable and weird in all the ways that features on a concept vehicle shouldn’t be. And while they serve a function more so than the gullwing doors, the single power-deployable step available on the current Navigator would serve the same purpose while looking about a third as goofy.

Apart from the weird steps and the other features you wouldn’t expect to make the cut, the Navigator Concept manages to paint a pretty accurate picture of a better Lincoln boat to come. Maybe the next concept could go an ever-so-slightly wackier route, though. How about a full-scale library with oaken shelves and an integrated bourbon decanter and cigar humidor, maybe an ornate elevator with attendant, and a shuffleboard deck?