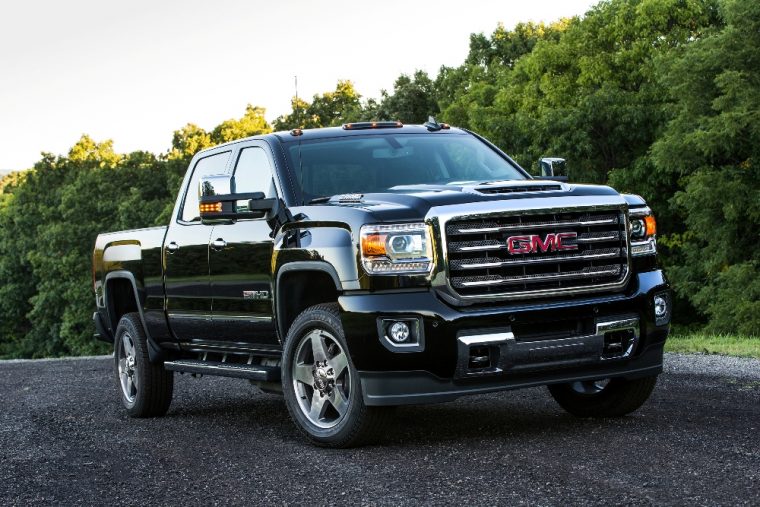 After weeks of teasing the new Sierra HD pickup, GM has finally shown its newest truck to the world and made the major announcement that a redesigned Duramax 6.6-liter turbo-diesel motor will be offered for the 2017 model year.

Fuel For Thought: Find out what torque actually is and how it impacts accleration

This redesigned engine will provide an SAE-certified 445 horsepower and 910 lb-ft of torque. Peak torque can be reached at just 1,550 rpm and can be sustained up to 2,850 rpm. This improved torque rating means the 2017 Sierra HD will be able to tow up to 23,300 pounds, but that’s when the truck is equipped with the optional gooseneck/fifth-wheel trailering prep package.

Besides providing increased performance, the new diesel engine will also be quieter and smoother that last year’s 6.6-liter diesel motor, according to General Motors. To tell the truth, GM says that engine noise has been reduced by as much as 38% when the motor is at idle.

To cool that powerful turbo-diesel, the 2017 GMC Sierra HD will feature a new bold hood scoop, which directs air towards the engine in order to help keep it cool. This advanced cooling system can also filter out moisture from the air that it sends to the engine. This allows the 2017 Sierra HD to operate at its peak, even in wet and rainy conditions.

The 2017 Sierra HD will also come with a new rocker cover, a new damped steel oil pan, and its 6.6-liter turbo-diesel engine will now be B20 bio-diesel compatible. In addition, this truck will be available with wireless charging and a remote locking tailgate, while HID projector-beam headlamps with GMC-signature LED lighting will come standard.

Dare To Compare: See for yourself how the new Sierra HD stacks up against the 2015 model