The Matrix makes an exit with no plans to revive the compact model.

Toyota doesn’t have the authority to discontinue the Keanu Reeves flick that saw its third and final installment in 2003, but it does hold the power to do so with its sporty hatchback that shares the same name: The Matrix. 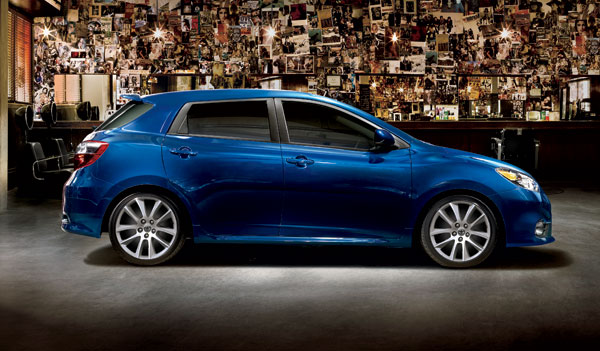 Toyota recently announced that the Toyota Matrix has been discontinued.

The Japanese automaker announced last week that it will discontinue the Toyota Matrix for the 2014 model year after a decade-long run.

The Matrix was the product of collaboration between Toyota and General Motors (GM), which produced the Pontiac Vibe as a member of the Detroit carmaker’s lineup.  It was in 2002 that the Matrix first arrived on the scene as a hatchback variant of Toyota’s popular Corolla, and the vehicle entered its second generation in 2008 after a complete redesign.

It is unclear if Toyota has any plans to replace the Matrix for 2014 or beyond.  The hatchback was manufactured at Toyota Motor Manufacturing Canada in Cambridge, Ontario, and was only sold in the U.S., Canada and Mexico.

What kind of vehicle would you like see fill the void left in North America by the departure of the Matrix?

Related: Watch the Muppets Jam out in the Toyota Highlander