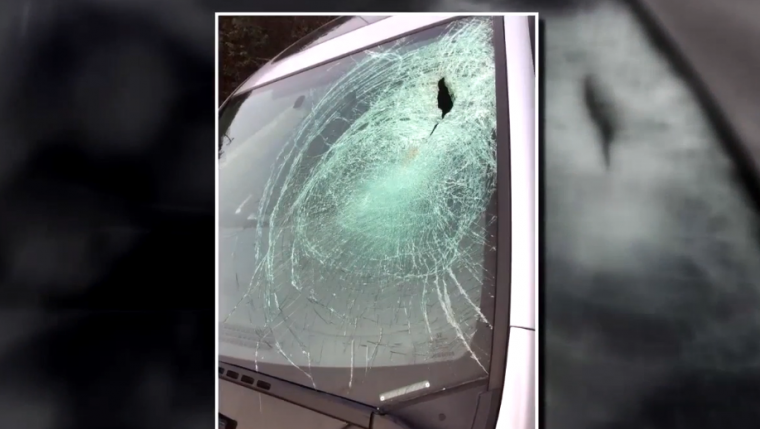 A rogue seagull attacked an innocent Honda Civic that was driving just south of Seattle last weekend, breaking through the car’s windshield and terrifying its driver, Sara Altschule.

“It sounded like a huge explosion,” Sara said of the impact. “It hit my windshield. It shattered all over me. I had no idea what it was.”

Despite pieces of safety glass ending up in her hair, skin, and mouth, Sara was not seriously hurt, and somehow managed to merge from the fast lane over to the right shoulder of the road without causing any accidents.

Highway Craziness: Check out these tips for surviving a traffic jam

Although Sara survived the encounter, the seagull did not, so unfortunately we can’t question him about his motives. We naturally assume he was a diehard Toyota Camry supporter who took a kamikaze dive into a rival Civic, but Sara seems to think he may have been inspired by a classic horror film.

“I am living a real life Hitchcock movie,” Sara joked to Jezebel.

Sara and her boyfriend had the Civic’s windshield repaired later that day, but are still finding occasional feathers and pieces of glass in the car. Despite the terror and inconvenience the gull caused her, Sara has made peace with her assailant.

“I know it wasn’t the bird’s fault, but it really showed me what a relatively small animal can do when you’re heading down the freeway,” she told KOMO. “Especially one that’s coming from a place you’d least expect.”

Winter Driving: Are snow tires really worth having?