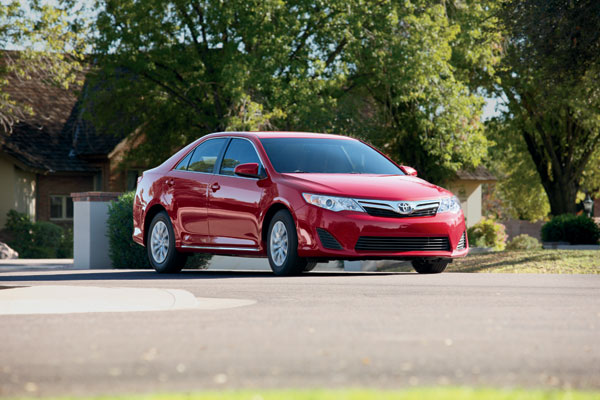 When Toyota first introduced the Camry to the market in 1982, we’re pretty sure they didn’t expect the sedan to cause such a big splash, but splash it did, quickly becoming—and remaining—one of the leading nameplates coming off Toyota assembly lines. Now, the Camry has established itself as one of the top go-to mid-size sedans in the industry.

The Toyota Camry is now a mid-size sedan, but it wasn’t always offered in this size. When it first began production at Toyota’s Aichi, Japan, assembly plant in March 1982, the Camry was considered a compact sedan. The move towards a mid-size car wasn’t until 1991 when a global demand for a larger sedan made itself apparent.

Besides the move from the compact sedan segment to the mid-size, there have been multiple changes to the Toyota Camry throughout its six generations. Rather than its original two trim levels—DX and LE—the Camry is now offered with four different trim choices—CE, LE, SE, and XLE. There are also a range of powertrain options, including a hybrid variant.