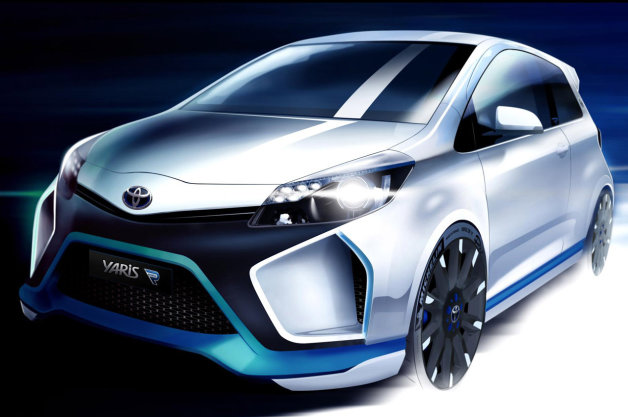 Hybrid is synonymous with fuel efficiency and practically an antonym to power.  It isn’t uncommon to see hybrid returning 50+ mpg city, but finding one with that kind of fuel economy rating that also generates over 100 horsepower is a daunting task.  Toyota is now flipping that script and is using the same electric motors it uses to boost fuel ratings for additional ponies.

Enter the Yaris Hybrid-R.  This vehicle is nothing short of revolutionary.  Toyota has created a powertrain that combines a 1.6-liter, turbocharged four-cylinder that pumps out 300 horsepower with two of the Yaris’s standard electric motors that produce 60 horsepower a piece.

That’s a lot of horses when added up – 420 to be exact, which has us daydreaming.  Imagine pulling up to a red light next to a Mustang or Camaro, glancing over only to have the driver scoff at your Toyota Yaris and then you proceed to blow them off the line.

It’s an impressive image to play in your head, but will you be lining up to buy a Toyota Yaris Hybrid-R and make it a reality?