Toyota in Texas: Bringing the Party to Plano

Back in April, Toyota announced it would be packing its bags and moving headquarters from its long-term home in Torrance, California, to the Dallas suburb of Plano, Texas. Now, as Toyota’s moving date draws closer, the Japanese automaker is thanking its new neighborhood for the warm welcome it’s received by throwing one heck of a block party. 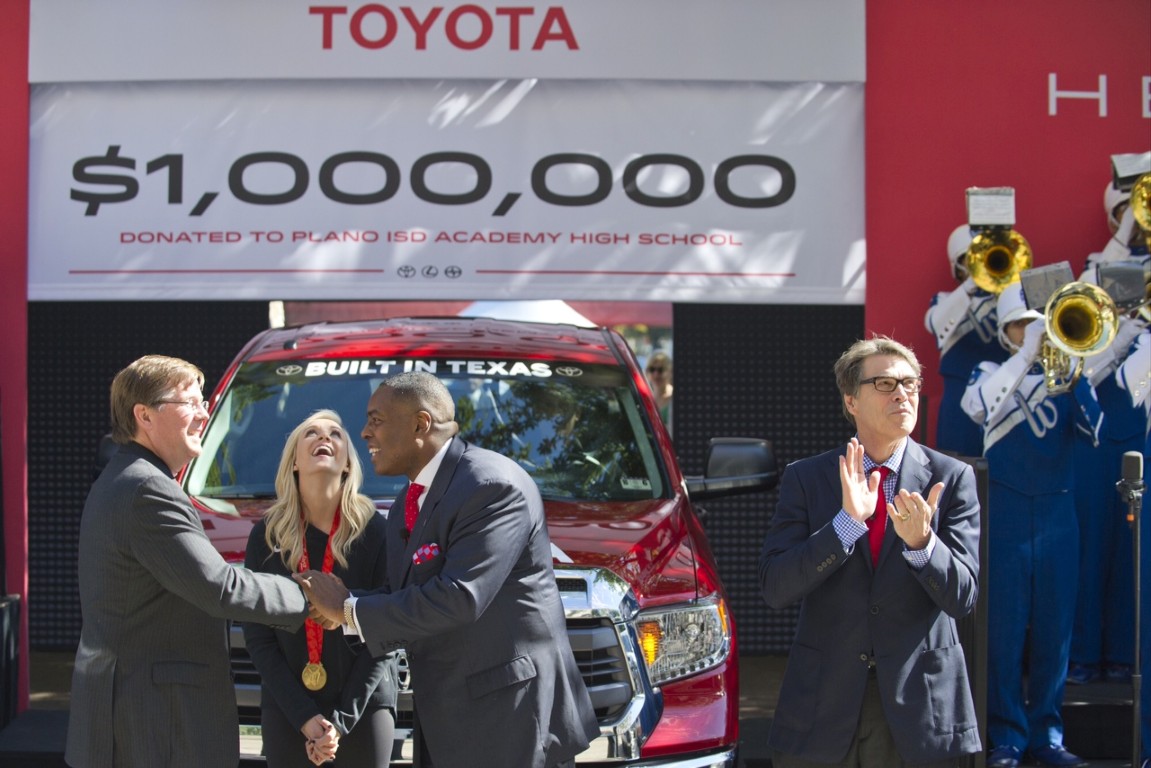 Plano’s warm welcome of Toyota in Texas isn’t surprising given the boost the carmaker’s move will make to the local economy. To thank the community, Toyota kicked off the block party by announcing two donations to benefit the City of Plano—a $1 million donation to the Plano ISD Academy High School (which places emphasis on science, technology, engineering, arts, and mathematics, or STEAM), and a donation of six Tundra pickup trucks to the City. Following these announcements, Toyota invited civic leaders, business partners, and neighboring corporations to join in the celebration.

“Toyota is committed to being a model neighbor and corporate citizen,” declared Toyota North America CEO Jim Lentz. “We are pleased to join other local businesses in supporting the STEAM curriculum and helping open the eyes of students to career opportunities in these fields. We look forward to furthering the school’s mission to inspire tomorrow’s leaders through problem solving, team building, mentoring and student immersion into the business world.”