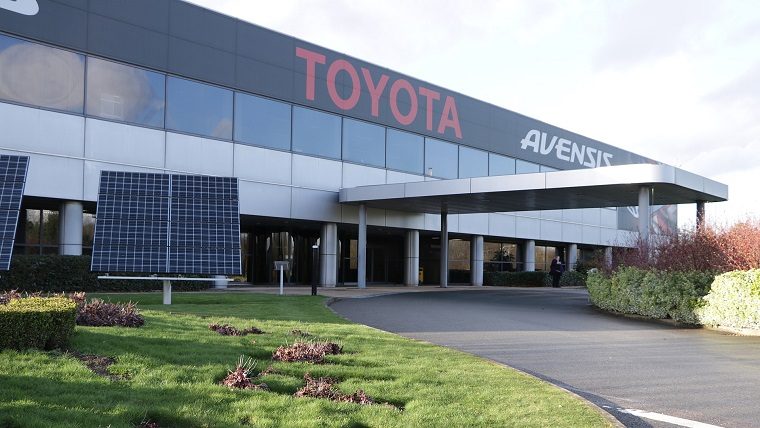 Toyota is the latest auto manufacturer to reiterate the warning that a “no-deal” Brexit would lead to unprecedented production stalls at its Burnaston plant in the UK.

Last year, Burnaston produced nearly 150,000 cars, with 90 percent exported to nations belonging to the European Union. Toyota says that leaving the EU would cause temporary stoppages and possible job losses.

The reason is that like most other automakers, Toyota operates using a “just-in-time” production process, whereby car parts are not stored on site but rather smoothly and continually delivered from within the UK and Europe throughout.

Parts currently arrive at Burnaston every 37 minutes and contribute to the production of £12 million in cars per day. Should these parts be checked at Dover and Calais as a result of Brexit, Toyota says the production stoppages could last “hours, days, weeks — even months.”

“My view is that if Britain crashes out of the EU at the end of March, we will see production stops in our factory,” Marvin Cooke, the managing director of Toyota’s Burnaston plant, told the BBC. “It would reduce our competitiveness. Sadly, that would reduce the number of cars made in the UK and that would cost jobs.”

Toyota is not the only other manufacturer to express these concerns. Honda warned Brexit could force it out of the UK for similar reasons earlier this month, and BMW announced it was planning to shut down its Oxfordshire plant for a month.

Greg Clark, UK’s secretary of state for business, energy, and industrial strategy, admitted that the warnings were “concerning,” but pointed to the proposed Chequers Brexit proposal as a possible solution “precisely calibrated to avoid those checks.”