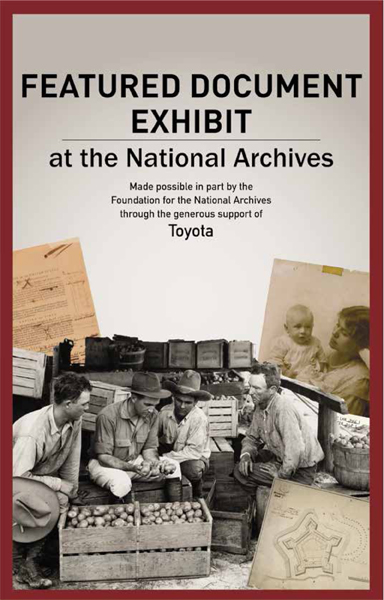 Imagine the United States without the Constitution. Or even England without the Magna Carta. These historical documents allow us to learn about our countries’ heritage, but they’re also so much more than that. In the case of the GI Bill of Rights, this document marks the US’ commitment to helping veterans who fought bravely for their country by helping them to fulfill their dreams of becoming homeowners, college graduates, and business owners. Now, Toyota’s National Archives Museum gift will help preserve the GI Bill of Rights (1944), along with numerous other important historical documents, for future generations to view and learn from.

The GI Bill of Rights and other documents, like the Congressional passage of the Bill of Rights (1789) and President Nixon’s resignation letter (1973), will be protected for the foreseeable future, thanks to Toyota’s National Archives Museum gift of $100,000. The GI Bill of Rights may be displayed on exhibition for an estimated two to four weeks at a time before removal, due to strict conservation guidelines. But now, interested parties may view the document online when it’s not on display at the National Archives, helping broaden its reach exponentially.

Ex-Marine and current Toyota Senior Advisor, Don Esmond, was thrilled with his company’s decision to support the National Archives’ conservation effort. Esmond commented, “It’s an honor to have Toyota preserve this special part of America’s rich history because of its impact on so many veterans, who sacrificed so much to keep our country safe and free. It’s important that they are given help restarting their civilian life.”

This is one of many ways Toyota is dedicated to helping United States veterans. Other programs and initiatives include the “Hiring Our Heroes” program, as well as the U.S. Chamber of Commerce’s National Chamber Foundation, which helps transition veterans from military to civilian jobs.