John Travolta had a pretty productive 2018 if only because he starred in Gotti, one of the most hilariously bad films of the year. If the official trailer for Trading Paint — and the haircut he’s sporting in the Fred Durst-directed (yes, that Fred Durst) Moose — is any indication, Mr. Saturday Night Fever could have a similarly notable 2019.

Trailer: Trading Paint (Not Yet Rated)

Down and Dirty: The off-road-capable Ford Ranger is the most efficient midsize pickup in America

It’s difficult to put a finger exactly on what about this trailer makes it seem like Trading Paint is going to be a good-bad movie.

Is it the terrible speedway announcer voiceover (CAM MONROE IN THE LEAD WITH A NEW CAR AND A NEW CREWWW)?

Is it the derivative story centering around the quarrel between an ambitious son who thinks that his father may be holding him back, a father who puts family above his own ambition, and the slimy surrogate bad-dad who wants to drive a wedge between them?

Is it the realization that the focus on tough-guy-good-ol’-boy culture and trod-to-death father-son tension will almost certainly relegate Shania Twain, probably one of two to three women who will feature prominently in the movie, to the role of barely visible background character and narrative band-aid?

Is it the fact that the trailer is paced, scored, and edited like an energy drink ad?

Is it just the general state of this guy? 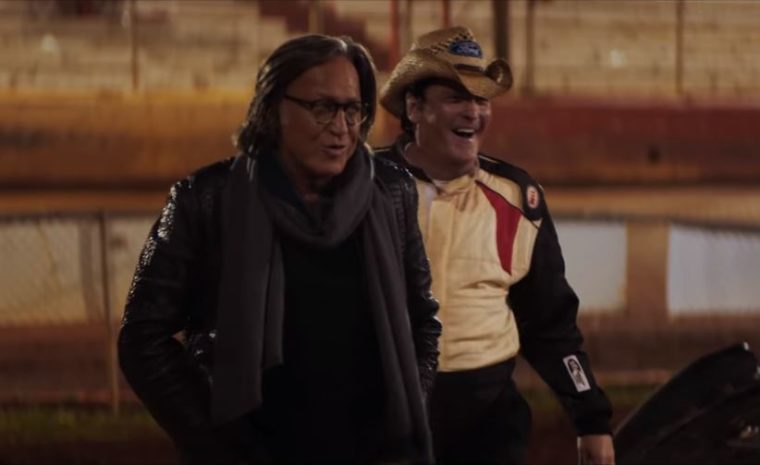 WHO ARE YOU, FRIEND?

Chances are whether it’s good-bad or bad-bad, Trading Paint won’t set the world on fire when it drops — whenever that happens to be. IMDB lists the film as being in post-production, but there’s no release date set. No doubt this trailer will kick off a bidding war between all the big streaming services eager to see if Sam and Cam patch things up at the end of a film after a big unifying event in the third act (probably when slimy-ass Michael Madsen does something slimy-ass like wreck Cam to win the big race or whatever).

If nothing else, Travolta (or his stunt driver) gets to do some sick donuts in a 1970 Ford Mustang Boss 302. So it’s got that going for it at least.

“I haven’t had this much fun since I played a Psychlo in one of the worst movies ever made!”

Speaking of Mustangs: Rumor has it that a four-door Mustang sedan may be in the works