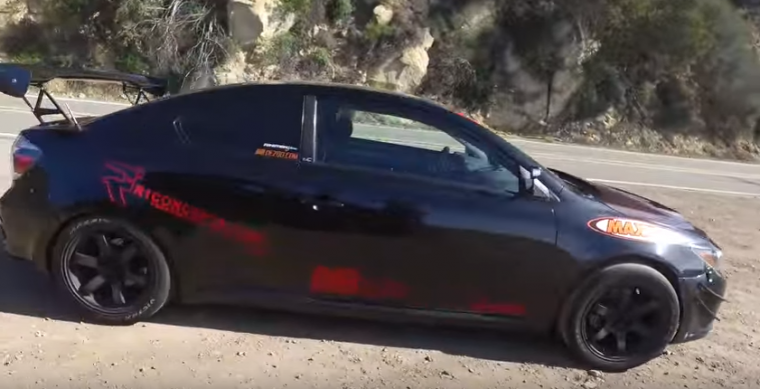 The Scion tC is a nice car, but it’s hardly the type of thing race car enthusiasts dream of—until now. One driver decided to make a stock tC into his track car, complete with a veritable butt ton of track-ready modifications. The result? A super speedy car that sends a whopping 350 horsepower to the rear wheels, which accounts for more than 400 hp at the crank.

Driver Matt Farah of TheSmokingTire podcast and YouTube channel took the modded tC out for a spin with its owner, who bought the car completely stock and did all the modifications himself. Farah is no stranger to fast cars, but even he had trouble keeping the car in a straight line through the twisty, windy roads of Malibu. In the video, you can hear the wheels practically ripping the road as they whip along the varying terrain. Even at half throttle, the car exhibits a monstrous amount of pickup and speed. 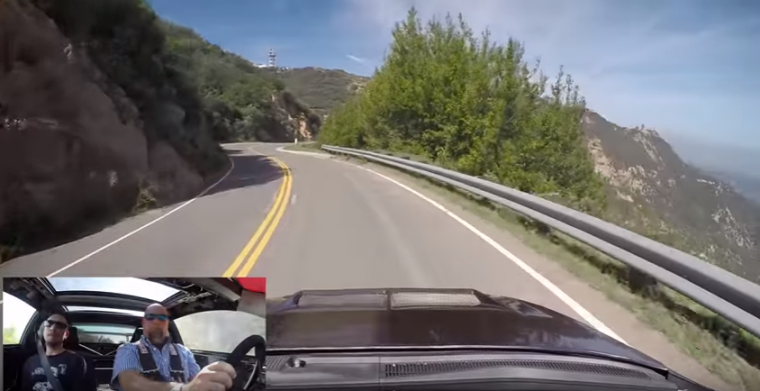 Some of the modifications on this car include a GT30R turbo kit, a three-inch exhaust, slick tires, Function and Form suspension, and upgraded springs. All this combines to create something that Scion probably never thought the tC hatchback could be—the ultimate track car, capable of competing in time attack contests with the best competitors out there.

Watch the full video to get a taste of the Scion tC race car in action—just make sure you hold onto your seat, because you’re in for one heck of a ride!