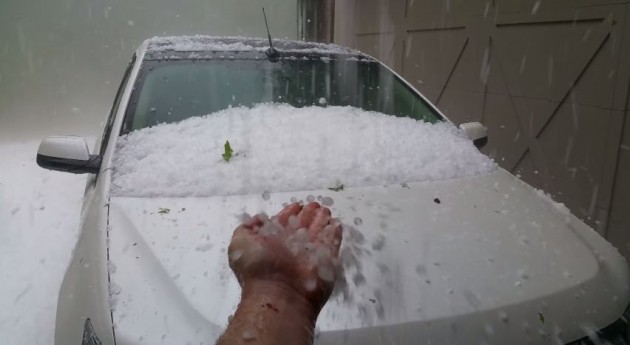 You know what’s the worst? Weather. Weather is the worst. Just ask this gal, who had three vehicles parked outside of her garage on a sunny Tuesday in Gatlinburg, Tennessee, when it suddenly began hailing. We’re talking a comical amount of hail here.

Kelly Champagne had no choice but to leave her Ford Edge, Honda Odyssey, and Nissan Pathfinder out in the storm because, according to a response to insanely-accurately-named meteorologist Ken Weathers, she had yet another vehicle in the garage.

Well then. As the video shows, hail piles up at an alarming-enough rate that one almost immediately has to wonder if it’s not somehow put-on. Of course, it is absolutely not put on. It’s completely and utterly authentic. And it is terrifying. Because weather, you see, is the worst.