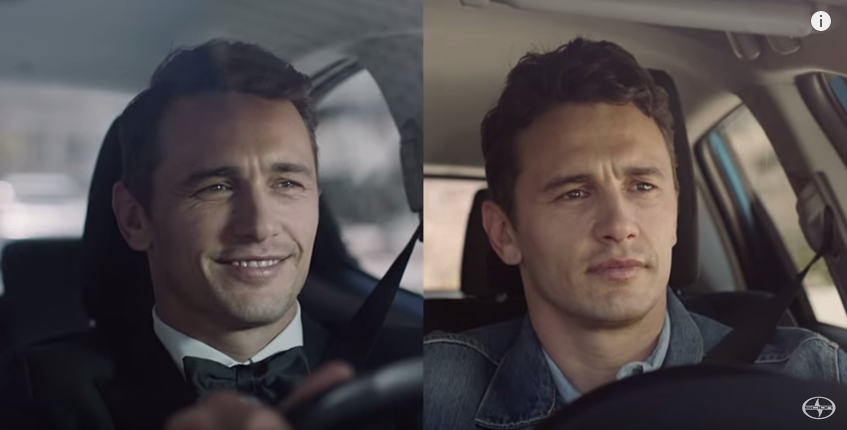 Ever since the Scion iA and iM were announced, the automaker has been promoting the crap out of the two new models. Recently, Scion partnered with a range of celebrities and artists to create videos showing how the models fit into everyday life. Now, the automaker has enlisted the help of actors James Franco and Jaleel White, plus an inflatable tube dude, to create a series of 30-second commercials designed to appeal to the cars’ target audience—independent-minded Millennials.

The three commercials are part of Scion’s new campaign entitled “Weird, Right?” and mark the brand’s biggest ad campaign since 2003. Scion evidently wants to move as many of these bad boys as possible with the help of some well-known stars.

Check out the current commercials below, and watch out for two more—“Vampire with a Man Bun,” and “Stockphoto Business People”—to be released over the next couple of months.

The first video shows the two sides of James Franco—actor and artist—driving the Scion iA and iM. The narrator highlights the vehicles’ main selling points: practicality and Scion’s no-haggle sales process, while following the two Francos as they go about their daily lives. It’s a good time all around.

Perhaps you don’t recognize Jaleel White’s name immediately, but you’re sure to recognize his face. The actor is best known for his portrayal of the nerdy/slightly creepy Steve Urkel from the hit ’90s sitcom Family Matters. Urkel himself makes an appearance as a wax figure riding shotgun with Jaleel, and the two embark on a journey that displays the Scion iM’s dual-zone climate control, touchscreen audio system, and power folding exterior mirrors (plus plenty of laughter).

In this commercial, the car dealership tube man has finally made his escape in the new Scion iA. Tube man is so excited about safety features like the rearview camera and the low-speed pre-collision safety system that he starts flapping around, spilling his coffee all over the passenger seat.