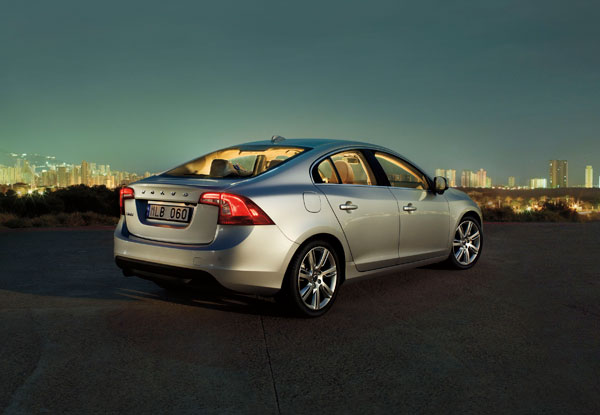 The Volvo S60 was first introduced to the market in 2000, bringing everything Volvo is known for—safety, classy styling, and sleek appeal— to the table in a compact body. Even now, the S60 continues to dress to impress, increasing its United States sales during a time when Volvo is struggling to reach its retail goals.

The S60 is a compact sports sedan that is manufactured at Volvo’s Ghent Factory in Ghent, Belgium, and their Torslanda, Sweden, factory. It began initial production in 2000 and was introduced to the market to compete with the BMW 3-Series and Mercedes-Benz C-Class. Along with the regular sedan, Volvo also developed police specification models, which it sold in the UK and EU, and the S60R, a sporty, racing version of the vehicle.

When it was first introduced, the Volvo S60 went through nine years of production without any major changes with the exception of a few facelifts. Now in its second generation, the S60 offers more trim and powertrain options than ever before, including a plug-in hybrid variant for its estate model, the V60.

Volvo didn’t make the S60 just for the everyday consumer—it’s also well-known on the racetrack, having raced in a variety of championships across Europe, North America, and Australia. In Europe, the S60 is a frequenter of the Swedish Touring Car Championship, where it’s won the manufacturers’ title once and finished second twice.

In North America, the first generation S60 debuted in 2006 at the Speed World Challenge in the GT Class. The second-generation model made its introduction in 2009, winning both the drivers’ and manufacturers’ championships in the SCAA Pro Racing World Challenge in 2010.