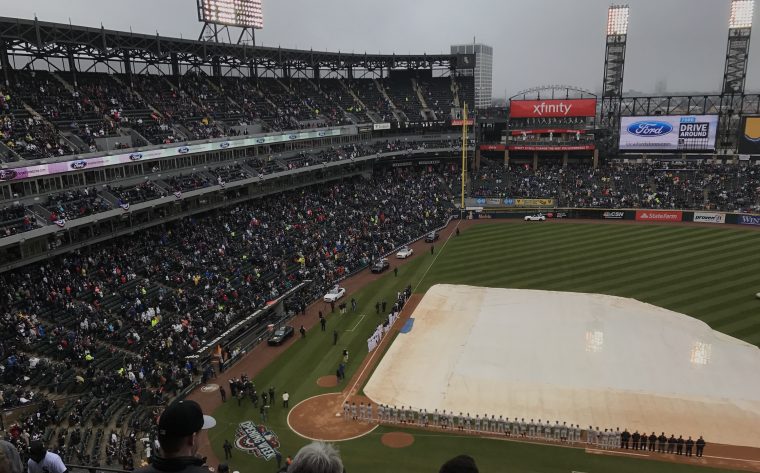 If you’re a casual baseball fan, you’re probably under the impression that Chicago started off their season yesterday with a 4-3 loss to St. Louis.

But it turns out you’re only half right. You see, if you were a close student of the game, you might know this interesting little piece of sports trivia: the city of Chicago actually has two baseball teams.

So while one of Chicago’s two teams (the popular one) kicked off its 2017 season yesterday, the city’s other, oft-neglected, south side stepchild of a team wasn’t supposed to play their first game until today. And then they couldn’t even do that right.

The Chicago White Sox, America’s most loveably unlovable baseball team, were scheduled start their season today at 3:10 pm, with a home game against the rival Detroit Tigers. Unfortunately, a miserable drizzle kept the tarp on the grass until about 3:30 pm, at which point, Sox players finally began to take the field… in Ford Mustangs! 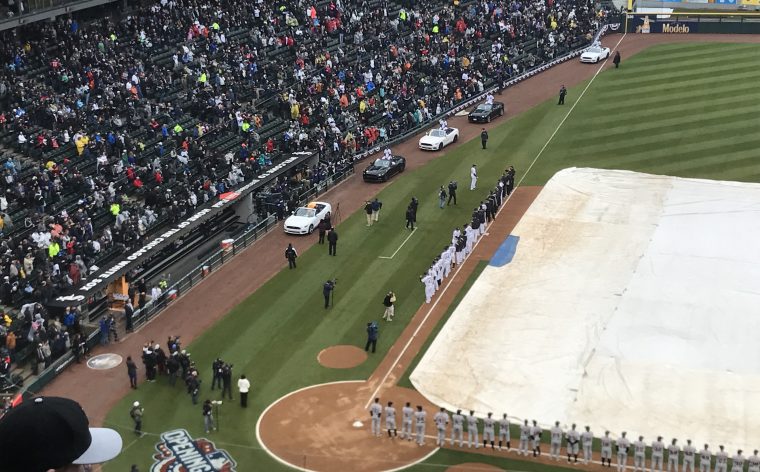 That’s right, all of them! Every single player in the lineup was taxied from centerfield to the dugout in either a white or black Mustang convertible, which then finished driving all the way around the field.

Gee, that sounds like it would take a lot of time, you’re probably thinking.

And you’re right! It did!

The White Sox are entering the field on Mustang convertibles. The Tigers watch, and look cold. pic.twitter.com/lt1wxNOE8x

After a while, there was some really bad bumper-to-bumper traffic starting to build up out in center. 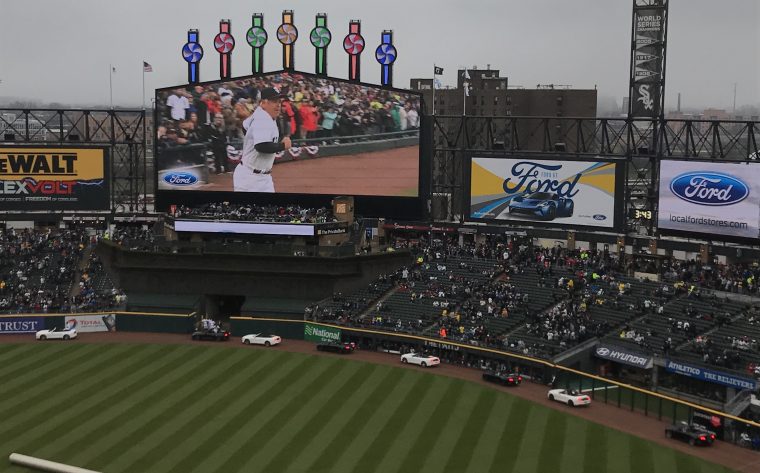 After this procession finally came to an end, two of the guys from REO Speedwagon sang the national anthem, and then it was time to PLAY BALL! Well, almost… the grounds crew began removing the tarp to a chorus of cheers, only to pause midway through, with the infield half exposed. After a few minutes of discussion, they then put the tarp back on, to a chorus of boos.

And then we entered an hour of détente, as it continued to rain lightly, and the White Sox—now finished with their bizarre Mustang parade—hid in the dugout. Finally, right around 5 pm, a sign on the jumbotron helpfully explained that today’s game had been postponed due to rain, and would be played tomorrow at 1:10 pm.

Now, a cynic might be inclined to believe that the White Sox knew all along that today’s game never had a chance of being played, but went through with the charade of Opening Day ceremonies in order to meet contractual obligations it has to sponsors like Ford, and then allowed its fans to twist in the wind for another hour in order to sell more beer and concessions, before mercifully calling the game nearly two hours after it was originally scheduled to start.

However, a glass-half-full kind of guy might say, “Hey, at least you got to see two of the guys from REO Speedwagon sing the national anthem!”

That’s a fair point—and one that I would probably find more persuasive if I hadn’t already seen all five guys from REO Speedwagon sing that same national anthem last year, when they performed it before the July 4th Sox game.

So your humble correspondent found little cause for celebration as he shuffled sadly out of Guaranteed Rate Field (yeah, that’s what they’re calling it now). But then, on my way to the train, I noticed a couple of men waiting outside the stadium for their car, one of whom was carrying a guitar.

And those men—you guessed it—were the two guys REO Speedwagon.

I complimented them on both anthem performances, and asked if they would pose for a selfie with me, which they kindly agreed to. 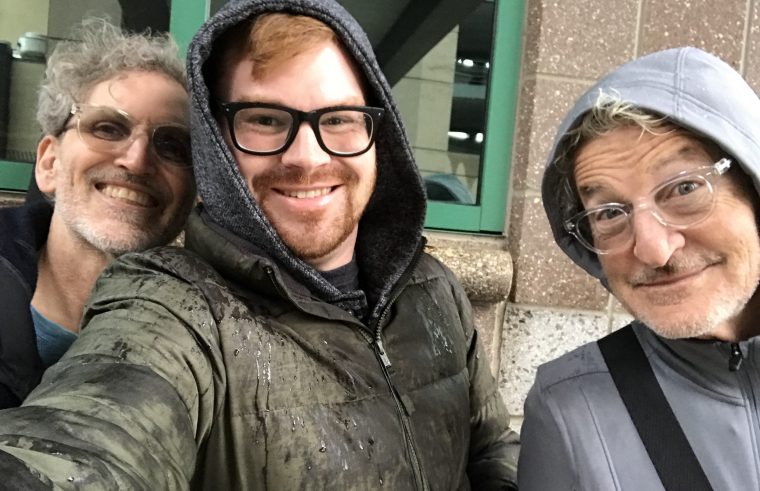 Such is the magic of a day at the ballpark—you never know what’s going to happen. You’ll probably see a baseball game… but maybe you won’t! You probably won’t see a bunch of Ford Mustangs… but maybe you will! You ALMOST CERTAINLY will not accidentally bump into two of the guys who recorded Hi Infidelity… but I totally did!

And that element of sheer unpredictability is the reason I’ll be attending tomorrow’s make-up game. What can I say, White Sox? You’re a terrible baseball team that can’t even manage to open the season, but I can’t help myself… I’m just gonna keep on lovin’ you.