Who is the Hot Dad in the Audi A8 Commercial? 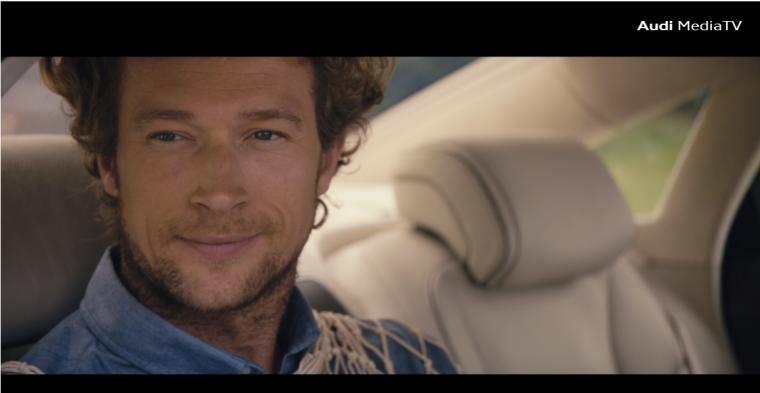 We watch a lot of commercials here at The News Wheel. Some days they are just boring, but sometimes they spur us to action and we spend an hour trying to find the name of the German model that plays a hot dad. Today was one of those days.

The Audi commercial in question was released in June as part of Audi’s partnership with Spider-Man: Homecoming. In the United States, we got a commercial showing Peter Parker taking his driving test in an advanced Audi A8 prototype. Europe got several smaller videos about a father and son interacting with the features of the Audi A8 with a sprinkling of Spider-Man instead. Take a look at the long form commercial below.

Considering the recent rash of particularly attractive men in car commercials, we decided to set out and figure out who the “Audi Hot Dad” was.* This task actually was a lot more difficult than when we looked for the Buick hunk, thanks to European practices when it comes to models. We were not the only ones searching for the model, as a commenter on YouTube asked Audi Deutschland about the commercial star. At first, Audi seemed to be helpful, saying they would ask, but returned to say that they were not allowed to publish his name, but they could share his agency, Thomsen Models.

More Tech in the Future: Learn more about the Audi Porsche partnership for autonomous electric vehicles 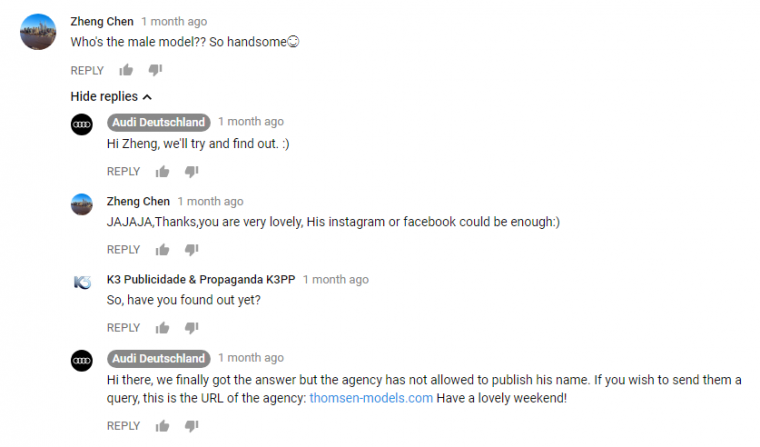 That’s when our detective spyglasses (AKA Google skills) came into play.

When we visited Audi Hot Dad (AHD)’s agency website, we were initially deterred by the fact that it was in German. Google Translate helped us understand the blog, where we saw a post touting one of the agency’s models in the Audi commercial. AHD’s name is Nils L. Success!

Fit for Royalty: Check out Princess Diana’s Audi that was just auctioned off

As Americans, we were convinced that our job was not done. Models in the US are all about promoting their personal brand, with many of them on Instagram or Facebook sharing selfies or examples of recent work. It seems as if that is not the case in Germany, as each agency site we found all named models solely with their first name and last initial. When we searched Google for AHD/Nils, we did find Instagram photos featuring him from when he was represented by a different agency, Brüderchen und Schwesterchen.

From there, we were able to find a bit more information about Nils L., including a modeling agency listing that told us more than we wanted to know about him, like his shoe size (12/13) and height (about 6 foot three inches). It was then that we stopped because we were feeling just a tad bit creepy. We also had been researching for about an hour, thanks to Google Translate having to read everything for us, so it was time to move on.**

We were able to identify AHD as Nils L., but have yet to figure out his last name or find any social media profiles. We tip our hat to you Nils because you have been able to pull off the seemingly impossible in the digital age. If you do decide to come out of hiding, please feel free to reach out. The world wants to meet Audi Hot Dad!

* For the record, we also thought it was really cool how the Audi A8 could move itself forward in traffic and park itself in the garage. We were totally still paying attention to what the commercial was telling us.

**But if you want to take a look at one of his profiles, check out PS Models.