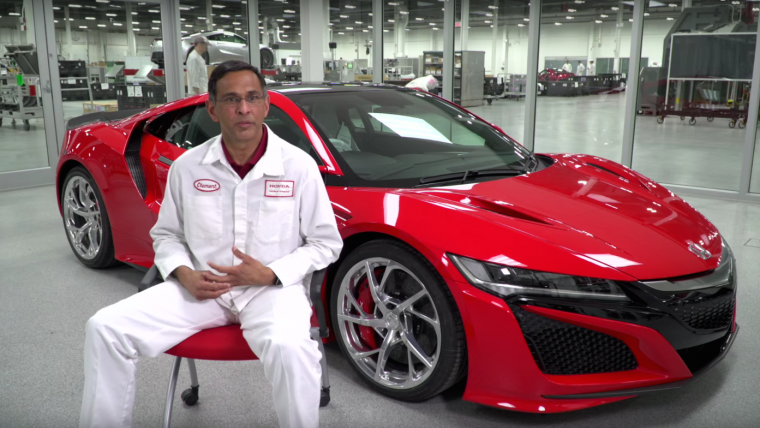 Since 2014, Honda has been using its “What Makes a Honda is Who Makes a Honda” YouTube video series on YouTube to highlight the employees behind the automaker’s many products, from cars to mobility devices.

The latest entry in the continuing series focuses on Clement D’Souza, the man who led the creation of the new Performance Manufacturing Center in Marysville, Ohio, which serves as the exclusive global production facility for the 2017 Acura NSX supercar.

D’Souza has now been working as a mechanical engineer for Honda of America, Mfg. for 26 years. Thanks to his years of expertise, the veteran D’Souza was given the opportunity to be the engineering project leader for the NSX in 2012.

The video also reveals that D’Souza is a world-class field hockey player, and once dreamed of playing professionally in his native India. Though that ambition never came to fruition, he has competed in the 2016 FIH Masters World Cup in Canberra, Australia, as a member of the US team.

D’Souza seems invested in Honda’s “Power of Dreams” mantra, saying his loyalty to the automaker comes from the fact that the work continues to challenge and inspire him.

“You can produce something in a new way,” D’Souza said. “The ability to dream and try something that nobody else has, I think that’s the reason I’ve been with Honda 26 years.”

D’Souza also emphasizes teamwork as a crucial component of the project’s success.

“The number one thing for me is the teamwork, relying on your teammates and the team around you, working off the same rhythm and the same passion to a common goal,” he said.