Manchester United vs. Real Madrid tickets sold out as early as April of this year, so many fans lost out on their opportunity to see their favorite teams battle it out at Michigan Stadium on August 2, 2014, as part of the Guinness International Champions Cup. Until now, that is. 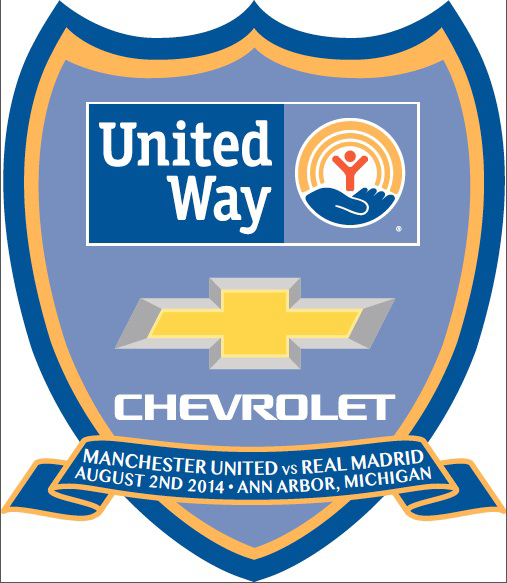 As the Official Shirt Sponsor of Manchester United, Chevy is offering six incredibly exclusive ticket packages in an auction at charitybuzz.com, with all proceeds benefiting United Way for Southeastern Michigan. One of the six ticket packages includes an “Ultimate Manchester United Fan Experience.” (Sorry, Real Madrid fans, but Chevy’s not sponsoring your shirts—what did you expect?)

The auction is open now and will remain open through July 22. Each package includes four Machester United vs. Real Madrid tickets, hospitality, and pre-game access, along with some other goodies. (The Ultimate Fan Experience package has the most goodies, obviously.) Each winner will receive a game-worn shirt, which now bears the Chevy bowtie front and center.

“Like the athletes who give their all on the field and the lifelong fans who go the distance to support them, Chevrolet wants to connect everyone with the spirit that makes soccer the world’s favorite sport,” said General Motors President, Dan Ammann, chair for the 2014-15 United Way for Southeastern Michigan Workplace Campaign. “From backyards to the ‘Big House,’ Chevrolet is proud to support our local communities and United Way.”