WV Law Enforcement: Be Responsible and Party On, Dudes 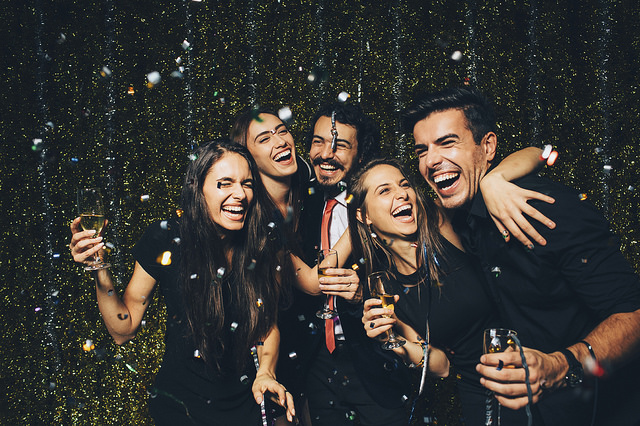 West Virginia officials ask party hosts to be responsible with the alcohol they provide at their festivities.

It may not be an exact quote, but West Virginia officials are asking residents to be responsible and party on at New Year’s get-togethers with friends and family.

The WV Governor’s Highway Safety Program agenda is simple: Cut down on drug- and alcohol-related arrests and car accidents.

Stay Safe: In the 2019 Mitsubishi Eclipse Cross in the new year

In a news release, Bob Tipton, West Virginia Governor’s Highway Safety Program Director, warns of alcohol consumption at this time of year and encourages people to speak up. “The holidays are a time of celebration,” he says. “But we urge everyone to use extra caution on our roads during this time of year. Many holiday events include alcohol, and this contributes to the number of impaired drivers on our roadways. Help us spread the message: Even one drink is one drink too many. If you feel buzzed, you are already drunk.”

Drugs are another concern. A recent news release in Huntington states that 50 percent of impaired driving arrests are due to drug abuse. Drugged driving became an escalating issue in recent years and prompted the National Highway Traffic Safety in February to develop a new campaign to end the toxic plague. While police will keep their eyes out for impaired drivers, they ask party hosts to be attentive to anyone doing drugs at their gatherings.

Find Out: How Mitsubishi has encouraged teenagers to not drive under the influence

All of us here at The News Wheel encourage responsibility and safety throughout the year. We hope you enjoy your time out with friends and family as you bring in 2019 together.