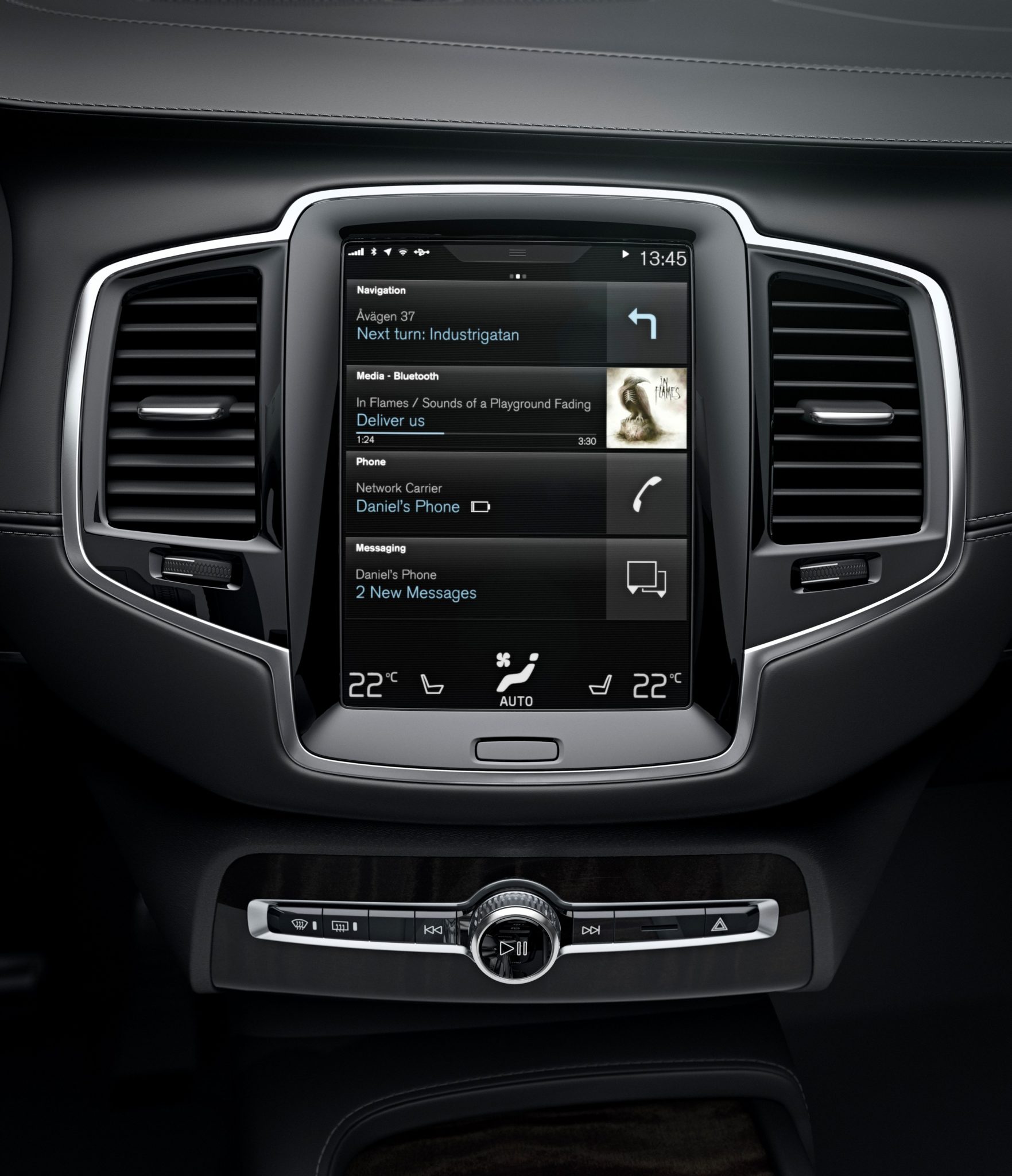 The upcoming Volvo XC90, which is being revealed from the inside out, is boasting “the most modern in-car control system on the market” in the form of a touch screen display in the center console that is ostensibly a small tablet, a futuristic head-up display, and thumb controls on the steering wheel. The result is an in-car control system that better utilizes space, makes interaction easier and safer, and takes full advantage of the latest technologies through Volvo Sensus.

“As cars increasingly become more connected to the Internet and are able to offer a far wider range of functions and entertainment services, the way in which the driver interacts with the car’s systems is becoming progressively more important,” said Dr Thomas M. Müller, Vice President Electrics/Electronics & E-propulsion engineering of Volvo Car Group. “It is essential that these services are offered in a way that does not reduce safety levels and in a manner that is easy to understand and optimized for the driving task.”

The use of a large touch screen panel eliminates the need for the more than 30 buttons that most in-car control systems utilize. Buttons on the steering wheel and voice control make interaction with Volvo Sensus even simpler, and the technology at work in the tablet interface even allows drivers to use the touch screen function while wearing gloves.

Volvo Sensus, the OS of the in-car control system, gives drivers access to cloud-based apps for internet radio, navigation, booking restaurants, and finding parking. The Connected Service Booking app will also notify about the appropriate time for and assist drivers in scheduling service appointments, and the SC90 will also be the first Volvo to receive Apple CarPlay. 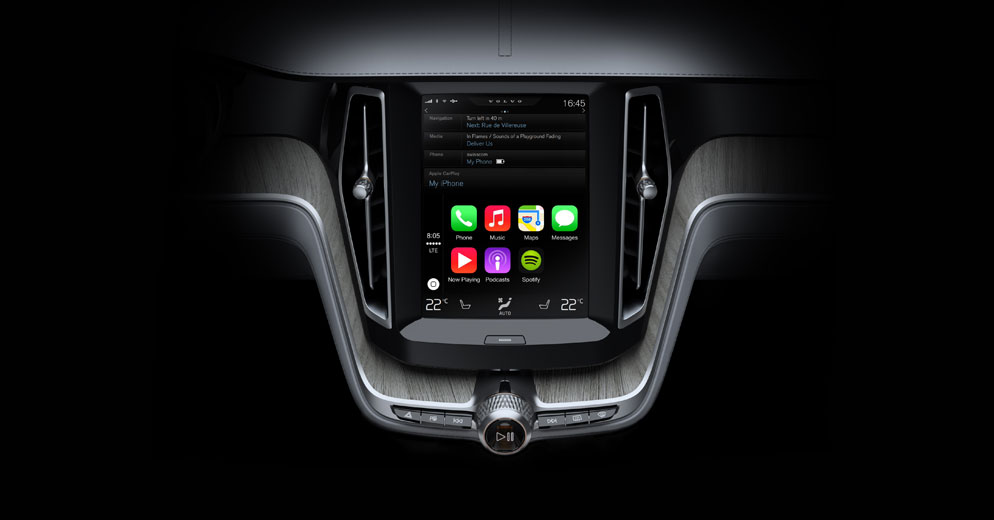 The objective of the smart center stack and easy-use system is to keep drivers’ focus on the road as much as possible, but it also helps serve the purpose of making the XC90’s interior a true thing of beauty.